After the weekend of matches, which included Newcastle United’s win over Leicester City, the rankings have now been updated.

As you can see, Bruno Guimaraes surging 59 places up to sixth top, following that man of the match display against Leicester, which included scoring the two crucial goals to win the match. 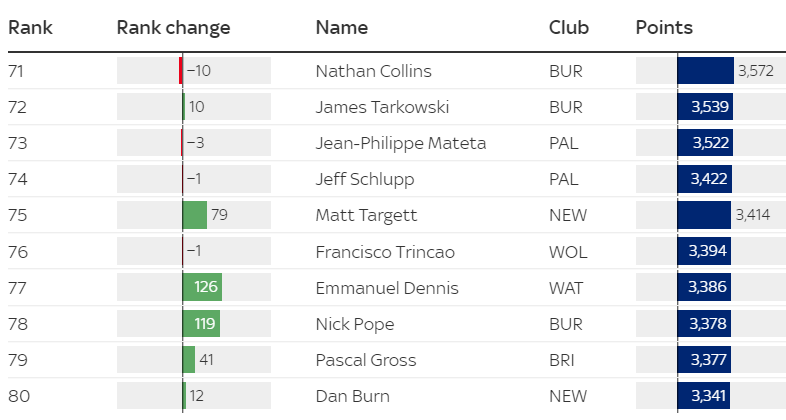 You have to then go way down to find the next highest Newcastle player in these Sky Sports form players rankings, with Matt Targett at 75, up 79 places. Yet another excellent defensive performance from the left-back and he started the move for the winning goal. Dan Burn then there at number 80, up 12 places. 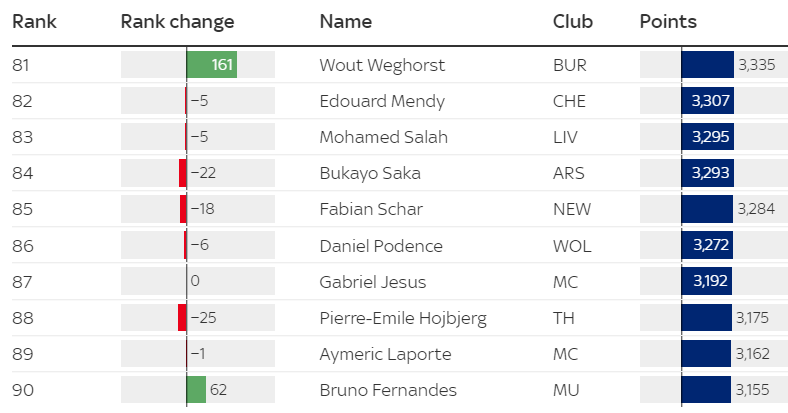 No surprise to see defenders dominating amongst the top Newcastle United players in the top 100 Sky Sports performers, with Fabian Schar at number 85, though he has dropped 18 places compared to the rankings the previous week after the victory over Wolves.

No other NUFC players in the Sky Sports top 100, although Emil Krafth is just outside at number 103, after arguably his two best performances for Newcastle in the wins over Wolves and Leicester.