Interesting overview of Newcastle United for the season and Saturday’s match against Norwich.

They have analysed all Premier League matches this midweek, including Newcastle United against Norwich.

Their computer model gives Norwich a 29% chance of a win, it is 27% for a draw and a 44% possibility of a Newcastle win (percentage probabilities rounded up/down to nearest whole number). So basically, Newcastle United rated at almost a one in two chance (44%) of winning and more than a two in three chance (71%) of avoiding defeat and getting a draw or better.

Newcastle United have got back on track with hard fought victories over Wolves, Leicester, and Crystal Palace, reaching 40 points and surely safe from relegation now.

In contrast, Norwich are rock bottom and eight points from safety, with only six games remaining it looks like only a question of when, not if, the Canaries are relegated. 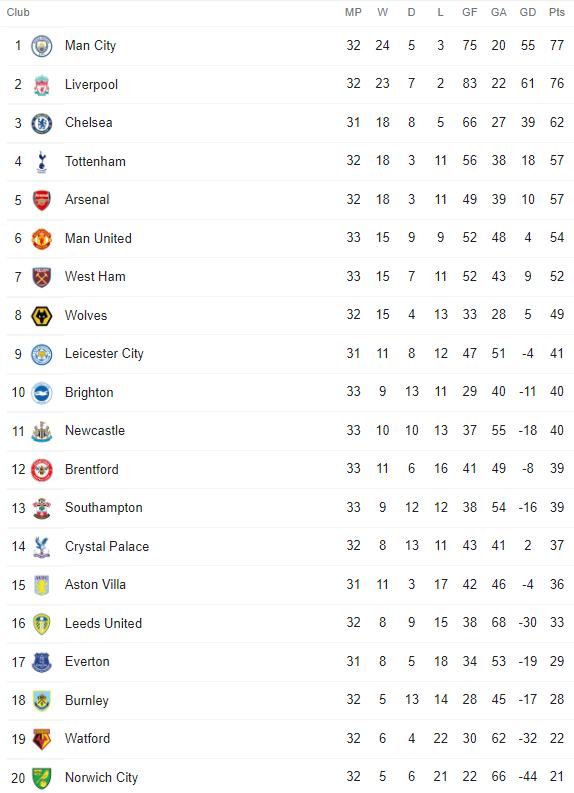 At the very top, this probability model rates it a pretty close fight, with Man City a 63% chance to win the title and Liverpool 37%. Wins over Brighton and Man Utd respectively in midweek have kept the status quo, Man City leading by a point with only six matches remaining for each of the top pair.

Norwich (More than 99%) seen as already down, whilst Watford (99%) having also joined them, according to this probability model.

However, the third relegation spot very much all to play for.

Everton (43%) salvaged a very late (90+2 minutes) equaliser at home to Leicester on Wednesday, which put them four points clear of the drop.

However, Burnley (45%) battered Southampton last night and it could have been a five or six goal rout. The main thing though for them was that the Lancashire club got the three points with a 2-0 home victory, putting them only a point behind Everton.

The scouse mackems will very much be looking nervously over their shoulders now, because whilst Everton have Liverpool away and Chelsea home as their next two games, Burnley are home to Wolves and away at Watford.

Leeds (14%) have picked up ten points in their last four games but are now only four and five points ahead of Everton and Burnley respectively. Jesse Marsch’s team don’t play again until Monday night, when away at Crystal Palace.

As for Newcastle United, the win against Crystal Palace sees them now rated at less than a 1% possibility of going down, twelve points ahead of Burnley and eleven in front of Everton, with games running out.

Whilst to finish top half of the table, NUFC now 7/1 after the victory over Crystal Palace.