Interesting overview of Newcastle United for the season and Sunday’s match against Leicester.

They have analysed all Premier League matches this weekend, including Newcastle United against Leicester.

Their computer model gives Leicester a 35% chance of a win, it is 26% for a draw and a 39% possibility of a Newcastle win (percentage probabilities rounded up/down to nearest whole number). So basically, Newcastle United rated at only around at just better than a one in three chance (37%) of winning and a two in three chance (66%) of avoiding defeat and getting a draw or better.

However, NUFC getting back on track with that hard fought 1-0 victory over Wolves on Friday night.

Wolves would move top six with a win and only two points off fourth, ahead of the other clubs playing this weekend. 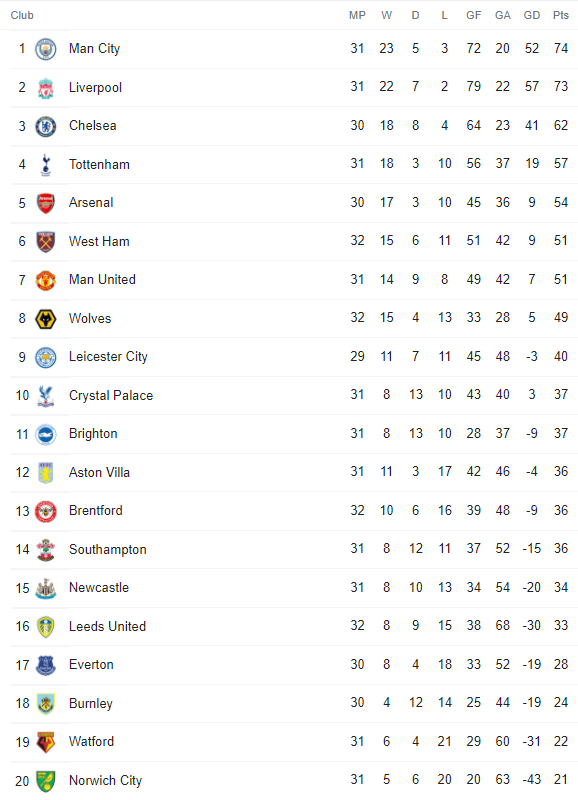 At the very top, this probability model rates it a pretty close fight, with Man City a 64% chance to win the title and Liverpool 36%.

However, the third relegation spot all to play for and Burnley (59%) back to being favourites to join the bottom two for the drop, after that dismal 2-0 defeat at Norwich last weekend.

Everton (33%) back out to being next most likely to go down, thanks to their 1-0 win over Man Utd.

Leeds (11%) have picked up ten points in their last four games and are nine points clear of Burnley, who have two games in hand. However, the new manager bounce for Leeds doesn’t look like grinding to a halt.

As for Newcastle United, only a 2% possibility of now going down, so a one in fifty chance according to the probability model.

Whilst to finish top half of the table NUFC now 14/1 after the victory over Wolves.