Interesting overview of Newcastle United for the season and Wednesday’s match against Crystal Palace.

They have analysed all Premier League matches this midweek, including Newcastle United against Crystal Palace.

Their computer model gives Crystal Palace a 37% chance of a win, it is 28% for a draw and a 35% possibility of a Newcastle win (percentage probabilities rounded up/down to nearest whole number). So basically, Newcastle United rated at only around a one in three chance (35%) of winning and a two in three chance (63%) of avoiding defeat and getting a draw or better.

However, NUFC getting back on track with that hard fought 1-0 victory over Wolves, before following up with a similarly hard fought 2-1 win over Leicester, making it five victories in a row at St James Park..

The two clubs currently level on 37 points, either side guaranteed to be at least eleventh with a win tonight, whilst Palace could go as high as ninth if Leicester lose at Everton and Brighton get nothing at Man City.

This is how the Premier League table looks on Wednesday morning ahead of tonight’s match: 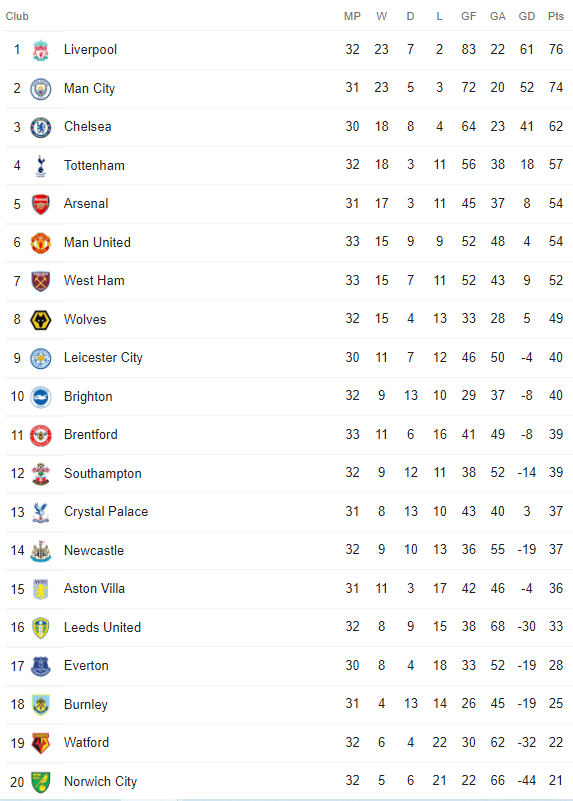 At the very top, this probability model rates it a pretty close fight, with Man City a 59% chance to win the title and Liverpool 41%. The scousers hammering Man Utd has put them on top but if Man City beat Brighton tonight, they will go back to the very top.

Norwich (More than 99%) seen as pretty much almost needing snookers now, whilst Watford (98%) also seen as almost certainly doomed by this prediction model.

However, the third relegation spot all to play for and Burnley (60%) back to being favourites to join the bottom two for the drop, after that dismal 2-0 defeat at Norwich was followed up with failing to hold onto the lead in the 1-1 draw at West Ham on Sunday.

Everton (31%) back out to being next most likely to go down and they have what looks a huge match tonight against Leicester at home, especially when their next two games are Liverpool away and Chelsea at home.

If Frank Lampard’s team lost tonight, it would then see Everton drop into the bottom three if Burnley won at home against Southampton tomorrow (Thursday) night.

Leeds (10%) have picked up ten points in their last four games and are eight points clear of Burnley, who have a game in hand. Jesse Marsch’s team don’t play again until Monday night, when away at Crystal Palace

As for Newcastle United, the win against Leicester sees them now rated at less than a 1% possibility of going down, twelve points ahead of Burnley and nine in front of Everton as things currently stand.

Whilst to finish top half of the table NUFC now 14/1 after the victory over Leicester.