Interesting to see the impact on the Premier League relegation odds after a very dramatic Sunday in the top tier.

With Crystal Palace v Leeds on Monday night (8am kick-off) to round things off.

These are the nine results this weekend so far in the Premier League: 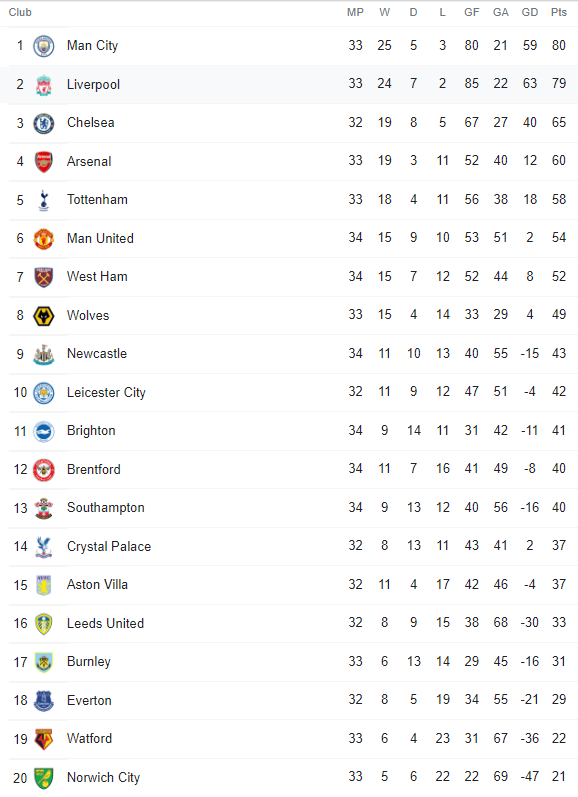 A pretty perfect weekend for Newcastle United fans, seeing their team win 3-0 at Norwich and both Leicester and Brighton only able to draw at home. The net result is that mathematically neither Norwich or Watford can catch Newcastle now, whilst Everton are 14 points behind Eddie Howe’s team and Burnley 12 points adrift of NUFC.

However, after Sunday’s results, quite hilariously it is now Everton and not Burnley who are odds on to be relegated along with Watford and Norwich.

These are now the general Premier League relegation odds for the likely  candidates from various bookies after Sunday’s results:

A 62nd goal for Vydra enough to see Burnley beat Wolves 1-0 in the 2pm Sunday kick-offs, before then the scouse mackems eventually lost 2-0 to Liverpool. Thankfully Everton finally punished by the result, after some laughable repetitive cheating from Gordon and Richarlison, diving at every opportunity and pretending to be injured to waste time.

For the first time this season, Everton are now odds on 10/11 to go down, whilst Burnley are out to 7/4.

Frank Lampard’s team could find things getting even worse next weekend. Burnley have a very winnable game on Saturday (30 April) at Watford who are basically already down, whilst next Sunday it is Everton home to third placed Chelsea. Before they kick off, Everton could (hopefully) find themselves five points adrift of safety and a worse goal difference than Burnley.

Leeds (4/1) are the one other club who could feasibly find themselves fighting it out with Burnley and Everton for the final relegation spot. They are currently four points clear of Everton and two ahead of Burnley, having picked up ten points in their last four games, a point or better for Leeds at Palace on Monday night will see them closing in on safety.

Newcastle United don’t even feature in the Premier League relegation odds now, having won their last four games and rising to 43 points.

With those results elsewhere helping, Newcastle United are now in ninth and looking up rather than down.

This has opened up a small but growing possibility of a top half finish for Newcastle United.

Two tough matches up next for Newcastle United, with Liverpool home and Man City away. Though with the form NUFC are in, neither title chasing team will be looking forward to facing Eddie Howe’s side. United then face Arsenal home and Burnley away in the final two matches of the season, two matches that Newcastle have a real chance of winning if keeping their form of 10 wins in the last 14 PL games going.