The Premier League relegation picture tightened up on Wednesday night for Newcastle United.

Burnley coming back from 2-1 down to beat Everton 3-2, the winner coming with only five minutes of normal time left on the clock. 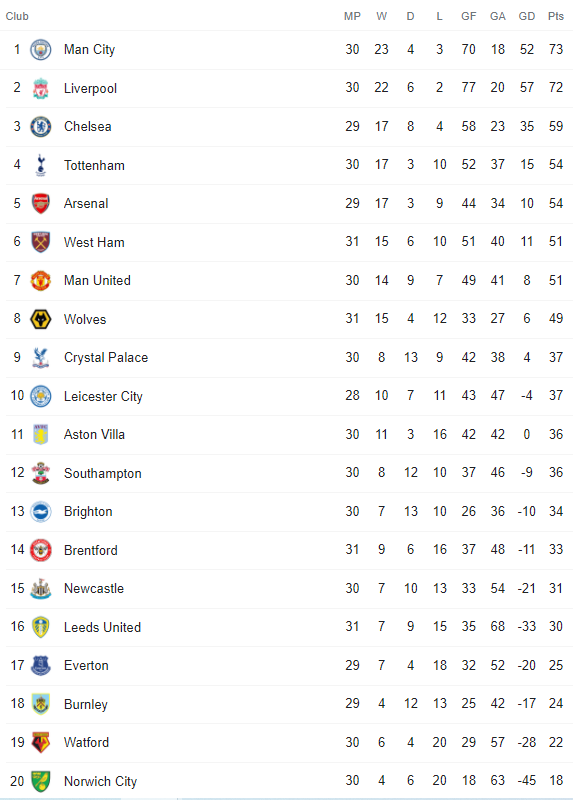 As things now stand, it very much looks like three out of the bottom four BUT it wouldn’t obviously take many results to drag in one or more of those above.

This weekend, the Premier League relegation battle gets serious with some real key games, the results of which could see a much clearer picture emerge with less than six weeks to go after this round of fixtures.

Results this weekend a potential game changer for many clubs fighting the drop.

From a Newcastle United point of view, if we beat Wolves on Friday night then surely we will have taken care of business ourselves. However, anything less than a victory and NUFC fans will be taking a keen interest in those other Premier League relegation battle matches to follow on Saturday and Sunday.

Everton are heading into a very tough looking set of fixtures and of course if now for Newcastle’s helping hand in their last home match, the scousers would already be in the bottom three.

Man Utd desperately need three points to keep alive their chances of top four, so they will be throwing everything at this one. Man U have had a full week of preparation whilst Frank Lampard got his excuses out there in advance, when moaning  about having to play three matches in a week, including having this Man Utd one only just over two and a half days after the Burnley game, made worse for them by the lunchtime kick-off.

Defeat for Everton and what a massive incentive it would be for those other four in the bottom five when it comes to their matches.

Leeds beat Watford and surely they are then heading for safety if moving on to 33 points.

A win for Watford over Leeds and they would go level on points with fourth bottom Everton (or even above the scousers if a massive eight goal turn around in the two fixtures).

Then on Sunday, if Everton have lost, Burnley would be guaranteed to get out of the relegation zone with a win at Norwich, going two points clear of danger with only eight games remaining for them.

Whilst even Norwich would bizarrely see a small possible chance of still staying up, because if Everton lose and the Canaries beat Burnley, Norwich would find themselves only four points off fourth bottom.