This (see below) is how the Premier League form table looks ahead of Newcastle United taking on Liverpool.

Eddie Howe looking to make it five wins in a row after the victories over Wolves, Leicester, Crystal Palace and Norwich. Whilst it would be seven victories in a row at St James Park if NUFC can win this one. 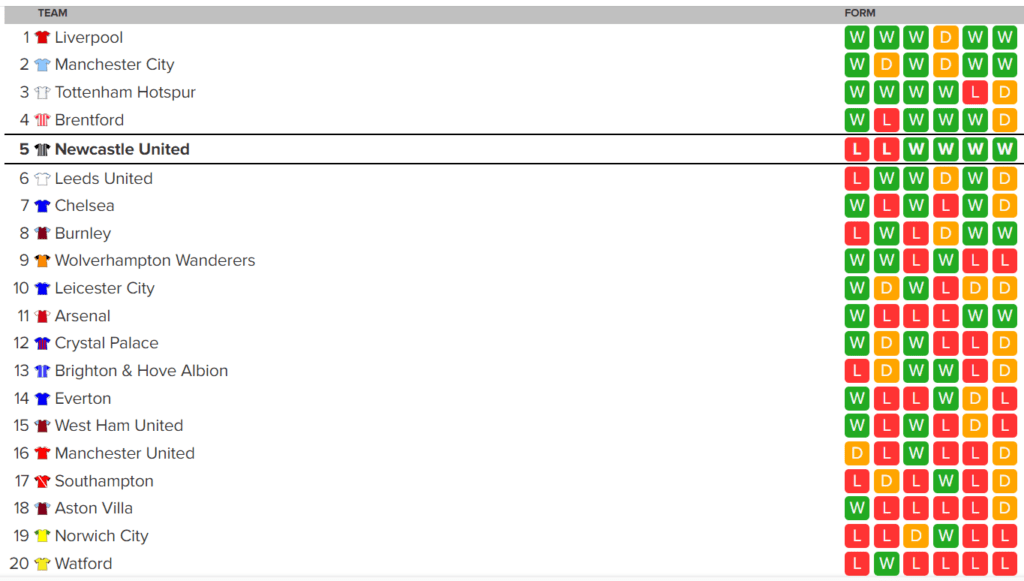 The last six results for Liverpool with very latest one listed first:

This is how the Premier League table currently looks on the morning of 30 April 2022: 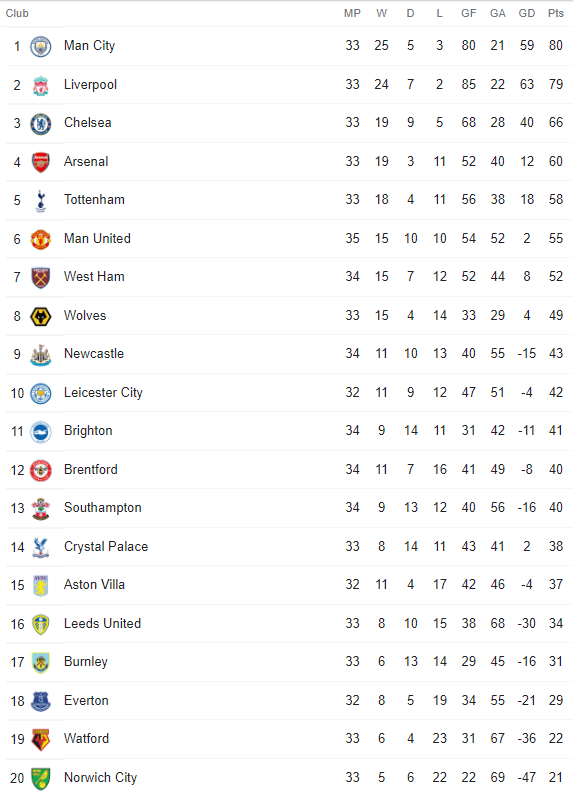 Newcastle United now fifth in the form table with two defeats followed by four wins, twelve points out of a possible eighteen.

Meanwhile, Liverpool near faultless, five wins and that draw at Man City, meaning they top this Premier League form table with 16 points from the possible 18.

Leaving aside that draw against their title rivals, the other five most recent matches show Liverpool scoring 12 goals and not conceding a single one. Indeed, if you extend that by another couple of games, it is seven wins out of seven (if ignoring the Man City draw) and 19 goals scored with none conceded.

A tough task for Eddie Howe and his players clearly BUT not mission impossible.

Obviously Newcastle United will need to be at their best but only once since 19 December 2021 have NUFC conceded more than one goal. So if United can find at least one goal from somewhere, we could just maybe be in business. Again since 19 December 2021, only twice have Newcastle failed to score in a Premier League game and that was in those Chelsea and Everton matches in quick succession.

In 2022, Newcastle United have been one of the form teams, along with Liverpool and Man City, with only the scousers (38 points) picking up more points than NUFC (32 points) since the turn of the year.

With four wins in a row and only one goal conceded, six wins in a row at St James Park with only three goals conceded, Eddie Howe’s side will surely believe they could potentially pull off a surprise result.

Nobody pretends it will be easy but after replacing Steve Bruce, we have seen fitness, discipline, belief and focus flow into this Newcastle team.

If Newcastle United did win today, it would also mean they’d be automatically top of this six match Premier League form table after all the weekend PL games were completed, as NUFC would have five victories in their most recent six matches, whilst nobody else can have more than four.

Whatever happens today, Eddie and the boys have helped give Newcastle fans some pride back in their team and club. A win today would absolutely be the cherry on top of the icing.