After this latest round of Premier League matches, which included Newcastle United’s win at Norwich City, the rankings have now been updated.

As you can see, only (Gabriel) Jesus ranks above Bruno Guimaraes and it took four goals on Saturday for the Man City striker to end the weekend above the Newcastle star.

Bruno Guimaraes has been Newcastle’s man of the match in all of these most recent five PL games and has become ever more influential in terms of goal threat, scoring both goals against Leicester, supplying the assist for the winner against Palace, then that really cute chip against Norwich for the third goal.

Bruno G now with Liverpool in his sights… 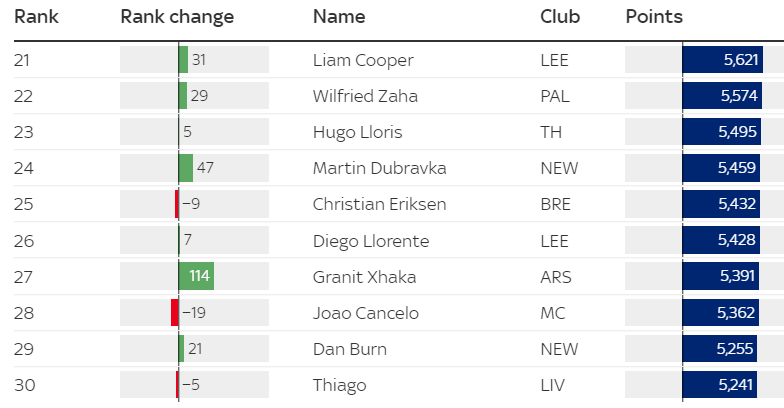 You then have Martin Dubravka placed number 24, up 47 places. Three clean sheets in the last four matches and only one goal conceded in the last six and a half hours of football he’s played.

Not far behind the NUFC keeper is defensive rock Dan Burn, the Geordie defender is number 29, up 21 places. 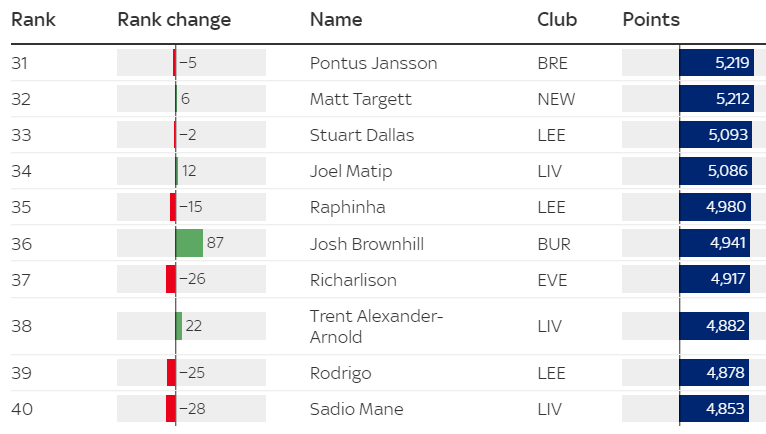 What a superb signing Matt Targett has been, the loan star now at number 32 and up six places. 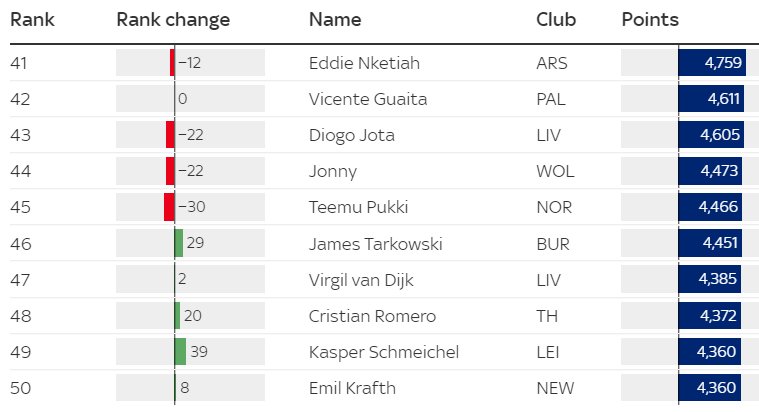 After playing so well against the dangerous players both Leicester and Palace have got, it was a quieter game for Emil Krafth on Saturday, but another very good display takes the Sweden international up eight places to number 50.