Everyone loves a local lad, one of our own, emerging from the youth team to become an idol playing in black and white.

Few have done it, others like Beardsley and Shearer had to go away to come back.

Back in the day a few would emerge from local football, Waddle and Shoulder spring to mind, but generally the path from youth football to the first team is littered with unfulfilled potential and broken dreams.

In my lifetime, the undisputed and greatest talent to come from the youth team was the incomparable Paul Gascoigne. Who could forget his debut against QPR as a seventeen year old slicing a shot horribly wide yet totally unfazed, waving at his pals in the Gallowgate end with a big grin on his face.

He just loved being on the pitch and he didn’t know the meaning of fear. The bigger the stars that played against him the better he played. It was just our misfortune that the club he loved lacked any ambition and try as he might to raise the game of the John Cornwells of this world, he followed his mate Beardsley out of the club.

Newcastle’s own ‘class of 92′ emerged at a scandalous low point for the club, playing in a team sliding into the old division three. I still maintain, despite Ossie Ardiles’ best intention, throwing the likes of Clark, Watson, Elliott and to some degree- Makel, Thompson and Roche, into such a desperate situation, stunted their development.

Yes, arguably, Watson, Clark and Elliott were part of the Entertainers but the England caps and undroppable status that should have been theirs never came. Steve Watson, in my opinion, was a modern ball playing centre half in the mould of how John Stones plays now. Watch the game against Barcelona when he was up against Rivaldo, Figo and Luis Enrique if you don’t agree with me. I maintain he was never a right back and his career was ruined in the same way as Paul Madeley never really cemented a position in the Leeds team. 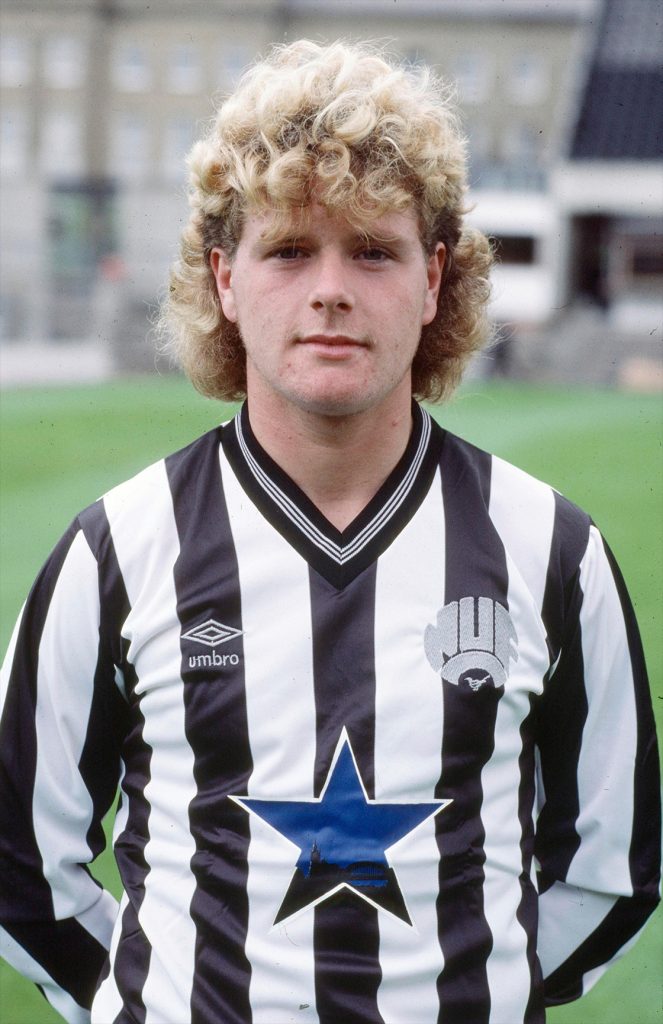 The only other player to come near the greatness of Gazza was a gangly, left footed centre forward who I first saw play for Newcastle Under 17s. The next time I saw him he demolished a Manchester United reserve side at Kingston Park. At that age he was destined for greatness and he should have been a legend in the black and white shirt emulating his predecessor, Alan Shearer. Arguments will rage about Andy Carroll but he should never have left Newcastle. He was amongst his own, playing in the number 9 shirt and scoring goals. England caps were on their way. Perhaps the injuries and questionable lifestyle may have still caught up with him had he stayed but to me he never looked right in the red of Liverpool and certainly not in claret and blue of West Ham.

Since then there’s been a dearth of talent. Exceptions being Sean Longstaff who I saw playing for the under 23s and was head and shoulders above anyone else on the park. Paul Dummet looks like another one where injuries are going to ruin a career that at one time looked like he could be a potential, solid, premier league, left sided centre half. However, apart from those two I can’t think of any recent successes. Adam Armstrong and Fraser Forster may prove they’re ones that got away whilst we wait and see how the younger Longstaff fares.

And now on to my main subject which I felt needed the long introduction, highlighting the pitfalls of a promising youth team player and the treacherous road where many have fallen by the wayside. The latest light illuminating the darkness is young Elliot Anderson, currently earning rave reviews at Joey Barton’s Bristol Rovers.

Circumstances afforded me the chance of taking in the Bristol Rovers v Bradford City game on Saturday (2 April), where I could get a close look at our latest hope for the future. I went with a cynical head. My prediction that Michael Chopra would be the next Michael Owen still haunts me. Chopra looked a totally different player in the first team to the free scoring, ice cool, deadly marksman that he was in the reserves. I’m now wary of bold predictions.

The difference with Anderson is at least I’d be watching him in a league match albeit in division 2 ( I still call it the 4th Division). Another added incentive was to see how our old midfielder Barton was doing managing at this level. Reading press reports I’d read that Rovers were playing well and in no small measure to the performances of our young star. Rovers had roared up the league and were now eyeing the play offs or possibly automatic promotion.

Initial impressions were that Barton had got his side to play good, neat possession football but like a lot of teams at this level, lacked that bit of quality around the penalty box. Gone are the days it seems when even in Division four you had goal scorers like Speedie at Darlington, Kellow at Exeter, Senior at Reading, Dixie McNeill at Wrexham and so on.

Even at this level good footballers make things happen. A young Gazza or a Waddle would suddenly do something, create something to get the crowd on their feet, it lifts them above the average and it drags the team with them. It’s a dangerous game to make comparisons but on about 15 minutes, Anderson had had enough of the neat passing. Beating two players and bursting towards the box, a la Gazza against Albania when he scored his first international goal, Anderson fired a left foot shot just wide. Suddenly the crowd were alive. Then right in front of Barton and Mark Hughes, the Bradford manager, he performed an outrageous piece of skill, dragging the ball back with the sole of his foot and beating two defenders trying to close him down on the touchline. Audible gasps were heard , the youngster was treating the crowd to a display way above the technical ability of those around him. 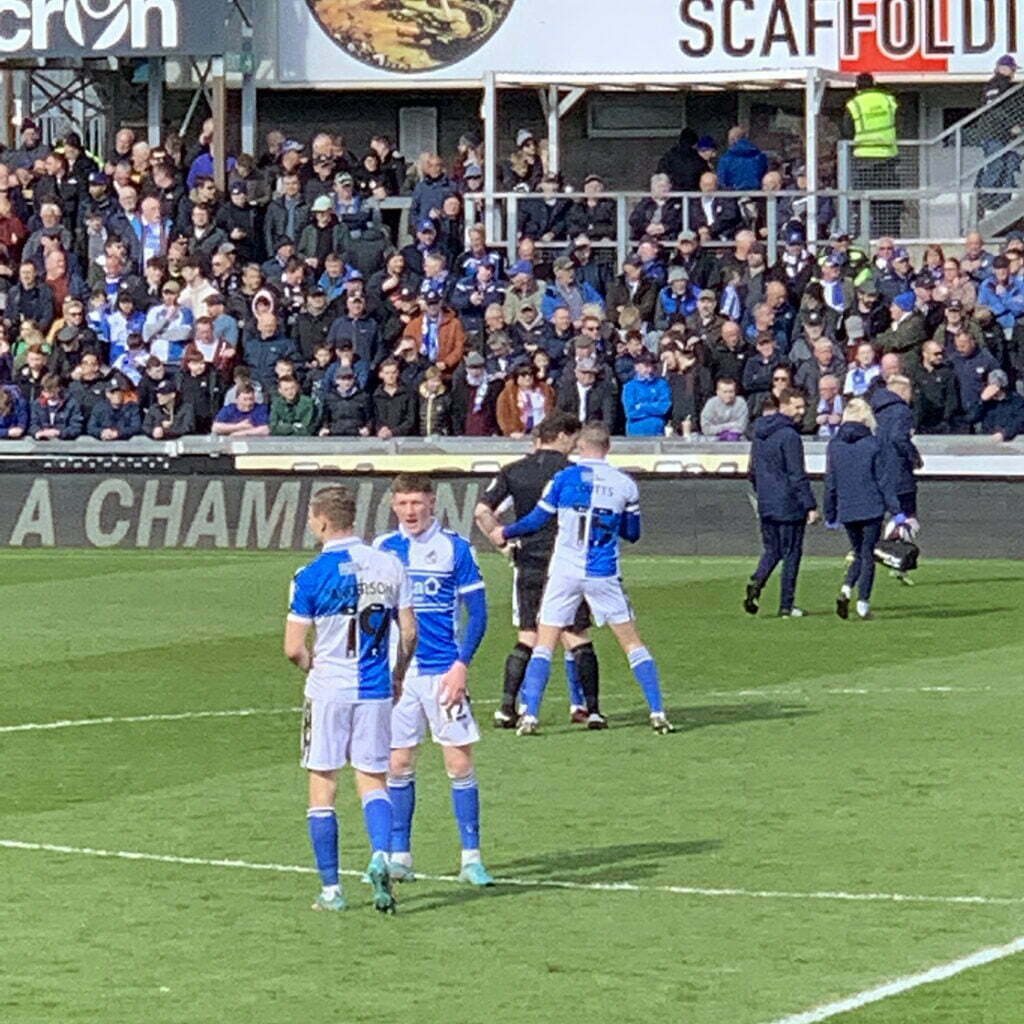 Next a free kick he couldn’t quite get over the wall but that only made him angry, the ball came back to him wide on the left, he cut inside and produced a thunderous shot that looked all the way to be heading for the top corner. It scraped the bar but had everyone on their feet. The boy was showing he was head and shoulders above anyone else on the pitch. As if to keep his feet firmly on the ground he played opposite a former Newcastle youngster who also seemed destined for greater things. Sadly Alex Gilliead looks what he is, a poor player in a poor Bradford team, for his sake hopefully Mark Hughes can get him back playing to his potential.

Joey Barton knows all about playing in midfield and to his credit it looked like he’d set his midfield up to allow Anderson the freedom to wander, it appears there was only a small tongue in cheek when describing the young Newcastle star as the ‘Geordie Maradona’. Though positioned on the right of midfield the freedom Barton gave him allowed him to exploit gaps through the middle and down the left.

The second half started with Bradford taking a shock lead. Barton appeared to take the shackles off Anderson even more and he began to get the game by the scruff of the neck, in what appeared to be a free role and made several incisive runs down the left into the box only to see his shots blocked or his pass missing the target. By now Rovers were all over Bradford and inevitably the equaliser came.

With Anderson continuing to probe the winner came deep in the second half.

However, for me the moment of the game and the moment I knew I was witnessing a unique talent, came as Elliot Anderson challenged the big Bradford centre half for a high ball. Anderson won it and got around the centre half who had a handful of his shirt. Anderson stumbled. Now think of Supermac’s second goal against Burnley in ’74 with Waldron all over him. 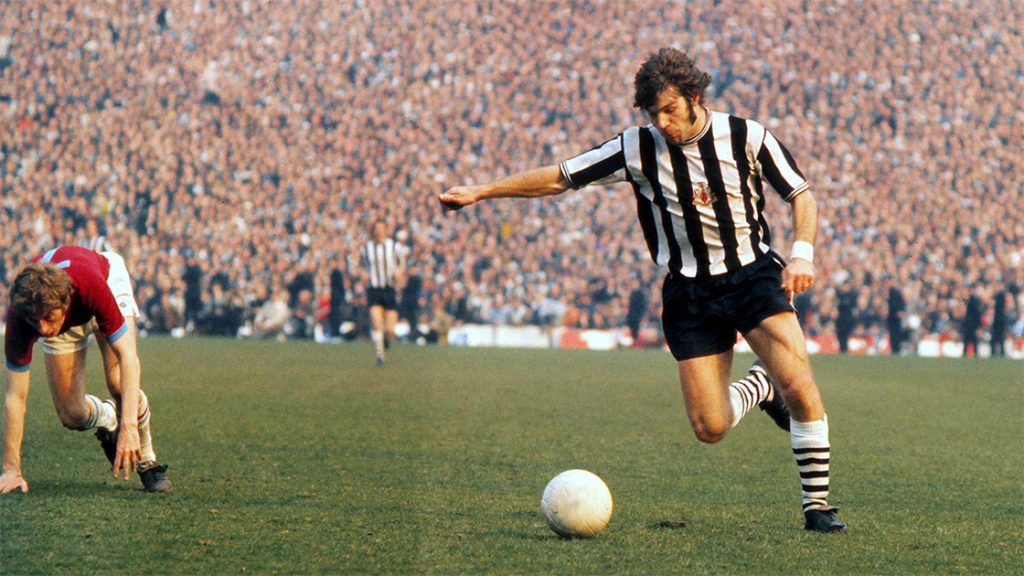 Nearly on the floor, our young hero managed to stay on his feet, the ref was just about to whistle for a foul but sensibly played the advantage. Anderson got in the box and managed to unleash another thunderbolt despite being off balance. It deserved a goal but somehow the keeper managed to get his hand to it and deflect it for a corner. It was late in the game and Elliot was knackered, it took him a minute or so to get his breath back, but I just thought, is that the moment I witnessed a superstar in the making?

OK it’s only Division 2, but the standard is a lot higher than reserve team level and arguably not that far away from the Championship. The commitment and work rate can’t be questioned, journeymen professionals, hardened at this level play alongside youngsters who still feel they can get to the top. The difference is in the technique, that touch of class that defines the top players, the average lower league player has everything in his locker but just falls down when it comes to that extra 10/20 per cent needed.

Elliot Anderson, make no mistake, has that technique and touch of class. An old Bristolian who’d watched Tom Finney play against his beloved Rovers at their old Eastville stadium summed it up to me, when he said Anderson is a thoroughbred amongst a lot of carthorses, I took his word for it.

Yet there are areas for improvement. He has the ability to dictate games. He needs to demand the ball more, he’s a bit too nice when he’s not given the ball. Experience will hopefully change that. This is also his first run of games at first team level, his fitness should get better. He was puffing towards the end though his effort was unquestionable and even a tired Anderson was better than those around him.

His future? I wouldn’t waste him on another loan deal. He needs to be around the first team learning from the likes of Bruno and even Shelvey. Think what Guardiola did with Foden, gradually introducing him into the first team. Eddie Howe will already be aware of Elliot Anderson and I’m hoping he’s been advised to do the same. Anderson will improve around better players and I believe he’ll play better when up against better players. He’s a talent that needs careful nurturing, he’s got a bit of Gazza in him and that’s the highest compliment I can give him.