Newcastle United made it five wins out of five at St James Park since early February.

A 2-1 comeback win over Leicester City after Lookman had given the visitors a 19th minute lead.

Two goals from Bruno Guimaraes were key moments in his all round man of the match performance for Newcastle United.

No surprise to see the vast majority of headlines and debate concentrating on the Brazil international midfielder.

However, this was a real team effort and it’s important to acknowledge the Newcastle United unsung heroes, with some handy underlying stats backing up this argument, after this fifth home win in a row. 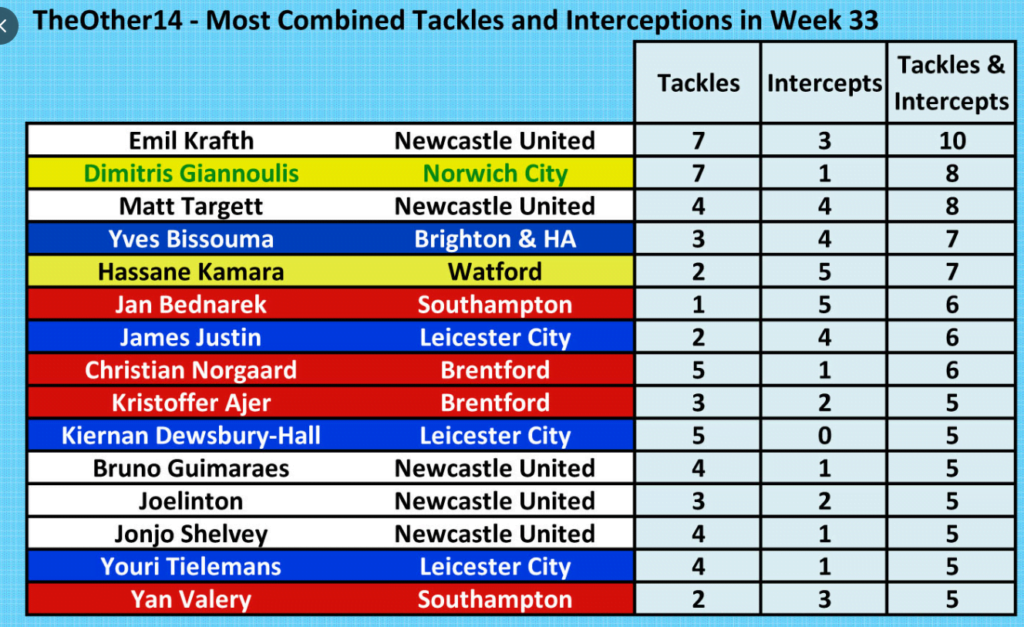 As you can see, the two Newcastle United full-back first and third in this table, then altogether we have five NUFC players in total in the top thirteen. These five players alone making 33 tackles / interceptions in total, as Leicester played the better football and had 69% possession BUT were restricted to only two efforts on target in the entire match (compared to seven for Newcastle). 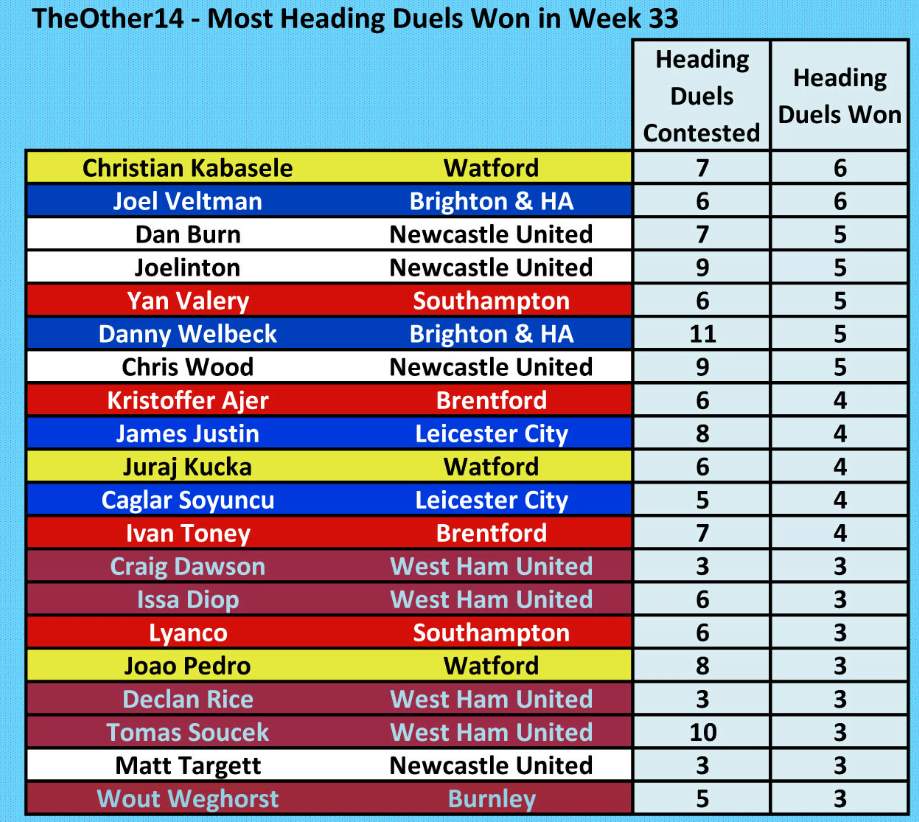 This time Newcastle United having three of the top seven players when it comes to winning heading duels, Dan Burn and Joelinton leading the way and Chris Wood not far behind. Matt Targett also once again impressing, winning all three of his heading duels on Sunday. 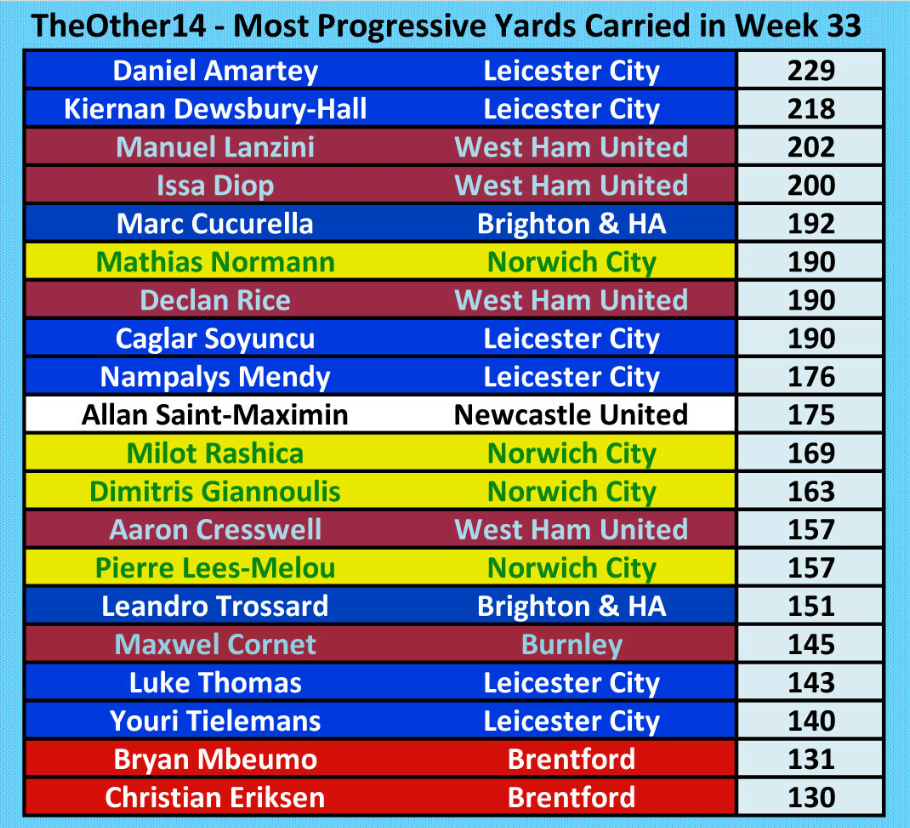 Last but not least…even when not on top form, Allan Saint-Maximin rarely, if ever, doesn’t play his part in a performance.

The Frenchman getting Newcastle up the pitch to the tune of 175 yards from not a great deal of possession and opportunity, as is usually the case, the only NUFC player making this table of ‘Other 14’ stats.