Elliot Anderson is continuing to have a dramatic effect on Bristol Rovers’ season.

The 19 year old Newcastle United loan player having joined the club on a temporary basis in January 2022.

Whilst with Elliot Anderson involved in now their last 18 league matches, Bristol Rovers have picked up another 37 points (11 wins, 4 draws and 3 defeats) at an average of 2.06 points per match.

Joey Barton has said that if Elliot Anderson wants to catch the attention of Eddie Howe, he has to deliver as many goals and assists as possible whilst on loan at League Two level, on top of his excellent all round performances.

Well he is certainly going the right way about it, now with six goals and three assists, including scoring five goals in his last eight appearances.

The home side taking a second minute lead but on ten minutes the Newcastle United loan star smashing an equaliser into the top corner.

That equaliser helping to set Bristol Rovers on their way to a key comeback win, goals from Connolly and loft sealing a 3-1 away win.

The exceptional contributions from Elliot Anderson so far, having propelled Bristol Rovers bang into the promotion picture.

Monday’s goal and win keeping them fifth in the table with three matches to go but now only two points off an automatic promotion place, as the top three go up, plus clubs 4th to 7th go into the play-offs. 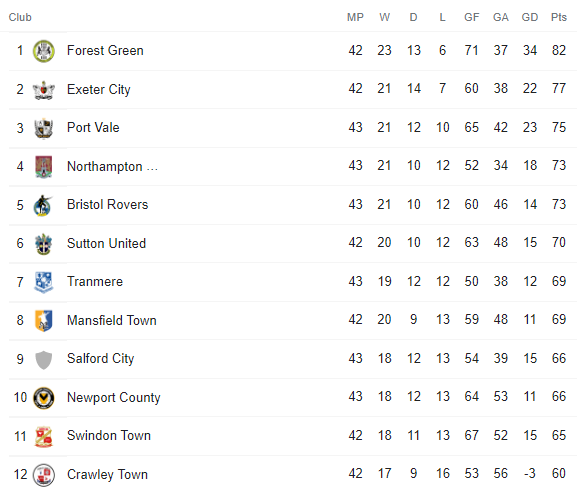 Good luck to Elliot Anderson, Joey Barton and Bristol Rovers in their quest for promotion.