Matty Longstaff was on target once again on Tuesday night, the Newcastle United loan star scoring his fifth goal for Mansfield Town.

This helped earn a 2-0 home win for Mansfield over Stevenage.

I think this upturn for Matty Longstaff has been a bit lost and gone under the radar, due to Elliot Anderson doing so well at Bristol Rovers.

Anderson scoring six goals in 19 League Two appearances for Bristol Rovers, whilst it is five goals in 14 league games for Longstaff.

Matty Longstaff was just one of countless players so negatively impacted by Steve Bruce and his progress so massively impacted.

I still have big doubts on whether the younger Longstaff brother can make it at Premier League level BUT like so many other promising young players, he was badly let down during the Mike Ashley era.

Performing in League Two is obviously a very different proposition BUT both Elliot Anderson and Matty Longstaff are showing they are most definitely above fourth tier level.

Indeed, his goal and performance last night has meant Longstaff and Mansfield have overtaken Anderson and Rovers, this is the League Two table on Wednesday morning: 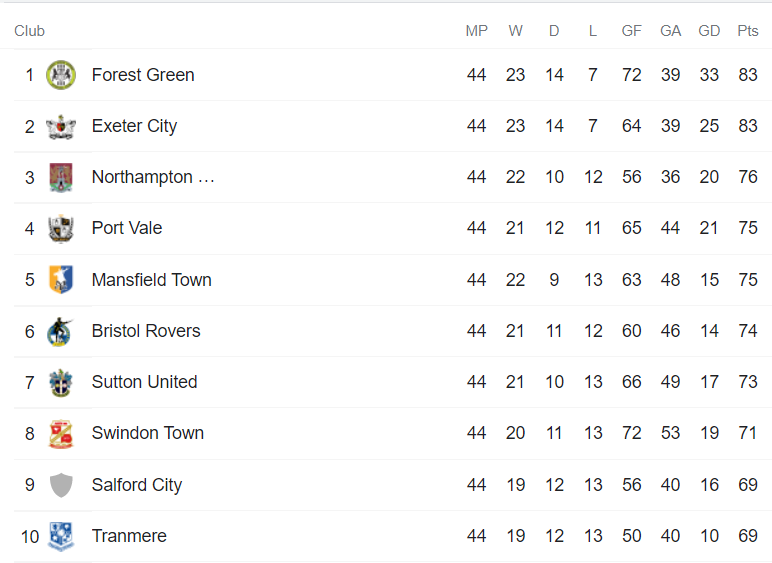 The top three automatically go up and then fourth to seventh in the play-offs for the fourth promotion spot.

Without Matty Longstaff, Mansfield have picked up 49 points from 30 League Two games, at an average of 1.63 points per match.

With Matty Longstaff in the team, Mansfield have picked up 26 points from 14 league matches, an average of 1.86 points per game. The Newcastle loan star’s goals and performances helping to give the team that extra edge to put them on the brink of possible promotion.

Matty Longstaff has bounced back from the first half of the campaign on loan at Aberdeen, which was a disaster, the Newcastle player only given three league starts.

Whatever happens from this point, good luck to Matty.