Elliot Anderson is continuing to have a dramatic effect on Bristol Rovers’ season.

The 19 year old Newcastle United loan player having joined the club on a temporary basis in January 2022.

Whilst with Elliot Anderson involved in now their last 19 league matches, Bristol Rovers have picked up another 38 points (11 wins, 5 draws and 3 defeats) at an average of 2.00 points per match.

Joey Barton has said that if Elliot Anderson wants to catch the attention of Eddie Howe, he has to deliver as many goals and assists as possible whilst on loan at League Two level, on top of his excellent all round performances.

Well he is certainly going the right way about it, now with six goals and three assists, including scoring five goals in his last nine appearances.

The exceptional contributions from Elliot Anderson so far, having propelled Bristol Rovers bang into the promotion picture.

This run of form has put Rovers sixth in the table with two matches to go but only two points off an automatic promotion place, as the top three go up, plus clubs 4th to 7th go into the play-offs. 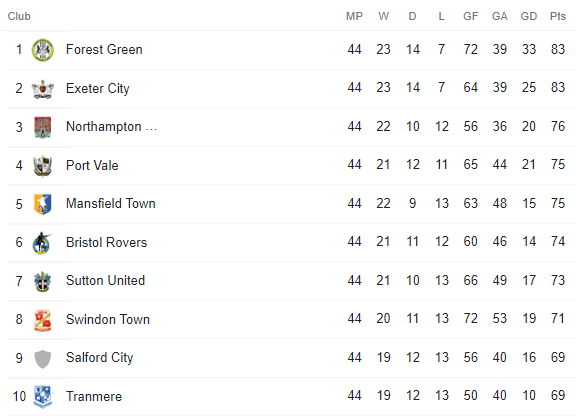 Bristol Rovers and Elliot Anderson now face to massive games that are very winnable, away at Rochdale today, a team who are in eighteenth and nothing to play for, as now safe from relegation.  Whilst Rovers’ very final game next weekend is home to Scunthorpe, the club who are already guaranteed to finish bottom this season and drop out of League Two.

Ahead of this afternoon’s match, Bristol Rovers teammate Sam Finley has been talking about the Newcastle United loan star, the career that he believes Elliot Anderson has awaiting him.

“He (Elliot Anderson) is unbelievable, a top, top player.

“I think he realises and everyone else realises, he is too good for the level he is playing at.

“He has made a massive impact for us, scored some important goals and, for me, he will go and have a career in the Premier League or Championship all his life.

“A top player and a pleasure to play with him.

“From the first day he came in, we thought that this is some player.

“The way he strikes the ball and passes the ball, you can just tell training with someone day to day.

“He is a serious talent.”