The ninth in the last thirteen Premier League games, a sixth in a row at home.

As always though, the self-effacing Eddie Howe not desperate for personal glory.

Instead, the NUFC boss wanting to share the love and the credit with everybody, from the players to the fans and everybody in between.

Quite incredible the change, from the grotesque two years and three months when we had both Mike Ashley and Steve Bruce to embarrass us all. So often making you feel ashamed of your football club.

Eddie Howe, now able to reflect on a job VERY well done and is a case of what next?

What can the Head Coach and players achieve in these next five remaining Premier League matches, with a top half finish a small but remarkable possibility.

Then as for the summer and beyond, as Newcastle United fans we just can’t wait to see what Eddie Howe can deliver with decent backing…

“An incredible goal from Miggy.

“I am really pleased for him personally, a player that gives everything, supporters rightly hold him in high regard and a brilliant professional.

“He showed a lot of pace to get in behind their back line and what a finish!

“It was a very good first half, with the ball and in terms of our intensity.

“It was up there with one of our best performances.

“In the second half though, Crystal Palace came back into it, but we defended very well.

“We have a very good shape and the players have developed a good mentality to defending. I think we needed to because Palace played well.

“A great night for this football club…

“You can forget how hard it has been to get us into this position now, so we have to look back with great satisfaction.

“I say it every week…but this is a great place to play football.

“The atmosphere was brilliant to experience and the league table looks a lot better.

“It looks so much healthier to see us move up and when you look at where we have come from, some of the teams we have been able to get near… it is a great feeling because we were a long way away.

“It seems like a long time ago (when taking the Newcastle job in November, five months ago), so you can very quickly forget where we were, where we have come from this season.

“It has been great to see the team move forward and develop certain characteristics.

“I’m very proud (to make it six successive home wins in a row), very proud, because we didn’t necessarily see that coming.

“At the start of that run (beating Everton 3-1), we were desperate for any win, never mind six (in a row at home).

“We’ve managed to get those important wins, build a really good feeling here, a good relationship between the players and supporters. 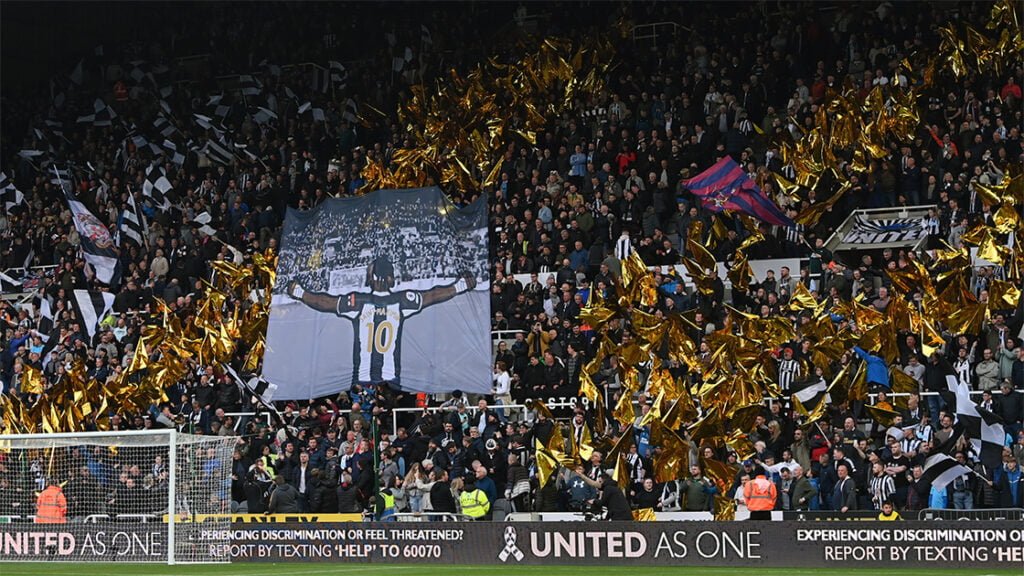 “The support (with Wor Flags display pre-match and from fans during the game) for Maxi tonight was incredible, it showed a real intelligence and emotional attachment to the players and club.

“They (the fans) have created that atmosphere to play in and I can’t thank them enough, for helping us out of the difficult situation we were in.”