Don’t forget where you came from

Although it wasn’t a vintage performance, there was a lot to admire in our game on Sunday against Leicester.

The never say die attitude of the team, the sheer class of Bruno in everything he does, plus the dogged performance of Emil Krath.

I also really like the way that Wor Flags make every match an event and in particular, their flag commemorating the 30th anniversary of that David Kelly goal against Portsmouth (25 April 1992), which was so pivotal in the history of our club.

If Newcastle United hadn’t won that game we’d have been in real danger of dropping into the third tier of English football and turning into another Portsmouth, or even Sunderland.

My memories of that game are that it was unbelievably tense and that Franz Carr spent most of the first 80 or so minutes running really fast, before sending a cross into either the back end of The Leazes End or the Gallowgate. When David Kelly scored in the 86th minute, it produced scenes of wild delirium that continued until the final whistle.

David Kelly made a major contribution to this football club and was there when we were transformed from relegation candidates to promotion certainties, although he was no longer at the club as we stormed up the Premier League. 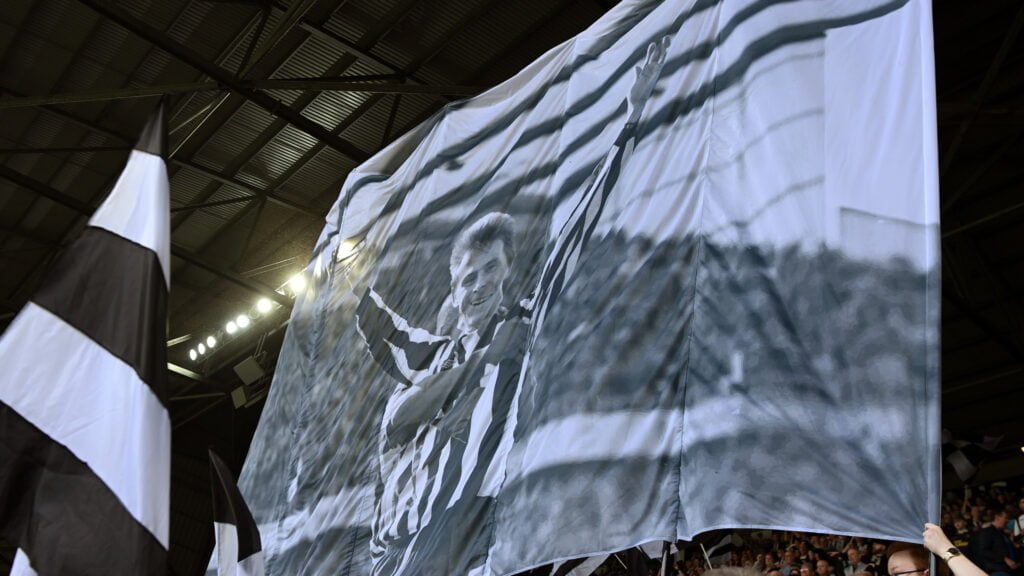 There are players at the club now who might be around to enjoy the transformation of this club from perennial relegation candidates to (hopefully) challengers for major honours but, just like David Kelly, let’s not forget the contribution they have made to our club.

Also, let’s not forget where we’ve come from.

One of the many downsides of The Premier League is that the supporters of ‘the big clubs’ see winning major trophies on a regular basis as their right.

I know a number of supporters of ‘big clubs’ who don’t get particularly excited by winning The FA Cup and who’s ‘celebrations’ of an FA Cup win pales into insignificance, when compared with the celebrations that greeted that David Kelly goal.

Whatever happens to our club in the future, I wouldn’t want to be like them.