Alan Pardew appointed as manager until end of 2022/23 season

Five weeks ago, Alan Pardew was made favourite for the job at AFC Wimbledon, after the club parted company with manager Mark Robinson.

However, the League One club decided against the former Newcastle United manager and instead appointed Mark Bowen.

A series of dismal failures since leaving Newcastle United eight years ago and not able to get another manager’s job these past two years, since leaving ADO Den Haag after winning only one league game in his five months at the Dutch club, it looked like the end of Pardew’s hopes of returning to management this season when AFC Wimbledon chose Bowen.

However, that has now changed.

CSKA Sofia making an official announcement (see below), revealing that Alan Pardew is now the manager, initially appointed until the end of the 2022/23 season.

Two weeks ago, Alan Pardew (who had been acting as an adviser to the club’s owners) took temporary charge of team affair following Stoycho Mladenov’s resignation. Since then, he has overseen a 0-0 home league draw with Levski Sofia, plus a 2-0 home defeat in the cup to Slavia Sofia. 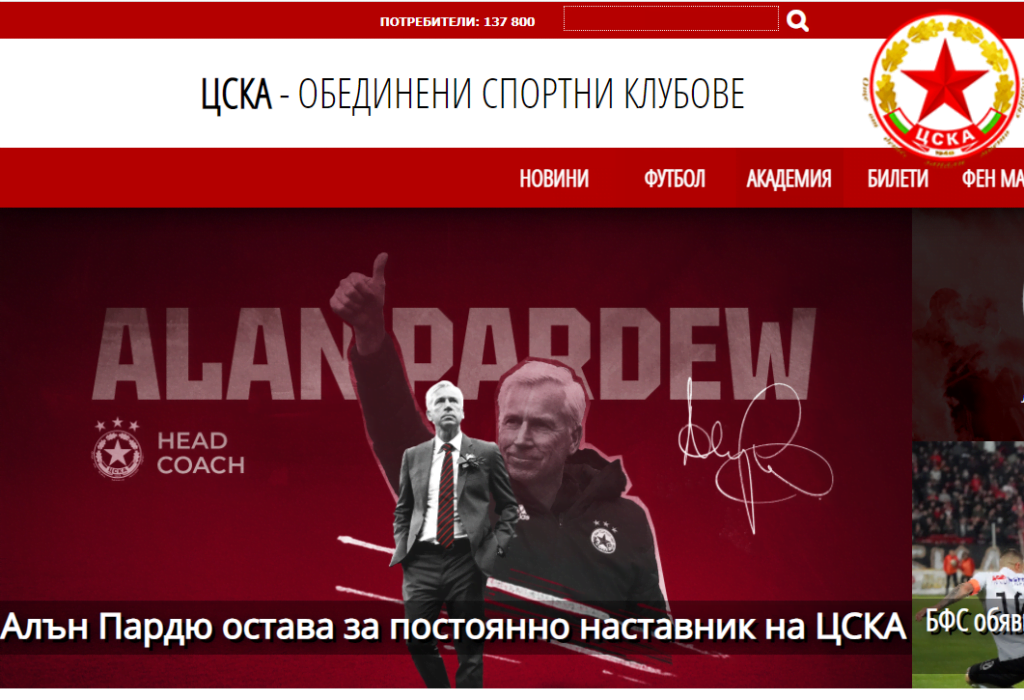 Alan Pardew walked out on Newcastle United back in December 2014 and it has been a tale of management woe for him ever since.

It is actually 12 years now since Mike Ashley made Alan Pardew his stooge / patsy at St James Park in 2010. Pardew replaced Hughton despite having been sacked by then third tier Southampton in his last job. Alan Pardew promised fans that Andy Carroll was going nowhere, then he was sold only weeks after taking over.

A disaster at Palace and West Brom, Alan Pardew won only one game at his last permanent manager’s job at Den Haag, before moving on from there in 2020 and ending up as an adviser out in Bulgaria for CSKA Sofia…and now manager.

Alan Pardew will lead CSKA not only until the end of the current championship, but will be at the helm of the Reds next season.

In the last few days, the British specialist held a number of meetings and talks with the club’s management, where the current situation was discussed and he expressed his direct impressions of the team over the past 2 weeks. At the same time, the coach led the activities of the Pancharevo team on a daily basis in view of the upcoming visit to Razgrad on Saturday.

Pardew himself has shown a very positive attitude and ambition to work in the long run and has accepted the invitation of the owners to help with his extensive experience, remaining permanently in the coaching position. Several new names are joining his staff – his compatriot Alex Dyer, who most recently worked at Kilmarnack in Scotland and Colchester United in England, as well as young school coach Martin Stoyanov and analyst Hristo Zahariev.

“I have always tried to work with young people, Martin and Hristo are excellent professionals who will have the opportunity to learn from me and Alex. I hope this will help them progress even more and have the opportunity to apply what we have learned. My goal is to leave a legacy in CSKA in the future and these young coaches who will work with us now, to be able to help the club in the coming years, “said Pardew.

We wish Alan Pardew health, luck and much success with CSKA!’