Following that game some pretty remarkable stats followed in derby matches, more of that below.

However, concentrating first on that particular 1979/80 season, it was a pretty bizarre season even by Newcastle United standards.

On 1 January 1980, Newcastle had actually hammered Sunderland 3-1 at St James Park, Cummins putting the mackems in front before Cartwright, Shoulder and a long range screamer from Tommy Cassidy turned it around.

Newcastle United were top of the second division at that point and seemingly set for promotion, somehow winning only two of the remaining 18 league games, plus going out of the FA Cup to Ian Rush and third tier Chester.

Newcastle dropping to mid-table whilst that Sunderland win at Roker Park on 5 April 1980 (Cummins getting the only goal) helped the mackems eventually finish second and get promotion. How they laughed…but not for long.

There then followed a pretty incredible run of derby results, in favour of Newcastle United.

After 1980 Sunderland never ever beat Newcastle again at Roker Park, before it closed down and they moved in 1997. 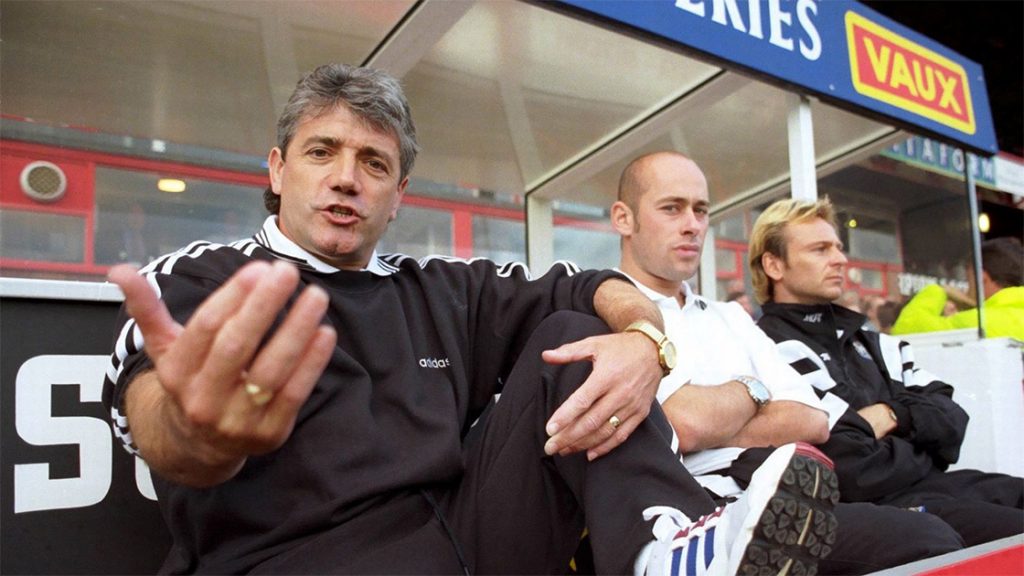 It was fitting that Kevin Keegan was in charge of Newcastle United for the final ever derby at Roker Park, 4 September 1996 seeing a superb 2-1 comeback win with goals from Ferdinand and Beardsley after falling behind. That season also seeing surely one of the greatest ever last match finales, as every result went in favour of Newcastle United fans, NUFC ending up runners-up for the second season in a row as they hammered Nottingham Forest 5-0 at St James Park, whilst Sunderland found themselves relegated on that same day.

Only for the incredible failure to beat Newcastle on Wearside continuing, it would be fully 28 years later (after that 1980 win), when Sunderland next won at home against the Geordies, that match on 25 October 2008.

Following that 1980 Sunderland home win, the next 28 years saw 12 derbies on Wearside, with the mackems having a record of played 12 won 0 drawn 7 lost 5.

The dismal Mike Ashley 14+ years reign at Newcastle United saw the ambition-free plan that affected both cup and league, also even spread to the derbies.

Actually, at first Ashley didn’t manage to too badly affect the derbies, as the first nine under this owner saw three Newcastle wins, five draws and one Sunderland win – that one in 2008 on Wearside, their first home derby win in 38 years.

However, as Mike Ashley sucked pretty much any remaining enthusiasm and hope out of the club and employed one stooge / patsy after another in charge of the team, the derby matches became a bit of a joke (and not a funny one) from a Newcastle perspective.

The Mike Ashley era ended with a derby record for Newcastle United of:

Whilst the 27 or so years before Mike Ashley arrived, saw a Newcastle United v Sunderland record of: