A very decent first half that was rewarded with a brilliant Miguel Almiron goal, assist from Bruno.

Then a bit of a defensive masterclass in the second half as United struggled to get out of their own half for much of the final 45 minutes, only the very odd close shave.

Ahead of each match we ask one of our writers to come up with 3 positives and 3 negatives following the game, this time it is David Punton.

One for the album

Not since 2004 under the management of Bobby Robson, has a United side won six in a row at St James Park.

Esteemed company indeed for Eddie Howe, his players, and all of the staff.

The run has been magical and it has plucked safety from the jaws of relegation.
So, the big positive – we are now SAFE. The magic 40 point mark has been achieved.

On December 2 we were plumb last and six points adrift.

We are now well clear of the drop zone and can look forward to the summer. 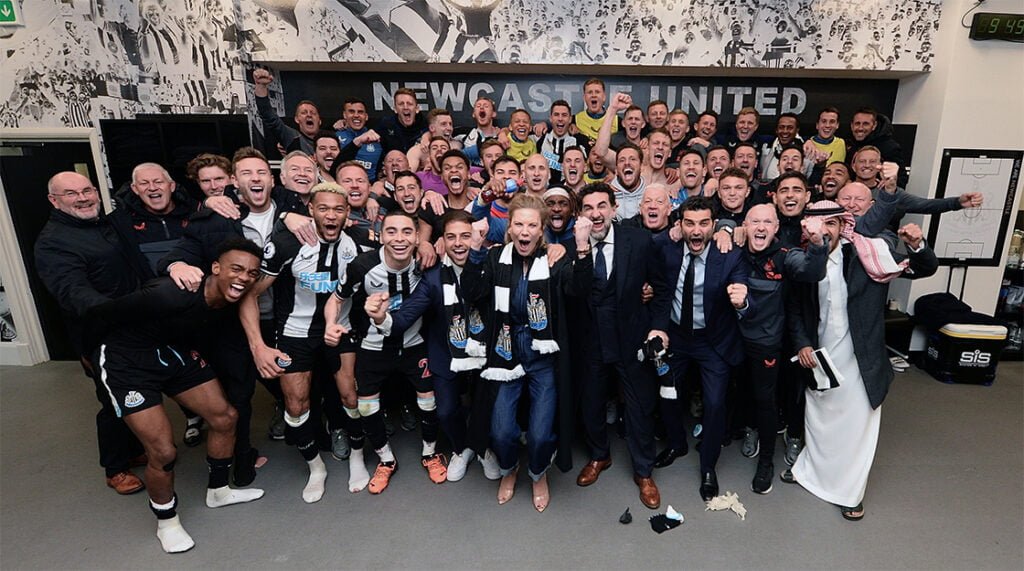 Alan Shearer was quite clear on MOTD that Almiron is playing for his United future.

It’s a tough call. He may be doing enough to stay off the transfer list as thing stand.

The goal was a sublime finish and it appeared his pace caught Palace by surprise before the curler into the top corner.

A massive goal in a tight game – the winner on the night. Well done Miggy.

Much like the aftermath of the Leicester game, we once again have to sing the praises of Matt Targett, Emil Krafth and Bruno G.

The Brazilian found a lovely pass through to set Miggy away for the goal.

Krafth, meanwhile, has had another excellent 90 minutes at right back. If you check his back pocket, you may find Zaha in there next to his car keys.

One of those games

Palace were undoubtedly weary from the adrenaline of a Wembley semi-final.

They are a pretty dangerous side really and they had a couple of moments where on another night the ball sneaks in.

United got away with a couple of those moments to down the Eagles. Zaha fired very narrowly wide twice, while we held on during a nail biting second half.

Thankfully, we got away with the three points, and a nice clean sheet too. Just.

Eddie Howe said at his pre-match press conference that he wanted the players to express themselves a bit more. That’s the next step in the project. To win games by more than just slender margins.

As the home side we had just 36% possession. Let’s be greedy, we need to see more of the ball when we’re at home.

The season is almost over

It’s refreshing to struggle for negatives when the team has just won its sixth straight home game.

The scale of the turnaround makes you want to have another ten games, it’s been that good.

From a season where we couldn’t wait for it to end, to one that we simply don’t want to end.

What will we all do over the summer!

Let’s hope there are more good moments in the remaining fixtures, especially the last two home games, which are those tough encounters with Liverpool and Arsenal.