I took our boys to their first Newcastle United game last month, the rescheduled match against Southampton away.

What an absolute belter of a day (night)  it was for them too.

Their first ever NUFC game resulting in a toon 2-1 away win.

An excellent equaliser by Chris Wood, his first Newcastle United goal courtesy of a superb Jonjo Shelvey ball into the box.

Then even better, that backheel volley winner from Bruno Guimaraes, also his first for NUFC. 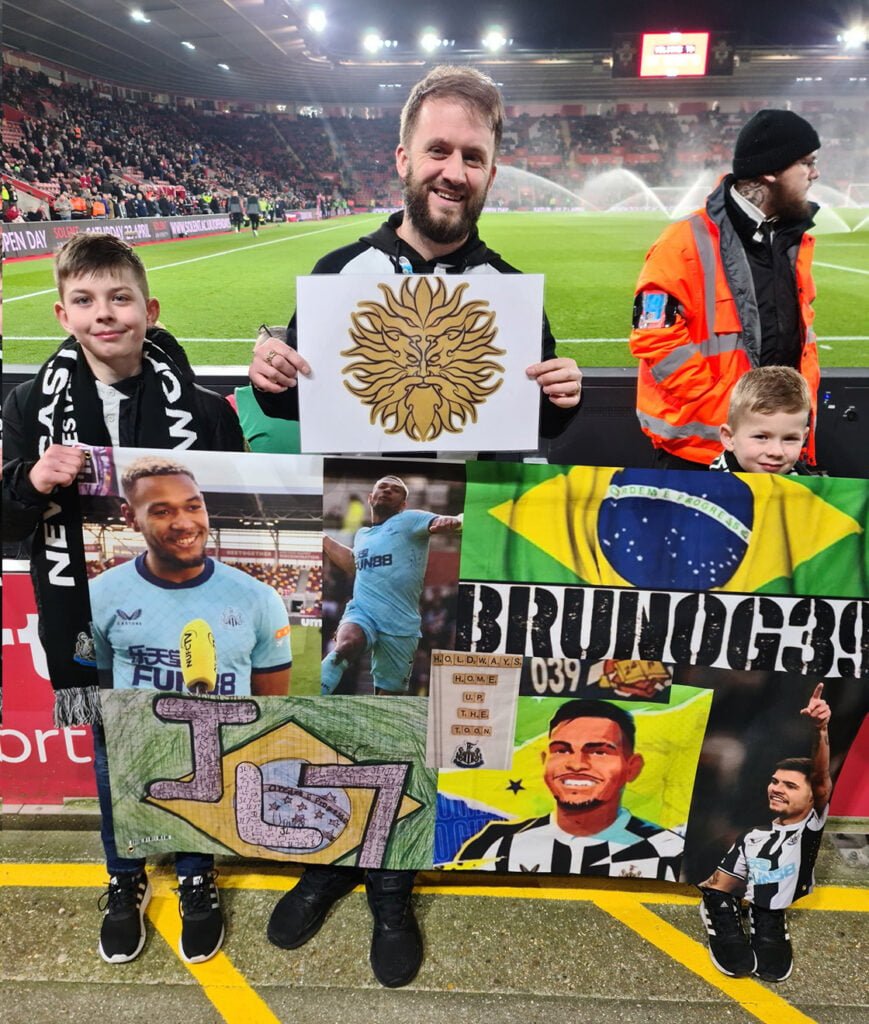 Just when I thought things couldn’t get any better, after the final whistle I couldn’t believe it when Bruno Guimaraes himself, headed over in our direction and handed his shirt to the boys!

@NUFC Clip recorded of @brunoog97 gifting our boys his shirt at the end of the Southampton game last Thursday 😍 thank you so so much @brunoog97 memories that will last a life time for our boys 🥰😍🇧🇷🚕🖤🤍⚫⚪ vamos Bruno 🙏 #BRUNOG39 #NUFC #NUFCFans pic.twitter.com/4oBYsab0ha

What a day, one that the boys will remember for the rest of their lives.

Would love for Bruno himself to hopefully see this and our thanks for making it such a particularly special day (night), for two young (and one not so young…) fans.