Santiago Munoz flew into Madrid on 4 September 2021 and after 10 days quarantine was then able to travel to Tyneside.

The 19 year old Munoz had also been waiting for his work permit to be authorised before starting his 18 months loan period with Newcastle United.

On completing the agreement to sign for Newcastle, before joining up with the Under 23 set-up Santiago Munoz said: “I have to do my thing, trust me and my process has been fast. It’s 18 months but I’m going to enjoy it. This is a dream that I know is possible. I’m not under pressure, I have a different mentality, I’m calm. I have talked with people from Newcastle but this is not a pretext for not fighting for a place in the first team.”

The similarity in name to the Santiago Munez character in the film ‘Goal’ gave the loan deal for the Mexican attacking player a lot of extra publicity.

Six months on and Santiago Munoz was able to start his first game at St James Park (after one match at the usual Under 23s home venue and one away game), only his third league start for the Newcastle United Under 23s as injury has hampered his involvement and progress.

It was maybe not quite ‘Goal’ standard but the 793 Newcastle United fans inside St James Park last night, saw a classic of its own kind.

The Newcastle United Under 23s going for promotion from the second tier to top tier of the reserve leagues, Fulham already promoted as champions but NUFC one of a large group of teams fighting for the four play-off spots that will decide the other promotion place. Six matches (including last night’s) of the regular season still remaining for Newcastle.

Attempting to end eight seasons in the second tier of reserve team football, Newcastle United got off to a disastrous start on Monday night against one of their promotion rivals. Goals in the 19th and 42nd minutes sending West Brom in 2-0 up at the break.

West Brom could and should have killed Newcastle off straight after the break but after the Baggies missed a sitter, NUFC went up the other end and got a foothold back into the game thanks to a header from Santiago Munoz, his first goal at St James Park and indeed his first Newcastle goal of his injury impacted stay of six months so far.

On 61 minutes Niall Brookwell got Newcastle level, before then remarkably Nathan Carlyon put the home side in front on 73 minutes, Santiago Munoz having been subbed to a big round of applause from the 793 in attendance, in between the second and third NUFC goals.

With only a few minutes to go though, West Brom equalised for a 3-3 draw, before then that ‘Goal’ moment came, as with the game into injury time, Josh Scott scored a very late Newcastle United winner for a 4-3 victory.

This is how the second tier reserve table now looks with five games to go for NUFC, with them needing to stay top five to make the promotion play-offs: 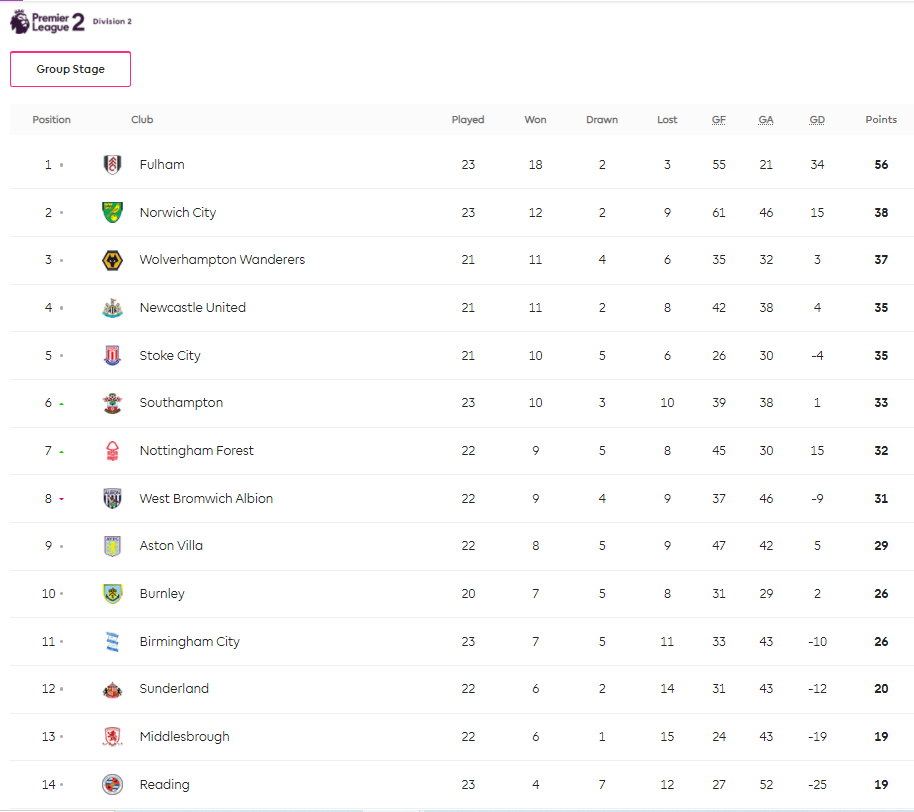 If you fancy seeing Santiago Munoz in action and supporting the Under 23s in their promotion bid, the NUFC reserves have another home match scheduled for St James Park, a 7pm kick-off on Monday 25 April when Southampton, another promotion rival, are the visitors.

Later that week as well, sees the first ever Newcastle United women’s team game at St James Park, a 2pm kick-off on Sunday 1 May when in their final game of the season, the women’s team could potentially win the league as they entertain Barnsley in what is a massive occasion for them, with hopefully a big crowd in support.

Santiago Munoz very happy after his first goal and win at St James Park, plus this now makes it three starts and three NUFC Under 23 wins for the 19 year old:

“I’m very happy with it all, for the team and also for me personally.

“I had to be patient as I had an injury when I started here but right now, I am getting fit and up to my level.

“The team and all the coaches are helping me.

“So I am very happy to be here, my first game at St James Park was just beautiful.

“I am thankful for the support and the goal.

“The supporters clapped me off and I was thankful for that, they came to support us and we gave them the win.”