Dean Henderson has been regularly linked with Newcastle United.

Dean Henderson once again linked with Newcastle this Tuesday morning.

‘Newcastle United will make a new move for Dean Henderson when the transfer window reopens, with Eddie Howe having identified the goalkeeping position as one of the key areas he wants to strengthen this summer.

While Martin Dubravka has performed impressively since returning to Newcastle’s starting side in late November, Howe is understood to be concerned at the lack of competition for the Slovakian within the current squad.’

‘Newcastle officials investigated signing Henderson on loan in January, but negotiations with Manchester United were swiftly concluded when the Old Trafford club raised the possibility of Dubravka moving in the opposite direction.

A renewed approach is anticipated this summer, although Newcastle will look to sign Henderson on a permanent basis rather than attempt to discuss another loan deal.’

Back in early February, The Manchester Evening News appeared to be to mischief (see below) when claiming Newcastle United had tried to sign Dean Henderson and had been willing to trade Martin Dubravka in return, on a loan basis both ways. As we said at the time, this completely contradicted Eddie Howe, who stated categorically on Talksport that he had not tried to sign Dean Henderson during January.

So, with the Northern Echo including this Dean Henderson January claim in their article today, it doesn’t help give it any credibility.

This though doesn’t change the fact that there is now a debate surrounding Martin Dubravka. His form has improved recently, this massively helped by belatedly Newcastle United signing some decent defenders, with Trippier, Burn and Targett massively raising the levels at the back. It is now over three months since Dubravka / Newcastle conceded more than one goal in a match and with only eight goals conceded in the last 11 Premier League games, the defence no longer appears to be the most serious weakness at Newcastle United.

However, there is always room for improvement.

So is it time for Martin Dubravka to get increased competition for his place, or indeed somebody else come in as the new number one this summer? Well, the jury is out. As I say, the Slovakian has improved after initially struggling when returning from injury, but I don’t think he is at the levels he was at when helping Rafa’s Newcastle United have the seventh best defensive record in terms of goals conceded in the Premier League, in both 2017/18 and 2018/19.

Personally, I think Newcastle United will definitely sign at least one goalkeeper this summer. Mark Gillespie came in on a free as third choice but won’t be competing for the first team, Freddie Woodman was thrown in at the deep end at the start of this season and struggled, so I do think that this has helped ensure his future lies elsewhere. Whilst for me it is definitely time for Karl Darlow to move on, get regular football elsewhere and Newcastle United to increase the quality of their goalkeeping strength.

Dean Henderson is an interesting option and somebody that surely will be looking for a permanent move and regular football next season.

He turned 25 earlier this month (as did Freddie Woodman) but David De Gea is undisputed number one at Old Trafford, Dean Henderson not having played a single minute of Premier League football this season. He did get 12 PL starts last season as he was helped by the fact De Gea picked up a couple of injuries but now back to a permanent place on the Man U bench. Despite so little first team football, Dean Henderson has been a regular choice for England squads and will undoubtedly be wondering about Qatar in November / December later this year.

Getting regular football in the Premier League is essential if he is to stake a claim for the England team and with Jordan Pickford the current first choice, Dean Henderson must surely think that he could have a real chance of making it. Especially if T-Rex gets relegated along with his Everton teammates.

I think Dean Henderson would only move to a club this summer if the intention was for him to be their number one at the start of the 2022/23 Premier League season.

Assuming Newcastle United stay up, you would have to see Dean Henderson as a more than credible signing.

Henderson was propelled into the England squad thanks to him proving what he was capable of in his one full season of Premier League football. 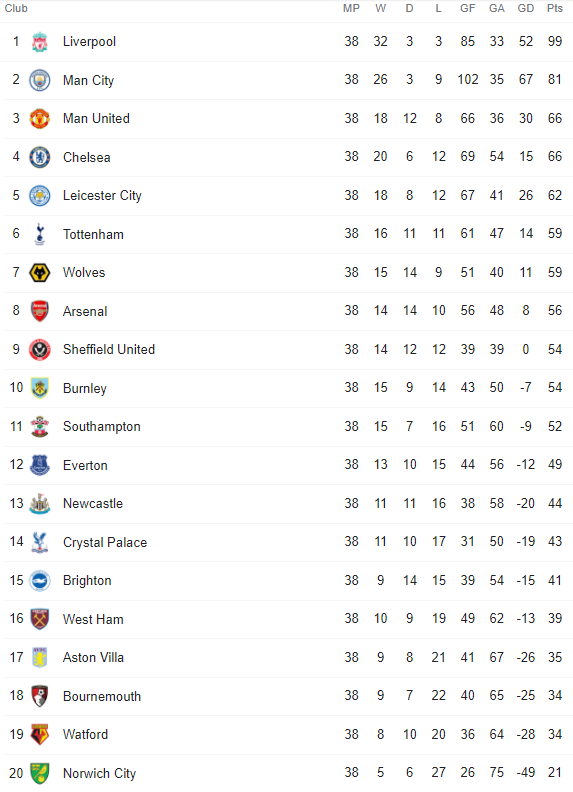 Dean Henderson started in 36 of the 38 Sheffield United matches that season and arguably was the biggest factor in them finishing so high, ninth place and only five points off the top six. Indeed, for a time the Blades looked real Champions League contenders, until a late slump. To sum that up, if they had won their last three games against Leicester, Everton and Southampton instead of losing all three, they’d have finished the season only three points off the top four.  The long mid-season break due to the impact of Covid seeming to impact on them, as Sheffield United only won three of ten PL games after the return of football in June 2020.

This doesn’t though take away from the remarkable season Dean Henderson had, as only the top three conceded less goals than the 39 Sheffield United conceded. Only six goals more than champions Liverpool.

The next (2020/21) season Dean Henderson returned to the bench at Old Trafford and Sheffield United finished up rock bottom of the Premier League, conceding 63 goals. You can’t say that was all down to Henderson no longer being there but it must have played a significant part.

So for Newcastle United, a case now of getting PL safety sorted and then start looking at the key signings to go for. Whether Dean Henderson proves to be one of those remains to be seen…

Wednesday morning has brought a newspaper ‘exclusive’ that reports Martin Dubravka turned down a move to Manchester United.

The report claims that this happened on 31 January 2022 and that the Newcastle keeper turned down a deadline day transfer to Old Trafford.

The claim comes from the Manchester Evening News (see below) and they say that Dean Henderson would have came to St James Park for the rest of the season, if Martin Dubravka had agreed to go the other way.

Only on Monday, Eddie Howe spoke to Talksport and was asked by Jim White whether he had tried to sign Dean Henderson last month, the Newcastle boss saying there was absolutely no truth in those rumours.

There were no claims of Martin Dubravka heading back the other way, until now that is.

Sounds a bit like mischief making, as why claim this now?

Martin Dubravka struggled when coming back into the Newcastle team at the end of November, after his second serious pre-season injury in consecutive summers, leading to him missing the opening months of the season.

However, these now past four Premier League matches have seen the keeper look more like his normal self, playing well against Man Utd, Watford, Leeds and Everton, only conceding three goals in the quartet of matches and none of them his fault.

As for Dean Henderson, he looked a really good keeper when playing the season on loan at Sheffield United in 2019/20, but has struggled for game time back at Old Trafford. He made 12 Premier League starts last season for Manchester United but it is now nine months since his last PL start.

United were prepared to accept Dubravka in exchange for Dean Henderson, whom Newcastle explored the possibility of signing on loan until the end of the season.

However, the goalkeeper declined the opportunity to join United as back-up to David de Gea. Dubravka started in Newcastle’s 3-1 win over Everton on Tuesday night.’