I have just read this Newcastle United article below and…I’m just shaking my head and laughing.

Like the rest of you, I see some real rubbish on a daily basis written about our football club.

Yet this one has hit the bullseye!

I do have sympathy for those involved with local newspapers as sales of the actual papers are all but invisible these days.

So now, like everywhere else, the local newspapers are massively relying on keeping going via their online offerings.

Now I grew up in an era where the Chronicle was basically it.

That is how you found out what was happening at Newcastle United.

Back in the 1970s and 1980s, the likes of John Gibson and Alan Oliver walked up from the Chronicle offices, spoke to whoever was the manager or chairman etc, went back to the office, wrote it down, then when you got the Chronicle through your door, that is how you found out who Newcastle United had signed. Or whatever other news of what was happening at the club. 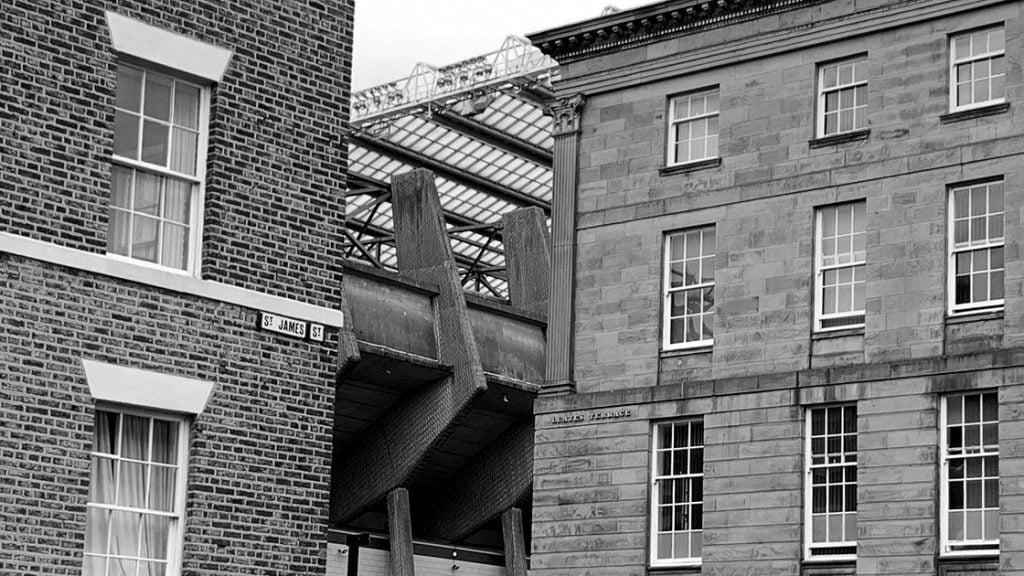 These days, I guess most of you see it just like me, the Chronicle is just yet another website fighting for your attention.

Difficult / impossible to believe when I go back to my childhood etc and how the Chronicle (and The Pink!!!) were such required reading. I can remember reading that back in the glory days of the newspapers, the Chronicle used to sell something like 200,000 copies a day, for most people I knew, they got a national paper each morning and the Chronicle in the afternoon / at night. Now those few who still get the paper version, get the Chronicle in the morning when it goes on sale, with yesterday’s news inside it!

Also, if you are / were a local, you will remember how there was a Chronicle seller on every street corner in Newcastle city centre, all with their own regular pitches. Not sure exactly how many there were but pretty sure it was at least something like three or four editions across the day, each one seeing new additions / changes. So the very first Chronicle of the day that went on sale, could look very different from the final one. As for The Pink, honestly, what was better than streaming out of St James Park after Newcastle United had won, in the pub on your second or third post-match pint, then The Pink seller rushing in and getting mobbed, turning to the back page to devour all the scores from the matches played that Saturday.

That Newcastle United article I mentioned up top from The Chronicle – 12 March 2022:

Newcastle United injury list in full ahead of Chelsea match

Joelinton and Allan Saint-Maximin are hoping to be involved in the match to give Eddie Howe more attacking options to choose from but they will both require late fitness tests after struggling with injuries and with neither featuring at St May’s against Southampton.

However, Howe does have multiple injury issues to contend with still. Here is the full list of absences:

The Spanish defender picked up a side strain in training which could keep him out of the trip to Chelsea.

The defensive midfielder has missed the last eight fixtures after having knee surgery. He is not nearing a return yet.

Trippier was on excellent form and played a big part in the club’s turnaround in from before he broke his foot in the win against Aston Villa. He also had surgery and is hopeful of returning before the end of the season.

Newcastle’s number nine tore his calf away at Manchester United in December and like Trippier, is not expected back until late in the season.

The former Norwich City full back has been seeing a specialist in Germany after picking up a groin injury which he has been unable to recover from.

Jamal Lewis – He isn’t even in Newcastle’s Premier League squad, so has zero relevance. Clearly the Chronicle journalist has no idea that this is the case. You might as well be saying that Alan Shearer won’t be available!

Callum Wilson – Well he got something right, Wilson is indeed out injured. However, that injury was picked up at home to Man Utd, not away.

Kieran Trippier – Full marks on this one, well done.

Isaac Hayden – Isaac ‘not nearing a return yet’…well, seen as he isn’t even in Newcastle’s Premier League squad, like the Lewis comments, this is total nonsense. Clearly the writer not having this basic knowledge of who is and isn’t in the 25 man PL squad for the rest of the season.

Federico Fernandez – Having picked up 31 caps for Argentina, this NUFC defender will be interested to learn this morning that he may yet get a call up to play for Spain…

Joelinton and ASM – The journalist does reference this pair as having late fitness tests but fails to mention even what their injuries (Joelinton – groin, ASM – calf) are.

Back in the day, the Chronicle employed countless staff, which included staff / editors who checked everything before it went out to the Tyneside public. Presumably, these days it must not be financially viable to employ staff to check what others have written before something goes out, as surely this shocking Newcastle United article above wouldn’t have made it through. The odd thing of course was always capable of slipping through in the past but nothing on the scale of this!

You have to think as well, that when it comes to local newspapers, then you need local people writing the articles. It doesn’t mean that every writer has to be a Geordie born and bred (though it wouldn’t do any harm!) but I think at the very least you need to be living in the region that you are writing about.

The Chronicle do of course still have people writing about Newcastle United who live in the north east BUT increasingly, they also appear to have an increasing number of writers who don’t live up here.

Whatever else you might think about what John Gibson, Lee Ryder or others write, they wouldn’t have come out with this rubbish above.

However, the Chronicle appear to be increasingly using writers to write about Newcastle United, who don’t live in Newcastle, or indeed anywhere close to our great city. It doesn’t make it impossible for somebody to write good stuff about Newcastle United, after all, look at so many brilliant articles that appear on The Mag from fans who live all over the UK and indeed around the globe. However, if you do live elsewhere AND you aren’t a Newcastle United fan, then if you are going to write about NUFC you are going to have to put extra work in to make sure you have your facts right.

In the instance of this Newcastle United article above, it was written by Joshua Hobbs.

There is an online site called Muck Rack and if you google almost any journalist’s name and Muck Rack, you can see all the articles that they have written.

When I did this with Joshua Hobbs, it brought up an interesting list.

His profile on Muck Rack states about Joshua Hobbs – ‘Freelance football writer and scout. Part of @AllStatsArentWe team. I mostly tweet about Leeds United.’ It also lists him as a ‘Trends Writer’ for Reach PLC.

You can see where the problems can come from.

If you are a Leeds United fan writing about Newcastle United AND Hull, the Sheffield clubs, Huddersfield and so on, you aren’t going to know every player in every squad. I wouldn’t expect Lee Ryder or John Gibson to be able to list every player in Hull’s squad, as you can’t have specialised knowledge on every random football club.

Which in a roundabout way has brought me to thinking about the future of local newspapers and especially their reporting on local football.

We surely aren’t too far away now from the actual paper versions of local newspapers disappearing altogether. It will be sad for the dwindling number of older people who are still reliant on getting a newspaper delivered, or picked up from a shop. However, I can’t see how the companies can keep them going for much longer with sales heading ever lower. The prices of local and national newspapers continue to rise and rise, to offset lower sales, but there is only so high they can go. I am already astonished at how much newspapers cost already these days, when my mam or other older relatives ask me to buy them if I’m on my way to visit them.

The internet is great in so many ways BUT I do at times get a big nostalgia hit and hark back to the days of The Pink and The Chronicle when they were such a big part of Tyneside life. Nothing stands still though and sadly it is now a long long time since even Newcastle Brown Ale was brewed in Newcastle Upon Tyne. This was an absolute disgrace and should never have been allowed to happen. As a kid walking through the city centre and that smell that was unmissable when the breweries were busy! Mind you, having gone down the nostalgia route, one thing that I definitely don’t miss, is what you often experienced on a Sunday morning when down the Quayside market, the odour wafting off the Tyne!!

I no longer have any fancy for Newcastle Brown Ale which is brewed now in Tadcaster and if in the future my local newspaper coverage of Newcastle United is also going to be ‘brewed’ in Yorkshire, then I think I will be giving that a miss as well.