Dermot Gallagher reviews controversial decisions in the Premier League after each round of games, on behalf of Sky Sports.

The former top referee has now given his call on these incident in the Chelsea v Newcastle match.

Dermot Gallagher looking at the key incidents, thinking one decision from the referee and VAR was correct, BUT  Newcastle United badly done to with the other one.

Dermot Gallagher on the yellow card, not red, for Kai Havertz when he elbowed Dan Burn in the face:

“I agree [it was a yellow, not red] for a number of reasons.

“If you look at it, both players’ arms are up, Dan Burn’s arms are up as well.

“They are both challenging for the ball, going towards each other. There is inevitably going to be a collision, there is no doubt abut that. 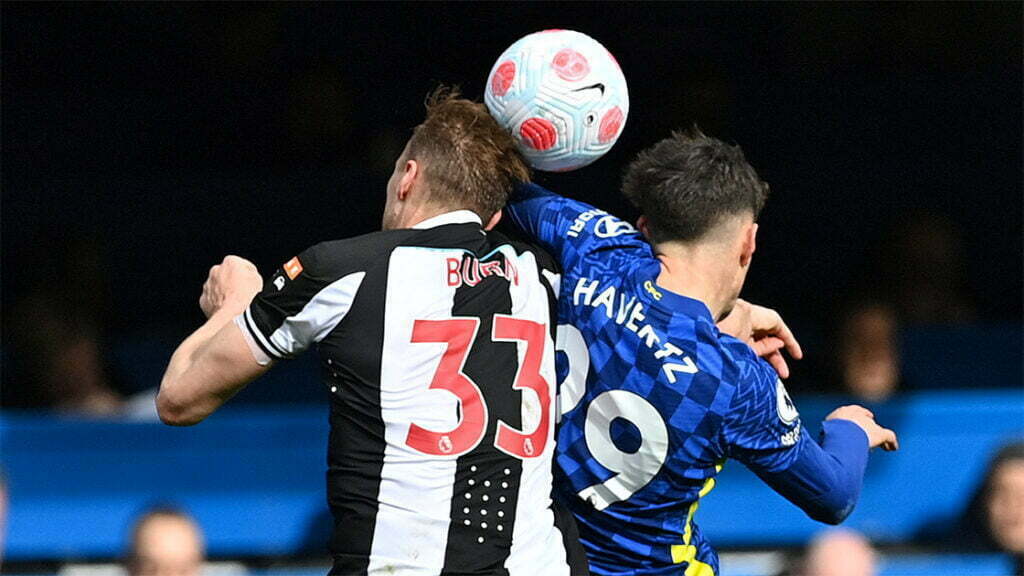 “I think the key for me, is what I was being taught as a referee, if somebody throws an elbow in malice they are going to clench their fist, they are going to force impact. If you look at Kai Havertz, he never clenched his fist.

“It is almost the flailing arm if you like, it does catch him.

“I think it is a yellow card.

“I didn’t think it was a foul that was that bad.

“It is not what I would call serious foul play, he hasn’t thrown the elbow as a weapon.”

Dermot Gallagher on the decision not to award Newcastle United a penalty when Jacob Murphy was brought down by Trevoh Chabolah:

“Grabs his shirt, trips him, shoves him.

“I also think that there is a caveat for the VAR to send it.

“Their feeling was, that was fed back, was that they didn’t feel that the fall was commensurate with what happened on the field. Well I think that is probably because they looked at the upper body, rather than lower body.

“The referee gives a corner, Chalobah doesn’t play the ball, should have been a goal kick or a penalty.

“So with the referee giving a corner, he is telling everybody, ‘I think Chalobah has played the ball’, so therefore I feel the VAR could have said to the referee, ‘Well, he didn’t play the ball, you might want to go and have a look at this’.

“And if he had gone and had a look and seen what we have seen, he would have given a penalty.”