The total amount of agents fees paid by football clubs in England has now been made public.

The decision was made a while ago by the authorities that all agents fees paid by top English clubs had to be made public in the need for transparency.

The period covers the last two transfer windows (Summer 2021 and January 2022) and represents all intermediary and agents’ fees paid by clubs during the specified period via the FA’s clearing account.

Remember, this is money paid to the middle men that is not just necessarily when buying players, plenty of clubs using agents to help sell players as well.

As well as the Premier League, the FA have also published details for the Championship, League One, League Two and even the National League.

Listed below are the official FA amounts for the Premier League and League One:

All intermediary and agents’ fees paid by Premier League clubs over the past year (Summer 2021 and January 2022 transfer windows): 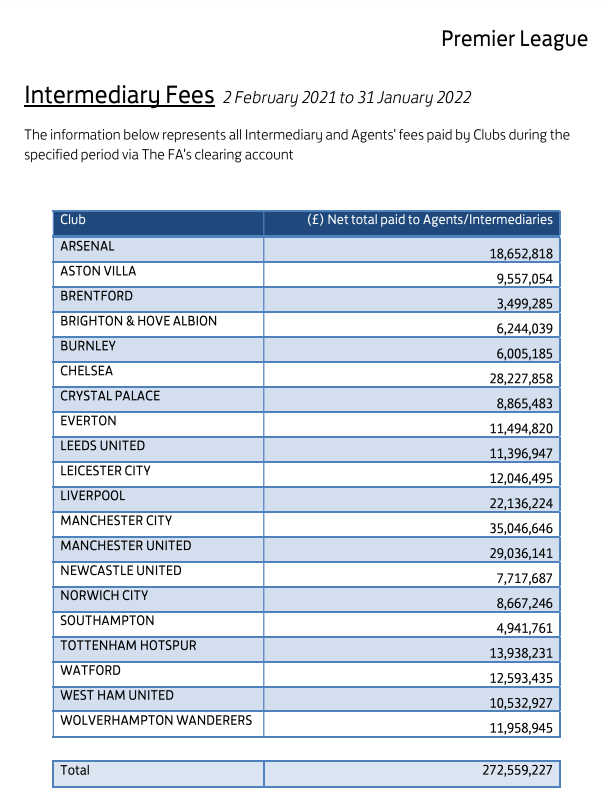 Obviously you would anticipate that by far the majority of these agents fees was in January 2022 when the new owners signed five first team players.

Despite that January spend to try and repair the mess Mike Ashley and Steve Bruce had left behind, it still only makes NUFC the 16th highest of PL clubs, Man City with £35m at the very top.

As for our friends down the road in League One: 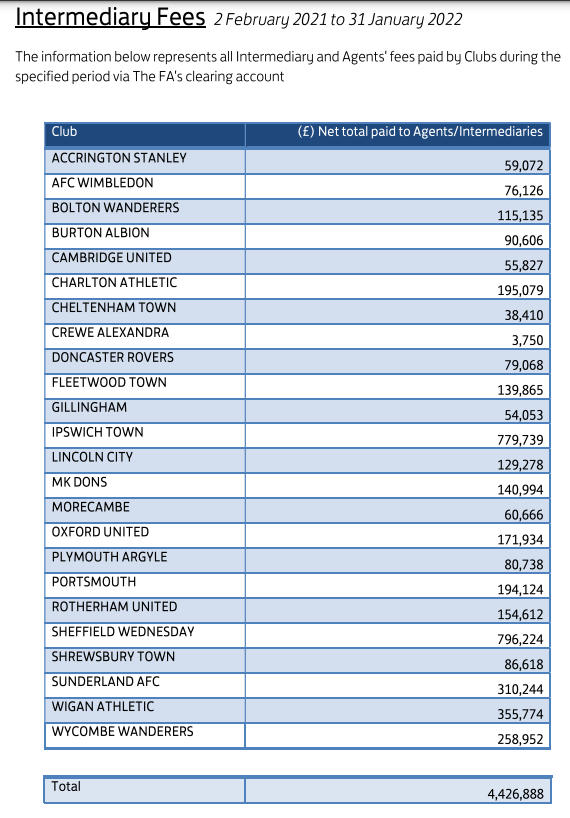