Just when you thought things couldn’t get worse at Newcastle United, as well as having Mike Ashley as owner, he then forced out Rafa Benitez so he could replace him with Steve Bruce.

In his absolute focus on returning to having a complete stooge / patsy ‘in charge’ instead of the best manager possible, Ashley willing to take anybody – no matter how not up to the job they were, just so long as they were desperate enough to take it with whatever conditions were attached.

Mike Ashley proving his determination to keep his patsy in place, even when Steve Bruce went on a run of only two wins in twenty one matches last season, or started this current season a total shambles, with not a single win in the opening two months of the season.

It literally taking a change of club ownership for Newcastle United fans to see the back of Steve Bruce.

At last released from the Ashley / Bruce influence in October, player after player began revealing just what a joke the club had been under the previous owner and head coach. When on loan, Danny Rose had expressed his sheer disbelief at how few days training happened at Newcastle United compared to where he’d played at previously, a ridiculous number of days off given by Steve Bruce to himself and the players. 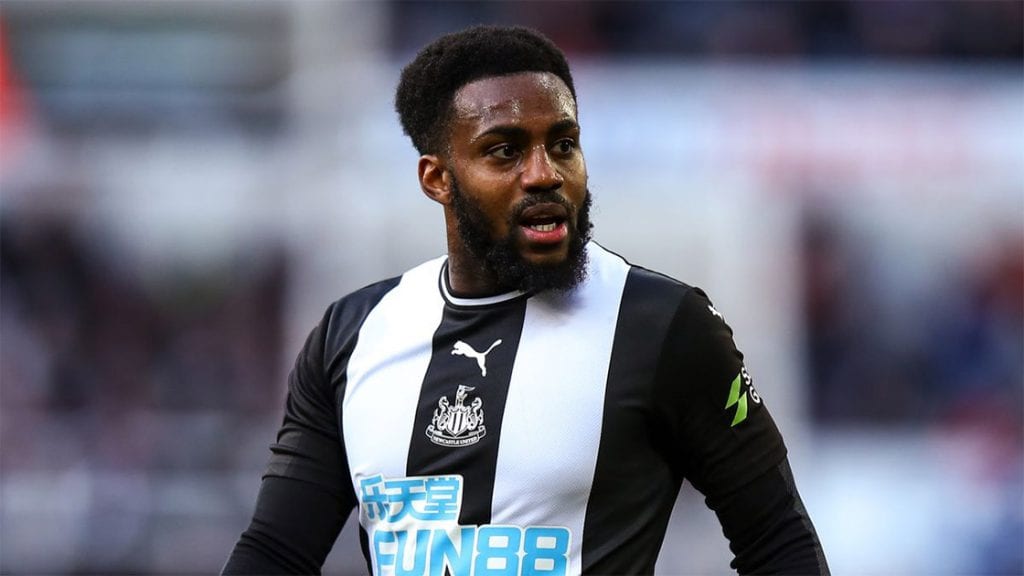 As well as clueless tactics and formation under Steve Bruce, the team looking nowhere near fit enough. Indeed, Bruce’s ultra defensive tactics in the vast majority of his time at Newcastle United, said to be largely due to the team not being  fit enough to do anything other than that.

Callum Wilson was one of the players who after Steve Bruce left, said the NUFC squad simply wasn’t fit enough when this season kicked off, compared to opposition teams. Perfectly summed up by the opening fixture, Newcastle 2-1 up at home to West Ham after 45 minutes, then the second 45 seeing the Hammers score three and NUFC not even have a single effort on target.

Replacing Steve Bruce with Eddie Howe brought instant improvement, a fitter better focused team that was sent out to try and attack, instead of simply defend in numbers. Player after player said how knackered they were after training now BUT absolutely felt the benefits from it. There was a clear improvement in team performances under Eddie Howe, with only poor individual errors from players undermining that improvement initially, when it came to results.

Saturday’s win over Brentford makes it unbeaten in seven Premier League games, four wins in the last five, scoring at least once in all these last seven PL matches whilst conceding only four, with now only two goals conceded in the last 8+ hours of football Newcastle have played.

What on earth could have made the difference…?

Incidentally, Steve Bruce now has a record of zero wins in the past nine months, has lost nine and drawn four of the last 13 matches he has overseen, has already taken West Brom from fifth and securely in the play-offs to now thirteenth and eight points off the top six.

Turning back to Newcastle United, we now have a strongly contested competition / debate as to who exactly is the most improved player at St James Park since the change of Head Coach. Joelinton, Willock, Schar, Shelvey…take your pick.

A man of the match performance on Saturday, Ryan Fraser is yet another Newcastle player who literally does look…a completely different player to what we saw under Steve Bruce. This Brentford game not a one-off, as we have seen improvement over a number of games as the Eddie Howe influence has started to cure the rot that existed previously at the club. 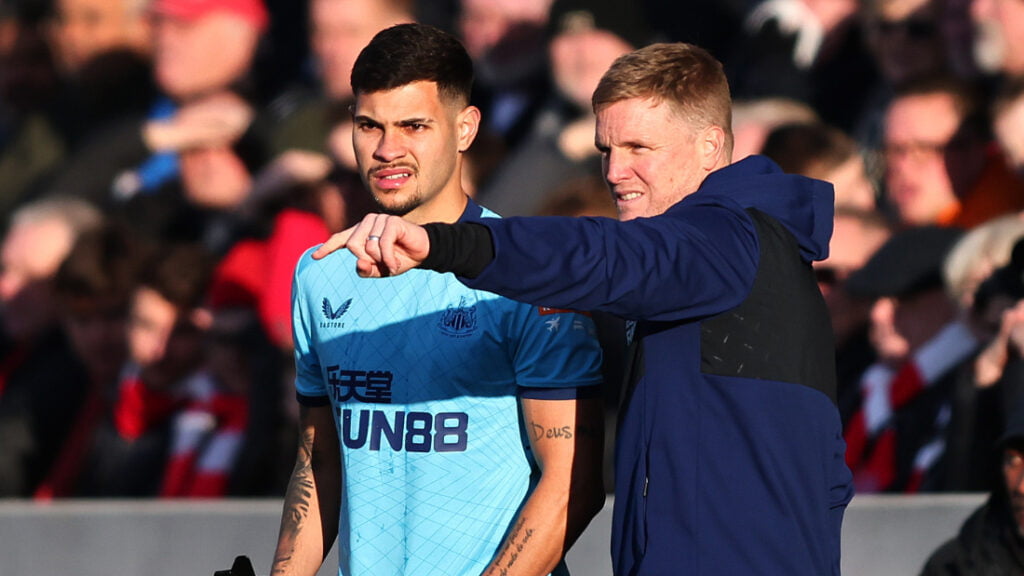 Speaking after beating Brentford 2-0, Ryan Fraser well worth listening to.

This particular line from his post-match interviews I particularly loved…’The gaffer had a meeting before the game at the hotel and his quote was ‘Do you want to be hunted or be the hunter?’

Well, under Mike Ashley and Steve Bruce, as Newcastle fans we had more than enough of our fill of being the hunted.

Steve Bruce promised when he arrived at St James Park that his Newcastle United team would always play on the front foot.

How great it is now to have a proper Head Coach in place who you can trust and when he says something, both fans AND players believe in what he is saying.

“I could keep you here all day to tell you about all the things Eddie Howe has changed [at Newcastle United].

“Even going into training and seeing things that inspire you on the walls.

“It has been massive.” 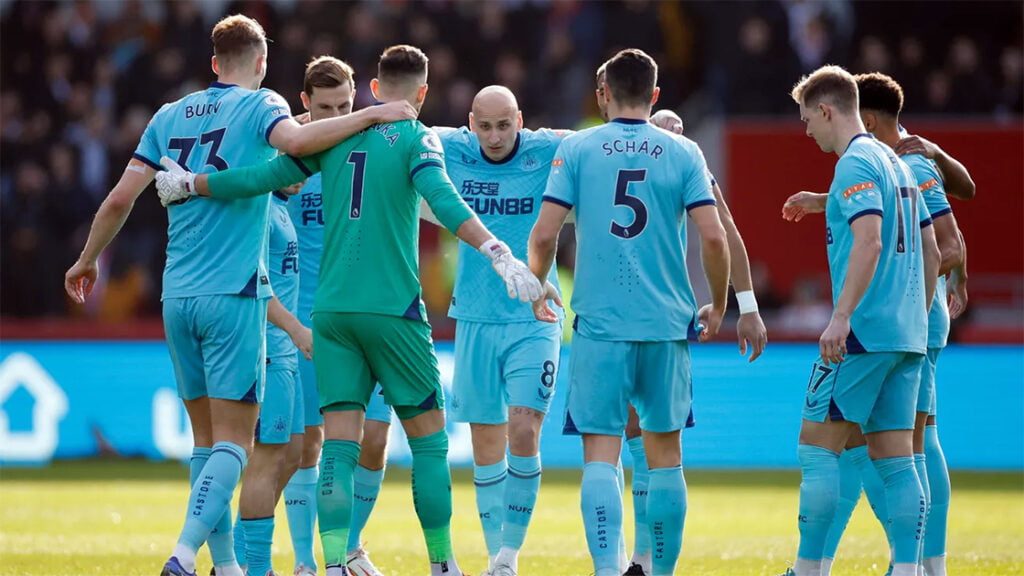 “Ever since the gaffer [Eddie Howe] has came in [and replaced Steve Bruce], there’s been a change in spirit and there is belief we can win when we go out on that pitch.

“No one questions it, we all get our jobs and he’s putting us out there to win the game.

“The lads are feeling unbelievable – I can’t tell how you how hard it is to go seven games unbeaten in the Premier League.

“Getting back-to-back wins is hard enough as it is but to go seven unbeaten, winning four of them, is unbelievable from where we’ve been. You get the top six teams who will struggle to be seven unbeaten sometimes.

“It’s brilliant and all the lads are buzzing for it!

“I don’t think the red card changed the game. Before the red card, we dominated it and had chances. I think it makes it harder because they sit in even more but the lads stood up to it, getting the two goals before half-time.

“The gaffer told us to try and win three or four nil but two-nil, a clean sheet in the Premier League and getting three points with the fans buzzing is all that matters!

“I thought the second goal was coming anyway but it was a great counter-attack from us. We can play two styles now – keeping the ball like we did in the second-half, managing out the game, and we can also hit teams on the counter.

“We know what we’re doing and the gaffer puts us in a structure we know when to counter and keep the ball in transition so it’s been brilliant.

“It’s my job to do that (assisting) but you go into the game thinking about your performance first – the willingness, running and doing the game plan the manager has given you and the rest comes on top of that.

“I played out on the left for the first time and the gaffer knows that’s my favourite position! Maxi (Allan Saint-Maximin) and Murph (Jacob Murphy) have been playing there and I got used to playing on the right.

“Me and Matt had a very good relationship today. We trained just once with each other, on Friday, and as a full-back and wide man, I don’t think you would have noticed it would have been one day on the training pitch.

“We wanted to score two or three more in the second-half but sometimes in football, you take the two-nil and we’re now up to 14th. We need to go and win next week now and make it eight unbeaten!

“The gaffer had a meeting before the game at the hotel and his quote was ‘Do you want to be hunted or be the hunter?’.

“We would jump three places today if we won and that little bit of motivation before we came to the ground was important. Now, we need to keep being the hunter and get up as far as we can.

“Although we don’t want to get too far ahead of ourselves, we can still finish quite high up in the table.”