Rio Ferdinand has been talking after this weekend’s Premier League action.

The former Leeds and Man Utd defender analysing the relegation battle and Newcastle United in particular.

The weekend’s games seeing Newcastle making it three wins in a row and open up a four points gap to the bottom three.

Rio Ferdinand summing up Eddie Howe’s most impressive signing (so far…) of this January transfer window, these three words say it all…

“What a signing Kieran Trippier has been.

After helping Newcastle United to ten points in his first four PL games, Kieran Trippier is of course now injured.

Breaking a bone in his left foot on Sunday, his recovery time is estimated to be anything from six to eleven weeks if you read the media reports, that translating into maybe missing five or six games, right up to missing most or all of the remaining 15 matches. 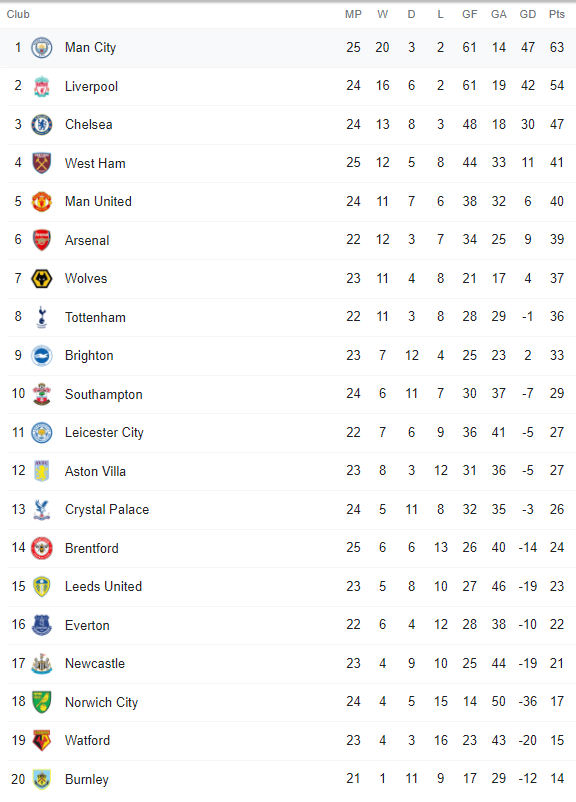 Rio Ferdinand on the relegation battle:

“I think that the three teams that are in the bottom three now go down.

“Leeds and Brentford could get dragged in.

Not one Newcastle United fan, well…not one sensible NUFC supporter, will think survival is now a foregone conclusion. However, these three wins in a row have given the club a massive lift AND the real possibility of now being able to move on from fears of the drop.

Reality is though that as has been shown, only a few results can massively change the picture at the bottom and with United still only four points clear of trouble, it is imperative that Eddie Howe and his players keep on picking up points to get the job done themselves, to protect against the possibility of one or more of the bottom three suddenly putting a run together. After all, before getting hammered 4-0 by Man City at the weekend, Norwich City had picked up seven points in three PL matches.

Shots on target were Newcastle 2 Villa 1