Mike Ashley – I’m proud to be one of the 10,000 Newcastle United fans who got rid of him

Mike Ashley was a curse on Newcastle United.

For over 14 years he used and abused our football club.

When the 2007 takeover happened, Sir John Hall said afterwards that Mike Ashley’s people had told him that the reason Ashley was buying Newcastle United, it was so he could use the football club to promote /advertise and expand his retail empire in the UK and around the globe.

In our naivety, no Newcastle United fan remotely comprehended what this would actually mean in reality.

A self-made English billionaire with a business very much linked into sport and especially football, it just sounded like an easy win-win.

Mike Ashley obviously needing Newcastle United to be as successful as possible on the football pitch, if there were going to be tangible benefits for his Sports Direct business and related brands.

Back in 2007 we had already seen owners at numerous other Premier League clubs using their personal fortune and other businesses, to help support them in trying to make their football club successful.

How could we possibly have known as Newcastle United fans that where Mike Ashley was concerned, this was going to be the complete opposite!

Rather than using his other businesses and personal fortune to bring success to Newcastle United on the pitch, instead, Mike Ashley simply looked for ever more ruthless ways of milking NUFC.

The entire club was taken over by the horrific Sports Direct branding, a complete eyesore. All around St James Park, the training ground, the club’s official social media and overall online presence, press conferences, new player photo shoots, the lot.

In return, not a penny went into Newcastle United from Sports Direct. Which Premier League club owner has ever done anything remotely similar to this…?

We now truly understood what Sir John Hall had been told back in 2007, Newcastle United simply used as a massive free advertising hoarding to promote the owner’s retail empire.

You all know the rest, with the cherry stuck right on top of this very unpalatable cake being the moment when Mike Ashley renamed St James Park, with yet again not a penny coming from Sports Direct in return.

How great it was to see the media rallying to the side of Newcastle United fans, calling out this absolutely shameless behaviour. Well, no. The local media were bad enough but the national media, with very rare exceptions, absolutely nothing at all. I honestly think, if Mike Ashley had done to a club in London, what he did to Newcastle United, it would have been a very different story where the media were concerned. They would have been on his case from very early on.

Instead, as the most northerly outpost that they simply like to ridicule and patronise, it was just more of the same for journalists down in that London.

It also didn’t take much working out to realise why Mike Ashley had chosen Newcastle United for his cunning promotion / expansion plan. A club that is always in the news (all publicity is good publicity where Mike Ashley is concerned, after all, why would fans of other clubs (his SD customers) care if he was using and abusing NUFC?) and with 50,000 fanatical fans willing to provide the perfect look for his overwhelming St James Park advertising. Advertising that was beamed around the UK and the rest of the World regardless of whether NUFC were successful on the pitch, just so long as they could crawl and survive from one Premier League season to the next. 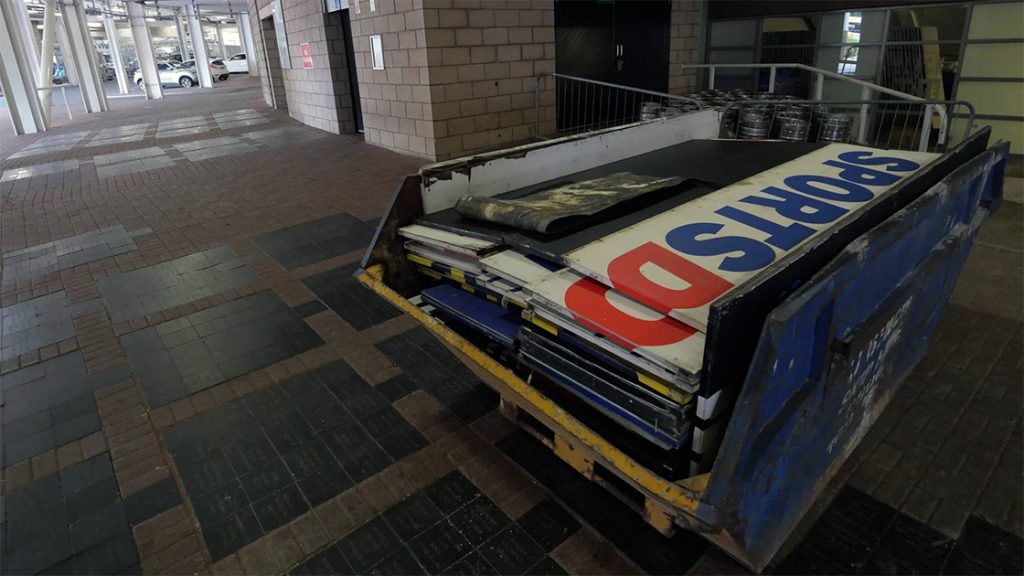 As we neared the first decade of his rule, for whatever reason, Mike Ashley decided that Sports Direct would pay a nominal amount for the previously totally free worldwide promotion of the retail empire. It was laughable really, but allowed Mike Ashley to say / claim that now his other businesses were putting cash into Newcastle United in return for the massive benefits that they continued to milk. With the help of Newcastle United, that retail empire had massively expanded and Mike Ashley himself inflating from a billionaire to a multi-billionaire.

If we go back to Friday 26 July 2019, Mike Ashley stated in the Sports Direct accounts:

“In the current and prior year we have in the ordinary course of business been charged £1million per season for advertising rights whilst Newcastle United are in the Premier League, this is covered in the related party note in the financial statements.

“For the football season beginning in August 2019 the Sports Direct Group will be charged £2million for the advertising rights. Sports Direct still considers this to be value for its shareholders.”

Too right it is / was. Only paying £2m a year for the level of promotion Newcastle United were giving them, it was still an absolute joke, though nowhere near as big a joke as paying absolutely nothing…

Which brings us round in a complete circle. Amanda Staveley has been taken to court by Mike Ashley over the terms of a loan he made to her to help pay for costs incurred when the takeover was going through. Yesterday, The Mail revealed that they had seen papers supplied to the courts by Ms. Staveley and amongst what she states / claims to be the case, included a claim that Mike Ashley’s retail empire had actually paid not a penny to Newcastle United for promotion / sponsorship of Sports Direct etc for the 2019/20 season, the 2020/21 season, plus the current 2021/22 season.

I think over the course of Mike Ashley’s 14+ years of ownership, there was barely any season ticket holder who didn’t ever consider at some time, saying enough was enough. That Mike Ashley had used and abused their football club to such an extent, that continuing to go to matches and providing a backside on a seat to help make his adverts look their best, was unacceptable. Never mind paying him for the privilege.

Mike Ashley had encountered the odd scare, the 2009/10 Championship season saw a backlash from Newcastle fans after the Kevin Keegan / Dennis Wise disgrace and then Ashley pretending he was trying to sell the club. There were around 16,000 empty seats for the first home game but Chris Hughton did a staggering job despite zero budget and numerous players sold, he and the players getting instant promotion as champions and a 44,000+ average home crowd as fans supported the team / club, if not the regime. 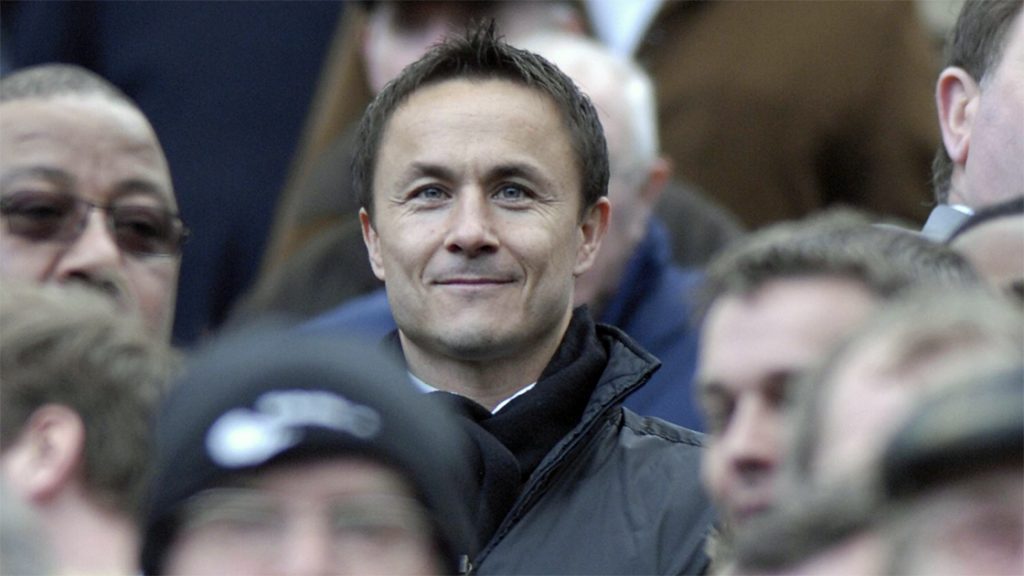 After Mike Ashley relegated Newcastle United for a second time in nine Premier League seasons, the owner got even luckier. Rafa Benitez agreed to stay on despite being in the second tier and instead of fans deserting , it was a remarkable sell out week after week simply due to the hope that Rafa’s ongoing presence gave supporters. An average of over 51,000 in the second tier across 23 home matches and in the Premier League, only Man Utd got a higher total of paying customers across the season for league matches.

After the first transfer window, Rafa Benitez swiftly became aware that the promised support from Mike Ashley might not be all that it was supposed to be…

The clock was ticking and Rafa’s three year contract quickly counting down.

If Rafa goes we go, quickly became the mantra for many Newcastle fans.

It wasn’t that Rafa Benitez was the only suitable manager for the club, instead it was a case of him being the only credible  one that had agreed to do the job for a long time and now he was being completely undermined and any hopes of the club being properly run under Mike Ashley, rapidly fading.

Myself and the other Whitley Bay musketeers decided in 2019 that it would indeed be one for all and all for one, the four of us going to pack in our season tickets if Mike Ashley did indeed force Rafa Benitez out and replaced him with yet another clueless stooge / patsy just absolutely grateful / desperate to have the job, as we had seen so often previously.

Rafa did indeed leave, a clueless and desperate stooge / patsy was indeed his replacement, so the four of us did depart St James Park with heavy hearts. However, all of us sure we were doing the right thing, that there was no way Mike Ashley would ever leave whilst he still had 50,000 of us filling St James Park week after week.

It turned out we were not alone…

After the close of the 2018/19 season, St James Park was never ever again full whilst Mike Ashley owned NUFC.

The season kicked off with a lot of empty seats at St James Park, at times a LOT of empty seats. Poor Mike Ashley seeing his lovely Sports Direct adverts looking all forlorn, without masses of Newcastle United fans to give them credibility. empty seats equals failure, not a message you want to send out in relation to your retail empire.

If we weren’t sure that the game was up for Mike Ashley at that point, then some four months into the season we certainly did. 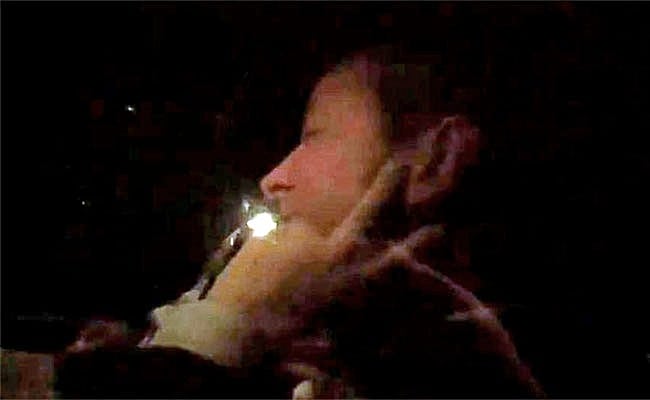 Mike Ashley responding to the embarrassing empty seats by giving away 10,000+ free half season tickets!!!

Once again, the Newcastle United owner doing something that not a single other Premier League club owner had even remotely considered.

This was absolute desperation.

A final act in this sorry tale of football club ownership, whereby Mike Ashley had done everything he could to milk Newcastle United before there was literally nothing else left to be taken.

I 100% believe that the decision of Mike Ashley to finally agree to sell the club, was inextricably linked to those 10,000+ unsold season tickets and resulting sections of empty seats inside St James Park.

Bottom line, if myself and the rest of the Whitley Bay four, as well as the others who stopped going, hadn’t stopped going, and St James Park had remained full every week, Mike Ashley would still be here. Guaranteed.

I knew what I was doing but it still obviously annoys (VERY much) me that between us, the Whitley Bay ‘lads’ have lost a collective 1000+ loyalty points between.

However, I would rather be locked out of St James Park with the current set-up, than be still inside with Mike Ashley in control.

I totally understand those who never did make the sacrifice, after all, it took me 12 years of Mike Ashley to finally say enough was enough.

I don’t expect your sympathy or gifts of season tickets…I just hope that St James Park can be significantly expanded so that us Whitley Bay lads and as many others as possible, can rejoin you inside the stadium very soon on a regular guaranteed basis via a season ticket.

For anyone who wants to believe that the current 52,000 capacity is sufficient, give your head a wobble.

If Newcastle United can get 52,000 every week in the Championship, just how many will want to go if we get even relative success?