An official statement on Sunday night revealing the departure of our neighbours’ Head Coach.

This news coming only around three hours after Newcastle United announced the signing of Brazil international midfielder Bruno Guimaraes, in a deal that could end up costing almost £42m.

To outsiders, it looks like our local ‘rivals’ have made an extraordinary decision, when you look at the current League One table: 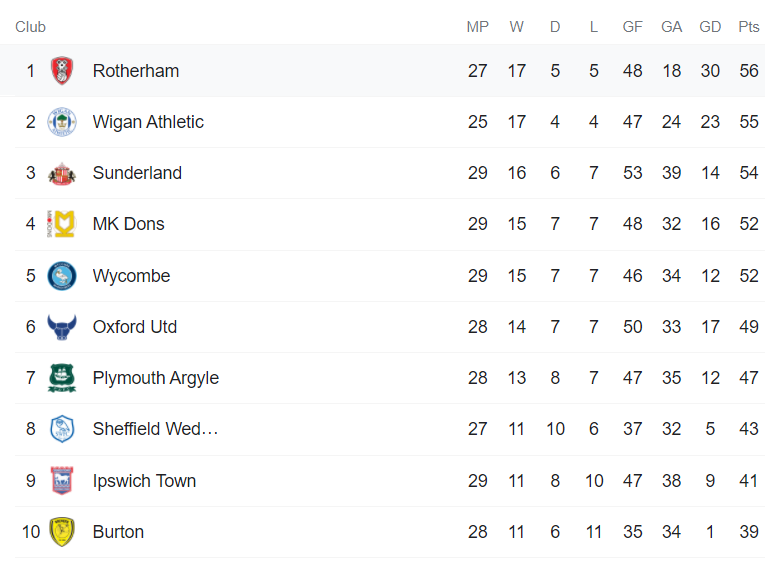 Yes, it was very very funny that Sunderland lost 6-0 on Saturday.

However, having only had just over 13 months in the job, Lee Johnson had Sunderland third in the table, only one point behind second and two points behind the leaders, albeit the top two have games in hand.

The Sunderland fans successful in forcing out yet another manager, when Lee Johnson had them surely certainties for the play-offs and potentially still able to get in the automatic promotion places.

Since relegated from the Premier League on 21 May 2016, Sunderland have dismissed six permanent managers.

The 40-year-old, who arrived at the Stadium of Light in December 2020, has left the club with immediate effect alongside Assistant Head Coach Jamie McAllister.

Johnson guided SAFC to 41 wins in 75 games, including the club’s first victory at Wembley Stadium since 1973, and he was named League One Manager of the Month on two occasions.

“I would like to thank Lee for his commitment and endeavour over the past 14 months.

“We regret that we have had to take this decision, but felt immediate change was needed.

“We firmly believe that this is in the best interests of Sunderland AFC as we strive to earn promotion this season. Lee and Jamie will always be welcome at the Stadium of Light and they depart with our best wishes.”

The process to appoint a new Head Coach will commence immediately and a further update regarding the club’s interim coaching set-up will be communicated shortly.’