Also of course, the first Eddie Howe signing and the opening statement of ambition from the recently installed new owners.

So how have the Sunderland fans taken the news?

Well, I think looking at the comments below, I would overall describe their reaction as the cherry on top of the icing, on top of the cake.

Apparently Kieran Trippier used to be a good / excellent / OK player, but now, he is finished at the age of 31.

Also very interesting to read just how disgraceful the media, both national and local, are.

Apparently it is ridiculous how much coverage Newcastle United get compared to Sunderland and this is summed up by just how much attention has been paid by the media to NUFC signing England’s right-back who played in that Euros final six months ago and won La Liga in May.

According to one of the Sunderland fans below, it would ‘barely get a mention’ if the Mackems had signed Kieran Trippier.

Another of the Sunderland fans is so outraged by the unequal media coverage given to Newcastle United compared to third tier Sunderland, he has written to Sky Sports to complain about Keith Downie and demand that they justify this…

I’d like to thank the Sunderland fans for their input this morning, it makes me love this Kieran Trippier signing all the more, knowing just how many tears are flowing into the Wear.

Sunderland fans commenting via their Ready To Go message board:

‘If this was Sunderland or Middlesbrough signing Englands 31yr old 4th choice RB it would barely get a mention.’

‘Am I missing something here?

They’re signing a 31 year old run of the mill right back yet the press (local and national) are going on as if they’ve signed Pele.’

‘Going for the wrong type of players I think.’

‘Love to think relegation clause is in his favour so he can walk for say 6m.’

‘Other than the big 3 and probably Arsenal I think he’d get in every other side in the league. He started for the best team in Spain last season.

‘Trippier an enormous upgrade on their current squad.’

‘Half of our squad would be enormous upgrades on their squad…’

‘Got Chodwell written all over this. Champion.’

‘Good player, terrible value for money at those figures.

Hope there’s a few more like that tbf on nice long contracts. Quickly eat up the wiggle room they’ve got for FFP.’

‘The first PL player to sign for a club owned by a country with one of the worst human rights records on the planet.’

‘Good signing to be honest if they have a supposed endless pit of money, Far better than what they have now.’

‘It’s a good signing for Newcastle, but it’s a truly terrible move for Trippier.’

‘The amount of media coverage they are getting is quite frankly sickening at National and Regional level.’

‘We will be making our way back up there over the next couple of years, they will feel the need to cover that story, I do hope that the next time the likes of George Caulkin, Keith Downey, Luke Edwards et al darken our doors, every fan who recognises the morally bankrupt f.ckers gives them it with all barrels.’

‘The NE media are simply another vehicle to promote Newcastle ! Sunderland and Middlesbrough don’t exist to them.’

‘In my life they are barely mentioned as I avoid all sports news and stations.’

‘He’s a good player and improves them, no doubt about it. But feels like they have improved a position that would have been well down the list of what needs replacing ( for me anyway). Also now a quarter of the way through the window and no further forward on stuff they really need. Had months to get a move on really and they just don’t seem to have got stuff lined up apart from this and that still took a week.’

‘The thing that gets me is most Newcastle fans I know all like manquillo and claim he’s one of their better players. So why start replacing him first?’

‘Let’s face it mate, we’ve seen first hand just how sh.te he is. Regardless of what they think.’

‘Reality is Newcastle will sign just enough players to keep themselves up and really hit the transfer market end of the season.’

‘Your lot will NEVER have the moral decency or integrity of ANY SAFC supporter.

DO NOT ATTEMPT TO IMPLY YOUR THE SAME.’

‘Will someone please please tell them..he’s only there for the money!!

No one else wanted him!!’

‘They have missed out on probably 9 Managers, 4 DOFs and lots of players who don’t want to be tarnished.’

‘It was obvious that this (Newcastle attracting decent players) was going to be the issue from day 1. The entire north east needs a complete overhaul because it’s a sh.thole.’ 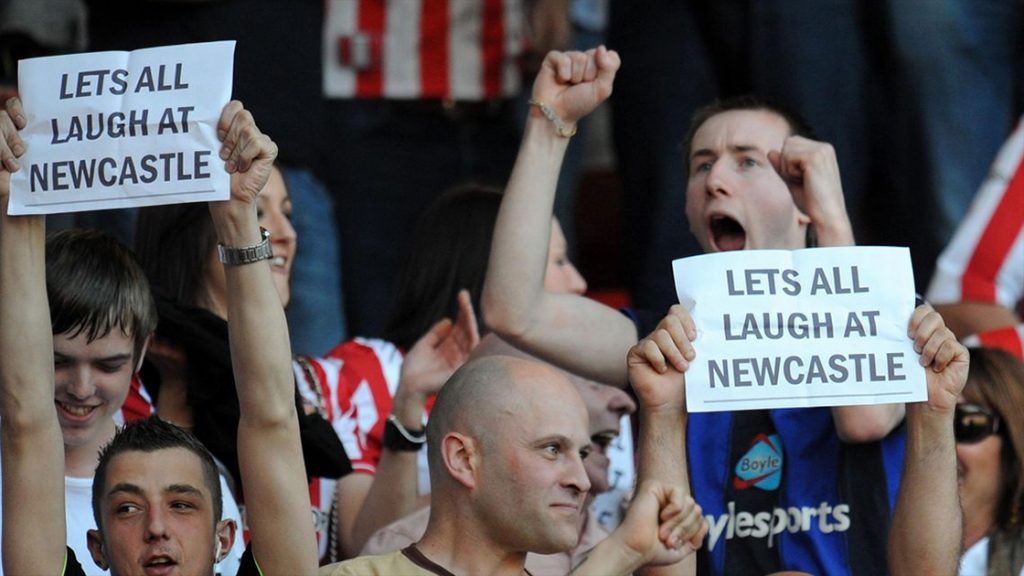 ‘Ive sent an email to sky sports. Asking why Keith Downie is so pro Newcastle and very anti Sunderland.’

‘Unfortunately Trippier was excellent in La Liga and this could be an excellent signing for them. Hopefully it isn’t backed up by anyone else of note coming in…’

‘Thought he was excellent a few seasons ago. My question would be if he was so good now and available, how come he’s gone to Newcastle. Surely there’d be a host of clubs queuing up to bring him back to England.’

‘They could sign Messi and Ronaldo but they’d still have Eddie Howe in charge.

A 31 year old right back desparate for a move back to England is hardly a statement of intent from the self proclaimed worlds richest club.’

‘Had Ashley signed him im sure they would’ve twisted about it.’

Newcastle United are back in the race

I don’t want a holiday in the sun!