This (see below) is how the Premier League form table looks ahead of the latest round of fixtures, which includes Newcastle United taking on Leeds United.

Eddie Howe looking to bounce back from that 88th minute Watford equaliser. when yet again individual players made really poor mistakes to deny Newcastle United a win, this time Miguel Almiron and Jamaal Lascelles the pair who shouldered the blame for some really poor defending. 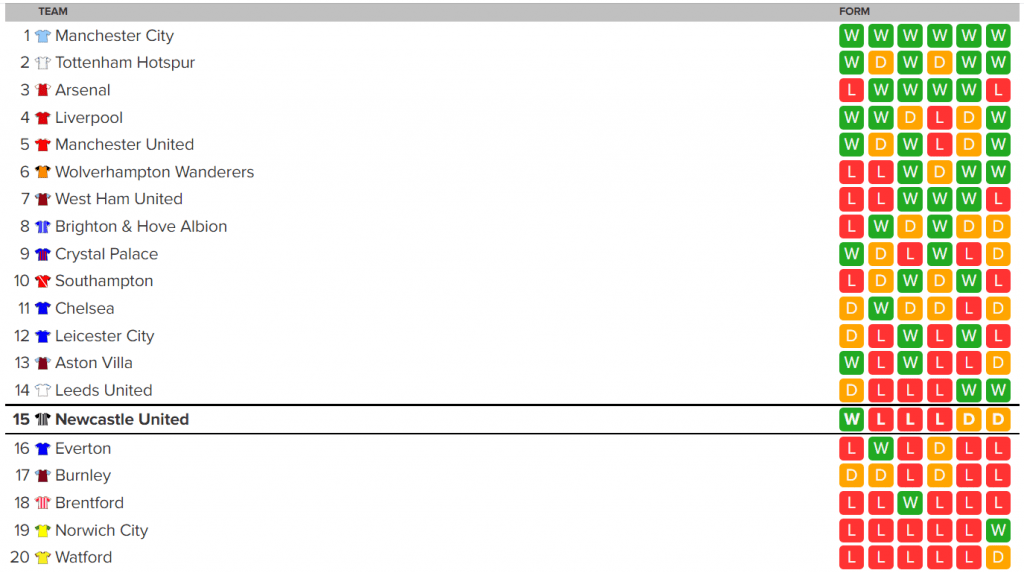 The last six results for Leeds with latest one listed first:

This is how the Premier League table currently looks ahead of this weekend’s matches: 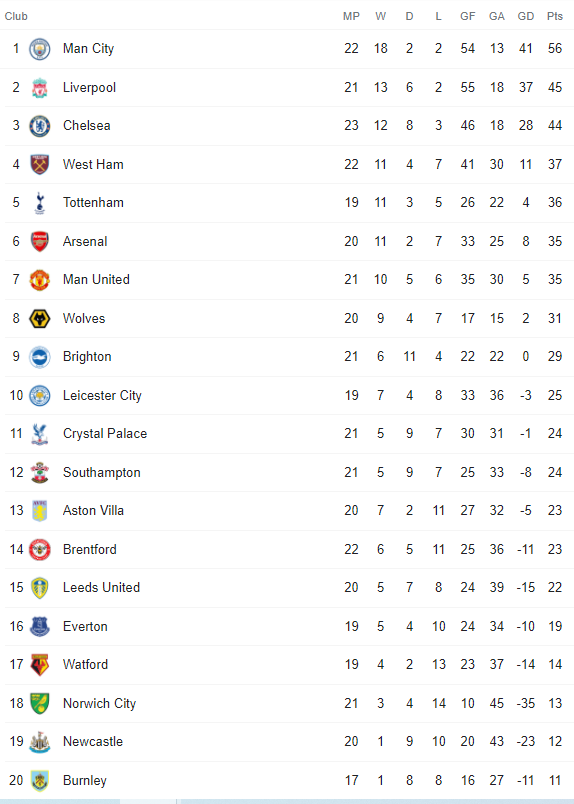 Leeds lifting themselves to 14th in the form table and 15th in the overall PL table, with those two wins against Burnley and West Ham. Two wins that followed only one point from the previous four PL games AND only three wins in their opening 18 PL matches of the season.

Newcastle United only one place behind Leeds United in the Premier League form table BUT those two wins helping the Yorkshire club stretch four places and ten points ahead of NUFC.

Whilst Leeds have finally found a way to win matches again, the thread of hope for Newcastle on Saturday is that even when winning, Bielsa’s team continue to concede goals. These last six games alone seeing 19 conceded.

Whether Newcastle can take advantage of that defensive weakness remains to be seen.

If Watford win tonight (Friday) at home to Norwich (we could really do with this one being a draw I think!) and Newcastle lose at Leeds, then NUFC would be guaranteed to be bottom of the Premier League form table.

Whilst if Newcastle lose at Elland Road and Burnley avoid defeat at Arsenal, NUFC fall to the bottom of the Premier League table.

With a 17 days gap between this match at Leeds and then playing at home to Everton, Newcastle United could really do with an uplifting performance AND especially result, at Elland Road on Saturday.