At 4pm on Sunday afternoon, Newcastle United announced that Bruno Guimaraes has now signed for NUFC.

The 24 year old signing an initial four and a half year contract.

However, their statement has given far more detail than the one from Newcastle United.

The French club state that Bruno Guimaraes made clear he wanted to join Newcastle United and is excited by the project under the new ownership at St James Park.

Lyon also said that they had financial pressures, not helped by two years of Covid impact, that helped force their hand to sell.

The Ligue 1 club also revealing that 20% of the total transfer fee goes to his former club Athletico Paranaense, where the midfielder arrived at Lyon from in 2020 for 20m euros (approx £16.6m).

Lyon state the exact transfer fee that has been agreed and the breakdown of it.

Whilst if Newcastle United ever sell Bruno Guimaraes, Lyon have a clause stating they will get 20% ‘on any capital gain’, which I take to be 20% of any amount over and above what Newcastle paid for the midfielder.

‘Olympique Lyonnais announces the transfer of its Brazilian international midfielder Bruno Guimaraes to English club Newcastle for a total amount *including bonus of €50.1 million, as well as a 20% incentive on any capital gain.

*The €8 million in potential bonuses takes into account Newcastle’s performance over the next few seasons and in particular its retention in the Premier League, starting this year. Besides, as agreed during the Brazilian’s initial transfer, 20% of the total transfer fee will be donated to his former club Athletico Paranaense.

Arrived in January 2020 for an amount of 20 M€ from the club of the city of Curitiba, Bruno Guimarães will have played 71 matches in all competitions with OL (3 goals) and will have become a Brazilian international under the colors of Lyon. He also won the Olympic gold medal last August in Tokyo by starting in the 6 matches of his selection.

Seduced by the Newcastle project, with its new shareholders, the midfielder wanted to join the English Premier League club in a difficult economic context for Olympique Lyonnais, marked by almost two years of Covid health crisis which, unfortunately , has hit the big clubs that have not been the subject of significant aid from the French government much more. 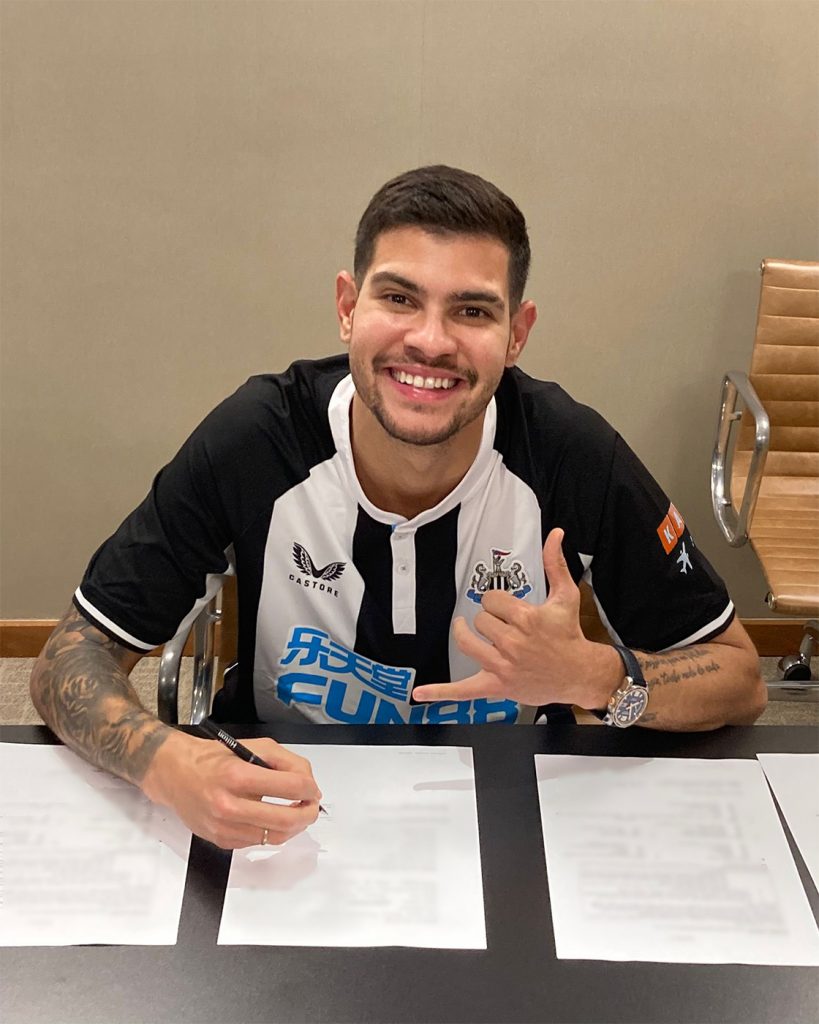 OL specifies that the management of the recruitment unit, with Bruno Cheyrou, is actively working on the arrival of several players in order to enable OL to achieve its objectives both in the French championship and in the Europa League.

Finally, Olympique Lyonnais would like to warmly thank Bruno Guimarães for his involvement, his determination and his professionalism since his arrival at OL two years ago. The whole club wishes him and his family a very good continuation in Newcastle as well as with the Brazilian selection, already qualified for the next World Cup in Qatar.’