One of Newcastle United’s relegation rivals have successfully asked for the postponement of their next match, Burnley now having no game on Saturday.

Sean Dyche’s team were due to take on Leicester at Turf Moor tomorrow but that is now not happening.

The Burnley official announcement (see below) says that the postponement is due to injuries and Covid cases.

Obviously and absolutely nothing to do with losing Chris Wood, their most impressive player this season Maxwel Cornet out at the African Cup of Nations, nor the fact they haven’t managed to spend the £25m Wood transfer fee on new recruits.

I look forward to the outrage of the wider football community in reaction to this Burnley match going ahead, although there again, I completely forgot that it is only Newcastle United who are absolute cheats when following the rules and the other 19 Premier League clubs would never even dream of having a game called off unless no other option… 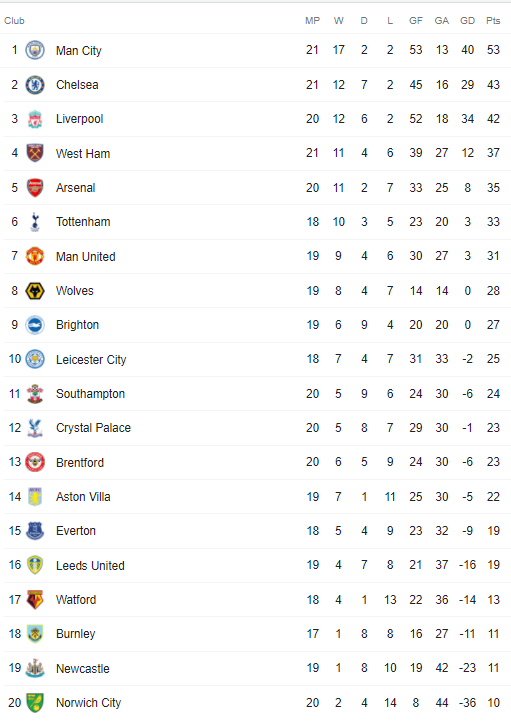 …is that Newcastle United are now definitely moving out of the relegation zone on Saturday, IF they beat Watford.

Burnley are due to be at home to Watford on Tuesday night and you can only think this is now certain to be called off as well.

Burnley now set to have played three less games than Newcastle United after Saturday, with 20 PL matches to be fitted in by the Turf Moor side before they host NUFC on the final day of the season.

‘Information about the postponement of our game on Saturday

Burnley Football Club can confirm that our Premier League fixture at home to Leicester City on Saturday 15th January has been postponed.

The Club submitted a postponement application which was approved by the Premier League Board due to a number of injuries and Covid-19 cases within the first team squad.

The Premier League fixture between Burnley and Leicester City at Turf Moor will now be rearranged for a future date, with all previously purchased tickets for the game to remain valid.

The Club sends their apologies to both sets of supporters for the inconvenience this may have caused and a new date for the fixture will be confirmed in due course.’