Kieran Trippier has impressed both on and off the pitch, since becoming the first signing of this new Newcastle United era.

Plenty of Newcastle United’s enemies wanting to ridicule the England right-back for making the move to St James Park but he has dealt with all the nonsense really well.

Simple fact is, for family reasons Kieran Trippier wanted to move back to the UK, Newcastle United right place right time and with Eddie Howe knowing him well and having bought him when at Burnley, another building block that helped the deal happen.

Kieran Trippier had a decent game against Cambridge despite the result and then on Saturday looked a real class act.

What we saw with our eyes against Watford, backed up by him topping this stats table after the weekend’s Premier League matches.

Table from the ‘Other14‘ who specialise in stats regarding players and clubs outside of the ‘big six’: 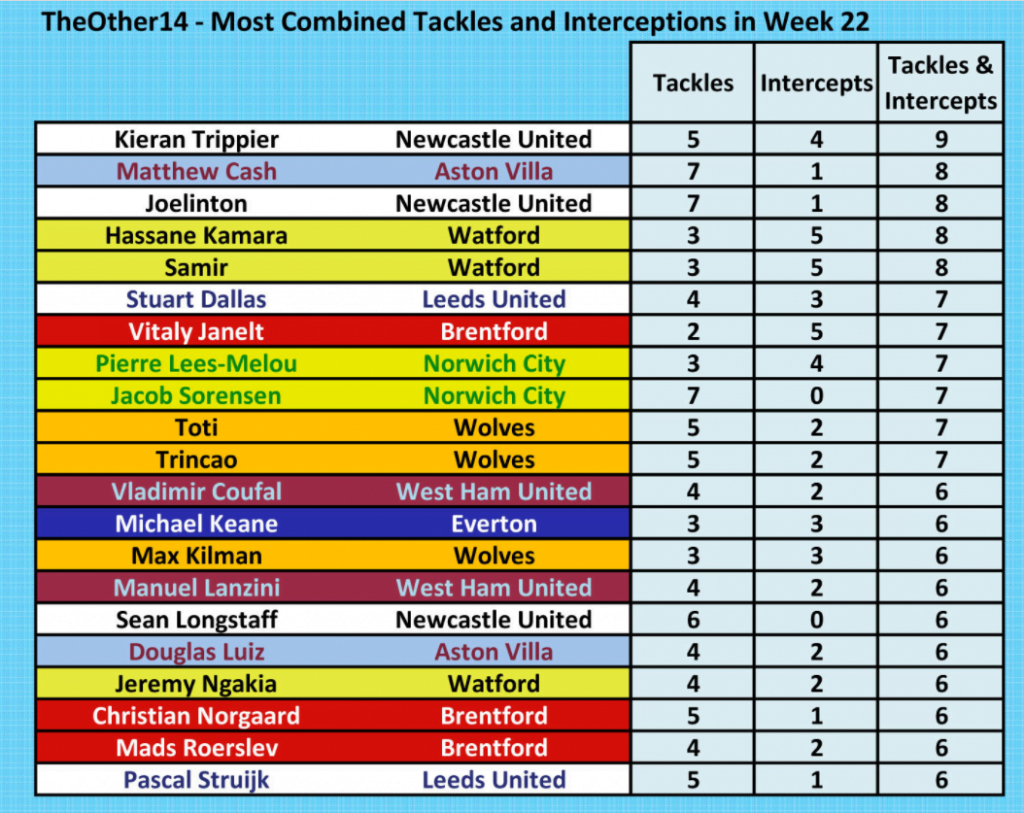 “I think that the two and a half years I experienced in Spain, adjusting to the training, the way they live, learning off the manager [Diego Sieone], I feel like I have learnt so much from on and off the field.

“I feel like I have matured a lot as a player as well.

“Living away from home, you have to grow up and winning La Liga…the experience that I have gained playing in Spain, can only now benefit me in the Premier League and help Newcastle United.

“I have had a lot of challenges in my career, a lot of setbacks, I feel I have bounced back very well from them.

“Every player has a different story.

“Every player has had a different journey to where we all are now, so I feel like my experience on and off the field can help the players around me [at Newcastle United], for sure.”