For those NUFC fans who talk about this being the very worst of times…they certainly weren’t there for Southend 4 Newcastle 0.

Exactly 30 years ago (yesterday), Newcastle United were fighting for their second tier lives under Ossie Ardiles at Roots Hall.

Although, fighting for their lives maybe not quite the most fitting term for such an abject performance.

The Shrimpers are currently 20th in the National League in January 2021, however, after Southend 4 Newcastle 0 on New Year’s Day 1992, they reached the very pinnacle of their entire history.

That result putting Southend top of the Championship.

Brett Angell put the home side ahead in only the fourth minute, then rounded off the scoring in the second-half with the fourth, Jones and Ansah with the other two goals. I was at the game and seem to remember that bizarrely, despite losing 4-0, Steve Howey (then a striker…) managed to hit the woodwork three times but not score.

“I remember the game was an early kick off and we had a great atmosphere with a good crowd packed in to Roots Hall.

“We were going well and the opposition were finding it a little tougher but it showed their fanatical support with thousands coming down from the North East to cheer on their team and welcoming in the New Year.

“I have always wondered how Southend v Newcastle found its way to be played on New Year’s Day but this all added to the special occasion the match evoked for both the team and all our fans there on that day.

“It was great to win again and be able to continue our continued progression up the league.

“I don’t think anyone at the club at the start of the season would have thought we would be anywhere near the top of the league especially with so many so called bigger clubs involved.

“But at the time and when looking back it was a great feeling and one I am sure gave all supporters a feeling of great satisfaction and pride.”

If you think Newcastle United get a tough deal when it comes to timing of matches in 2022, that Southend 4 Newcastle 0 match was scheduled for New Year’s Day 1992 AND the kick-off brought forward to 12 noon! Reportedly done so to prevent Newcastle United fans having too much opportunity to drink before kick-off.

Back them, drink was essential, as Newcastle United were increasingly looking like certainties for the third tier.

Following that Southend defeat, Newcastle then managed to go 2-0 down within four minutes at Watford but somehow manage to draw 2-2.

Then things really dipped, as ingenious ways of losing continued for Ossie and his team.

Newcastle went 3-0 up at home to Charlton, only to somehow lose 4-3 with an O’Brien own goal with a minute to go.

Then it was Ossie’s last stand, an absolutely horrendous 5-2 defeat at Oxford, when probably half the 5,872 crowd were supporting the swiftly sinking black and whites.

Following this defeat, it was time for Ardiles, the Argentine World Cup winner sacked and Kevin Keegan was unveiled, the rest as they say is history.

After only six wins in 30 games under Ossie, Keegan produced seven wins and two draws in the final 16 games of the season, ensuring survival for sure in that mad mad final day win at Leicester, though the 1-0 David Kelly home victory over Portsmouth in the penultimate game of the season, is the one where fans really felt survival was won. 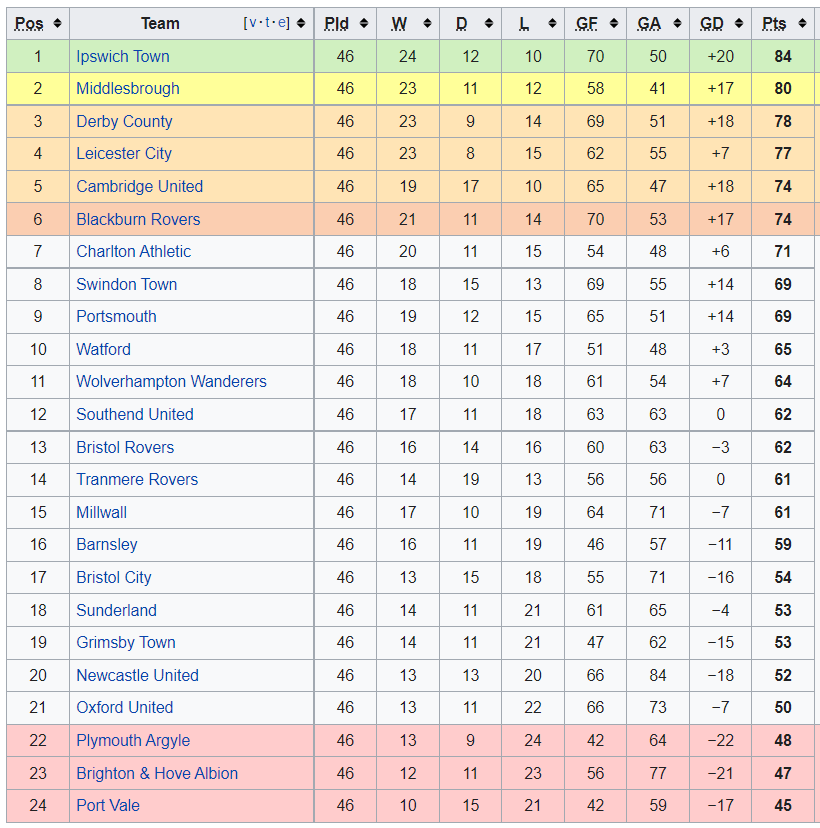 Back in January 1992, Newcastle United were still under relatively new ownership, with hope for the future but in the short-term a desperate fight against relegation.

The more things change at NUFC, the more they stay they same…

However, as Newcastle fans back then, we went on to witness the most remarkable of transformations under the greatest ever NUFC manager (of my lifetime anyway).

Kevin Keegan transforming a team that was heading into the third tier, to one that went on to stroll the Championship before finishing third, sixth, second and second in the Premier League.