‘I can’t give them a more damning appraisal than that…’

As Brian Clough once said: We had a good team on paper. Unfortunately, the game was played on grass.

Newcastle United against Watford at SJP, on paper a game NUFC should win. On grass, nothing like that.

A game and a result which could have been at any point in the last three seasons under any of the Head Coaches, caretaker or otherwise. I expected more. I expected Newcastle United to go out and try and win the game. That is where expectations will get you.

United started in a 4-3-3, in my opinion the most likely formation to succeed in picking up points. Joelinton played on the left of the midfield three, a nod to his improved performances away from the main strike position but still perhaps not where he should be playing. ASM played left of the front three in a forward line which included new £20million striker Chris Wood and Fraser on the right, full of running as ever, until he isn’t. Watford started in a similar formation, though sometimes they packed the midfield and sometimes they didn’t, but left just one man up front.

Both teams started relatively comfortably. The game ebbed and flowed, one team on top for a spell, then the other coming back into it. NUFC probably thought they had the better of the first half, certainly something resembling chances were created. Chris Wood first failing to connect to a deflected Maxi cross which landed in Foster’s arms. Later he intercepted a back pass and tried to cut back onto his right foot, then headed over twice, a Lascelles knock-back over the bar which probably saw him stretching just too far to keep it down.

Joelinton hit the bar from a few yards after another deflected cross and should have scored at the back post when running in to sidefoot volley wide from a few yards. Longstaff belted a decent chance over the bar when he should have hit the target and generally Trippier and Fraser were linking well to create crossing opportunities. They should do when the whole of the opposition’s team are marking Maxi on the other wing.

Less came from our left. Maxi was looking lost. He generally doesn’t have the same impact in games when the opposition can match him for pace and strength. Or more obviously when he is marked by four men. He seems to lose confidence quickly and stops even doing the simple things. Hopefully someone can make him understand that just because it isn’t working for him, doesn’t mean he can’t still play a part. 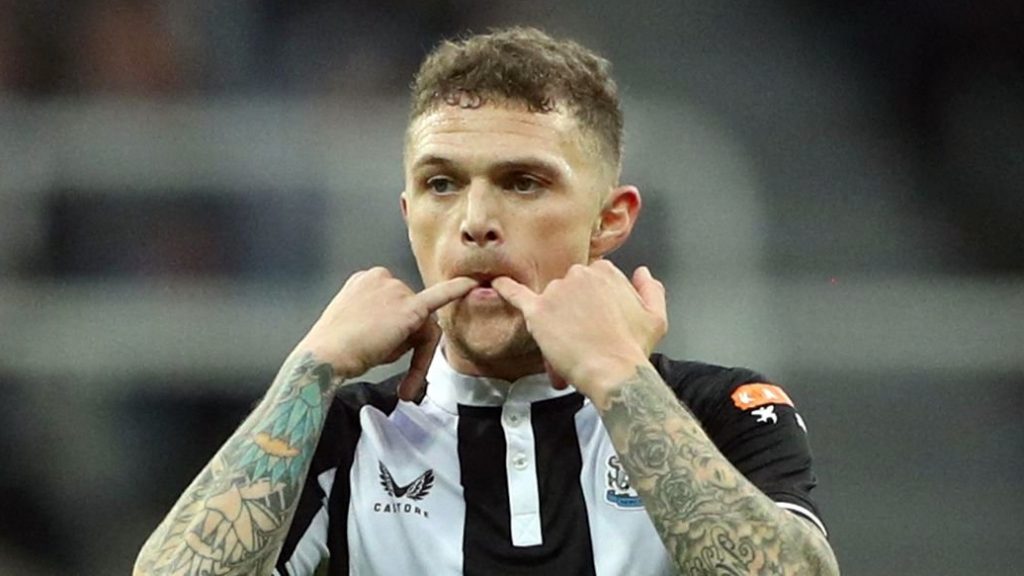 ‘Kieran Trippier: our player of the season’

Watford also looked threatening but more reluctant to make the running. The visitors didn’t have to win like NUFC did and were defending the famous slope in the first half so looked more patient. Their main tactic seemed to be to roll around on the floor after being assaulted and then haranguing the referee about it afterwards. Maybe they had identified the referee as one who is open to a bit of amateur dramatics. He certainly did nothing about it, not even applaud and throw flowers. The referee also did nothing about Watford spending the first 49 minutes kicking the ball away and then the next 39 minutes going to get it. He was poor though. One offside decision in the first half hasn’t happened yet, it took him so long to give it. NUFC had the ball in Watford’s half when he blew for an offside in the United penalty area. Knowing how long it takes us to get the ball up the pitch, you can imagine how late that was.

In between, when they tried to attack, the Hornets created some decent openings themselves including someone megging Trippier, which they seemed super chuffed about, our new signing less so. Josh King shot wide, but no better opening than a free kick right on the edge of the box five minutes in, Jonjo Shelvey racing in like a steamroller to earn himself a booking. He was lucky. If he had just been late he might have been sent off but he was so late his tackle barely touched the sprightly attacker who was able to have a quick pint and read the paper waiting for Shelvey to get there. 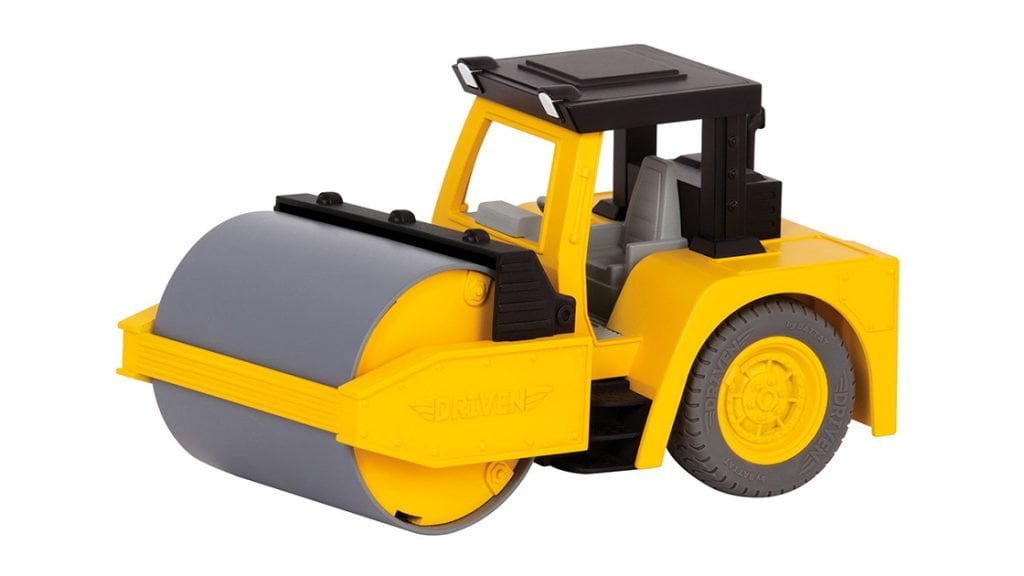 ‘Jonjo in our engine room’

The second half was different because NUFC scored almost immediately. Watford’s NGakia, until then competent, got into a tangle and allowed ASM to take the ball off him and run into space towards the penalty area. It was the only time Maxi had the space to run into and so predictably it was our only shot on goal.

For ten minutes, United were on top and Watford looked lost, the only time in the game where I genuinely thought the Toon would win. It didn’t last. The party ended, the Work Event started.

First to feel the heat was new signing Trippier who suddenly started to find himself out of position, he had been excellent until that point. Dubravka saved from King, a super save. Then Lascelles joined the Work Event, first misplacing a regulation ten yard pass and then mistiming the sort of scythe that only the Grim Reaper normally carries. Sissoko was put through to score. He didn’t. He’s never been able to shoot.

NUFC were now completely unable to keep the ball, put any sort of attack together and were slowly but obviously falling apart. Half chances came and went, all for the visitors. The knackered Fraser went off and Murphy came on for a twenty minute stint in which he failed to touch the ball. Just when Watford were looking like they were running out of steam, they scored. The Curse of Almiron came on for ASM and was caught cold when Watford scuttled down their right, a regulation one two enough to bamboozle our attempts to defend. An excellent cross found a Watford head and an equaliser sucked any joy out of the occasion for everyone in black and white. It probably looked like a lovely goal on TV. Watching in the ground it was a chain of linked pathetic-ness by everyone involved from the home team. All of you, hang your heads in shame. Including the person who made the change.

I believe there was some time left in the game but I can’t remember it. That was that. Total despair. The cold light of the following day hasn’t made it any easier to swallow. It was a game that United really had to win and didn’t. Not doing anything like enough to win the game. Not really even trying to win it. 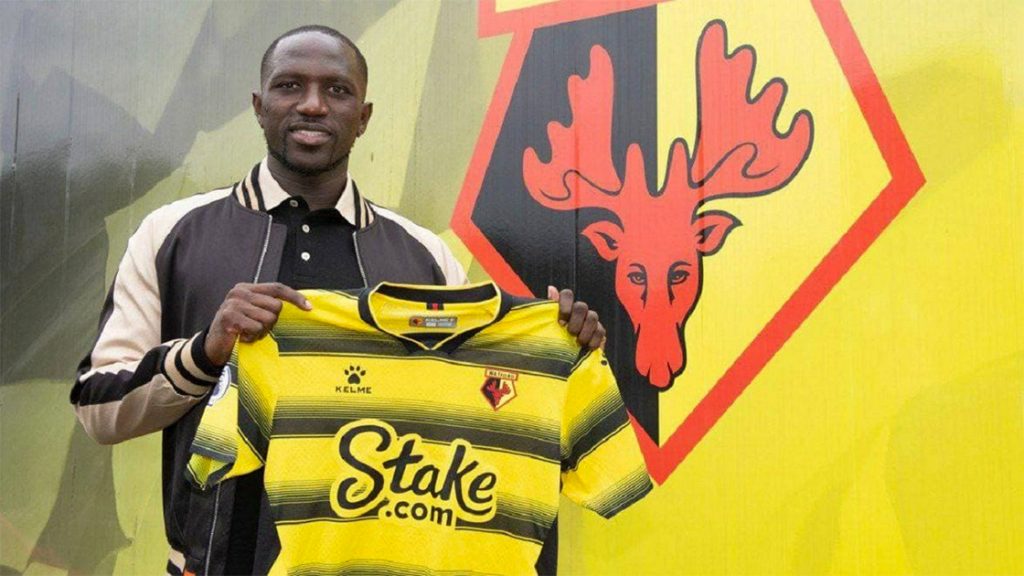 ‘Sissoko: we need him back. That’s how bad it has got’

It is easy to see why Watford are where they are but also why they have the best chance to get out of relegation trouble out of the four teams at the bottom. They have a calm and experienced manager, for now. They are very strong, very quick, well organised, motivated and look like they can create chances. The opposite of NUFC. They are also hopeless on the ball. No one epitomises them more than ex-magpie Sissoko. An absolute powerhouse in midfield, defensively he was robust at SJP. When he got the ball and was expected to do something with it, he might as well have just booted it out. Luckily he did when he should have scored in the second half. £3million well spent though. It pains me to say it but his sort of pace and power is something sorely missing at NUFC these days. It doesn’t matter that he can’t play football as long as other players can. Watford don’t have many of those and that’s why they are fourth bottom. But they do have players who are trying if Saturday is anything to go by. As Ranieri said afterwards:

“Of course I want more. I want more from my players because I know what they can do. But I can understand after losing six matches in a row, maybe they were a bit more anxious but I hope this point would have give to them more electricity or confidence to believe in themselves.”

As for the Toon, they never looked comfortable with the 4-3-3, created only half chances and didn’t do enough to win the game. Right from the start the team were too willing to look backwards for a pass, not a good sign of intent. No one in the team looked to push them all forward, no leader, nobody dictating play and nothing from the sidelines to change that.

It was most glaring up front. Maxi was obviously always going to cut inside, meaning our new target man Chris Wood was never going to get a cross from the left wing. Wood often pulled left to allow Maxi the space to run infield, meaning that when Fraser on the right was looking to cross, Wood wasn’t there to aim for, so the ball went backwards. With Joelinton often pulling so wide that he was standing within five yards of Maxi, it was even more strange to see the French fashionista cropping up on the right next to Fraser. It was all ragged. It was almost as if the decision to play 4-3-3 was made on Friday after Wood had signed and the team hadn’t had time to practice it properly. Which is probably exactly what happened.

Eddie Howe presumably has a whole week in front of him to put that right. He might think about pushing Joelinton into the front three and deciding who joins Shelvey and Longstaff (or preferably Ramsay and Van De Beek) in the midfield three.

Eddie Howe missed the point of it all saying post match:

“We’ve damaged ourselves to a point but you always have an opportunity to bounce back. I think it’s psychological. There was a thought to protect what we had so early in the game and we lost our attacking threat in the match, but that should never be the case with so long to go.”

I will say what I think of him (Eddie Howe) in a separate piece later in the week.

As always, whatever happens, I will continue to be a Newcastle United supporter, but it hasn’t been an easy day or two. When I go to the game I want to see a great game of football, a good one will do. If that doesn’t happen, an NUFC win is more than adequate compensation, especially in must-win games like this. If I can’t see any of that then I at least want to see the Toon try and win. That is exactly what I saw after Christmas when NUFC played Manchester United. Even though we didn’t win, I couldn’t complain about the effort, intent or entertainment. On Saturday I didn’t see any of that. I saw a dull game of cagey football completed by a pitch full of uninspiring footballers, none of whom did anything to justify how important it was to everyone who was there. I can’t give them a more damning appraisal than that.

Shots on target were Watford 5 Newcastle 1

(‘And the blame for this latest (Watford) failure is down to Allan Saint-Maximin???’ Read HERE)