Newcastle United have now played 10 Premier League games under the management of Eddie Howe and some are starting to question what impact he has had, if any, on our style of play, tactics and, most importantly, results.

The headline figures are not great for Eddie Howe.

For what it is worth, Jones had the hardest run (8th), but he also produced the worst performances (only 6 shots per game and average 28% possession)!

HOWEver (last one, I promise), the underlying figures upon which I have so much faith, expected goals (xG) for and against (xGA), point to a team which is rapidly improving under Eddie.

I know that many readers will see expected goals and stop reading. For you, I will simply point out what the results under Howe (currently 1 point per game), are better than they were under Bruce (0.38) or Jones (0.67). Honestly, that’s all you need to know.

For those of you who recognise that results can be lucky or unlucky, deserved or “nicked”, then continue reading…

Firstly, individual game xG and xGA can be misleading. However, it’s important to note that Newcastle United have only outscored their opponent’s xG on four occasions this season: vs Watford away, under Bruce, and then against Brentford, Burnley and Leeds, under Howe.

As you can see via this chart (all charts from fbref): 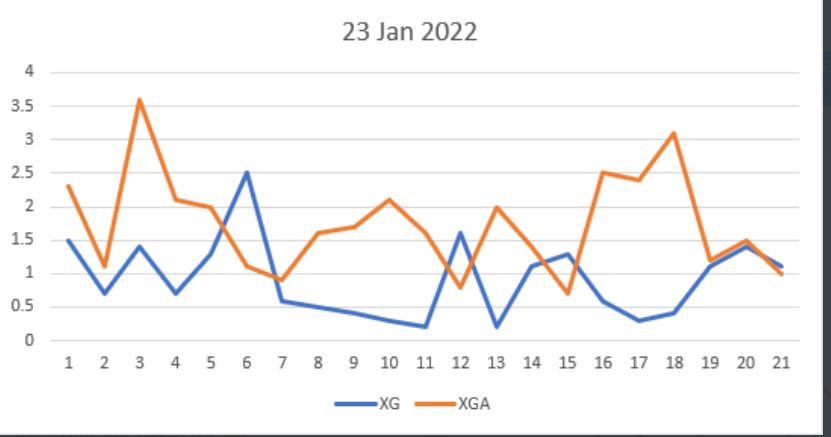 We were very unlucky to not beat Brentford, whilst we have been fortunate to get results in other games (Southampton battered us at home and yet we did almost nick it).

Regardless, single game xG is often misleading. For that reason, I have made two other charts. 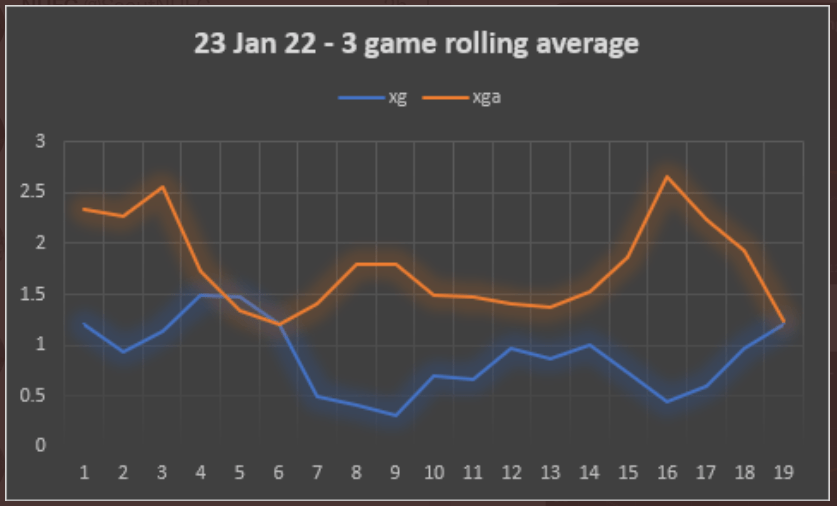 Then this one is over 7 games… 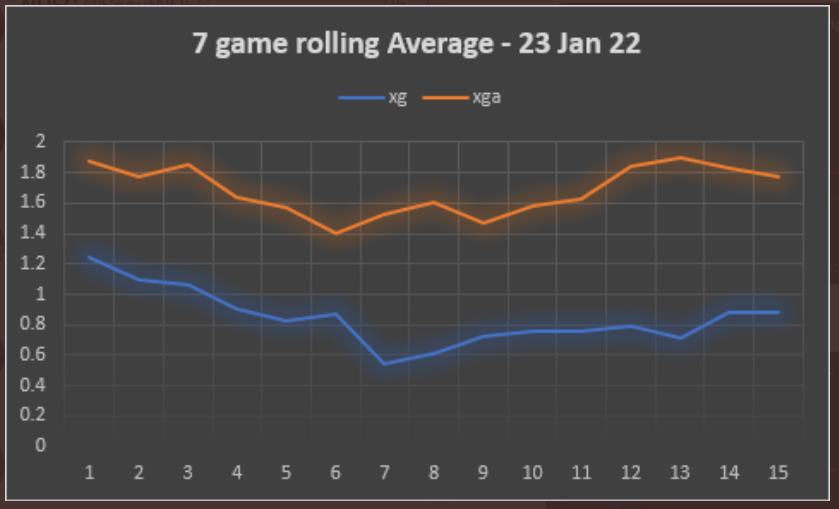 Both indicate that we have clearly turned a corner.

In the past few games under Howe, we have improved massively. Of course, we want the blue line above the orange one, but this shows that they’re getting close to at least meeting at last.

Only time will tell if Eddie Howe can continue to get us moving in the right direction – but this is encouragement enough for me. I should note that our underlying statistics vs Arsenal, Leicester, Liverpool and Man City were (understandably) horrific under Howe. Whereas NUFC have been competitive in every other game under his management.

We need to continue improving (1 point per game is not good enough to keep us up), but for now, I’m fully behind Eddie Howe. I say this as someone who was not in favour of Howe’s appointment. There are clear weaknesses to his tactics, but I have been genuinely encouraged by our displays under him and I feel that the squad are giving their all in every match.

With a few key additions, we might be able to do it.

Enjoy those three points from Leeds, it will make the international break much more bearable!