A remarkable turn around is set to be complete for Andy Carroll.

Newcastle United didn’t offer the striker a new contract at the end of June (2021) and unable to agree a deal with another club, the 2021/22 season kicked off without the Geordie forward signed up anywhere.

Moving forward, November saw the free agent sign a two month short-term deal at Reading who had major injury problems, up to mid-January 2022.

The Athletic reported that Andy Carroll had joined Reading on a wage of only £1,000 a week at the Championship club, as Reading’s breach of financial rules had resulted in a transfer embargo that put strict limits on squad salary expenditure and that this (£1,000 a week for Andy Carroll) ‘was the budget granted to Reading by the EFL under the restrictions it has imposed and Carroll accepted the offer to get his career back on track.’

That short-term deal at Reading is now at an end and Andy Carroll has impressed with his overall performances and scoring two goals in six Championship starts (plus two sub appearances). Earlier this month, Carroll scored two stunning goal of the season contenders against Fulham, only for both to be ruled marginally offside.

Now on Friday, John Percy of The Telegraph has reported that Andy Carroll is having a medical this morning at West Brom.

The man from The Telegraph saying that West Brom have moved to sign the former Newcastle striker after an injury to January signing Daryl Dike.

This is how the Championship table currently looks on Friday morning: 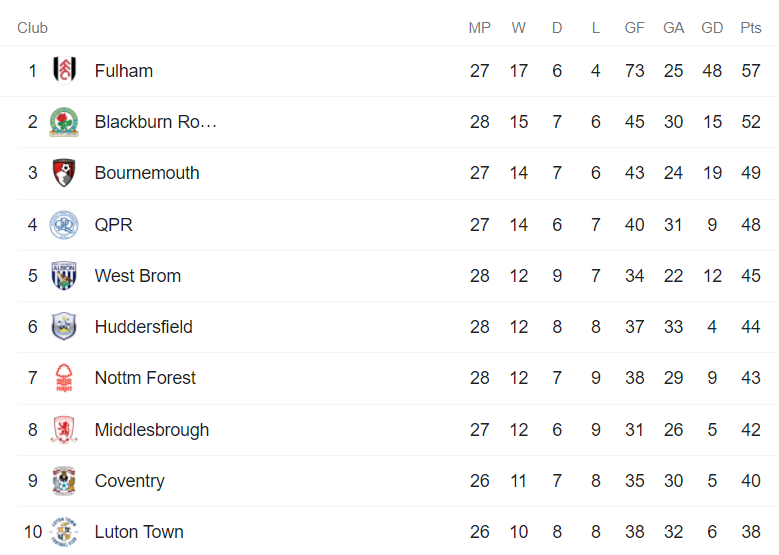 As you can see, West Brom fifth in the table, in a play-off place and seven points off automatic promotion.

Maybe not quite on that as he moves to West Brom but definitely set for a rise on his £1,000 a week at Reading, as the Baggies hope Andy Carroll can help get them back to the Premier League.

Turning 33 earlier this month, whilst he was never going to be a first choice starter this season, it was ridiculous that Ashley and Bruce got rid of Andy Carroll and signed not a single striker. Embarrassingly, Steve Bruce declaring that Newcastle United had so many striking options to choose from, they didn’t need any reinforcements.

Something brutally exposed as soon as Callum Wilson picked up that injury against Man Utd, forcing the new owners to have no other option than to pay the £25m release clause for Chris Wood, with Wilson set to be out until March at the earliest.