Alan Shearer sent a ‘congratulations and good luck’ message to Chris Wood on Thursday, when the striker’s move to Newcastle United was officially confirmed.

Now we get to the sharp end.

Alan Shearer once again going public as his club face arguably their most important match of the season, so far.

The Newcastle United legend urging the team to get the job done today, whatever it takes…

Friday saw Burnley successfully get their match scheduled for today called off. Chris Wood’s now former club were due to be at home to Leicester but injuries and Covid cases leading to a postponement, only a coincidence that they haven’t as yet been able to invest the £25m Wood money on reinforcements and the fact their best player this season, Maxwel Cornet, is away on African Cup of Nations duty.

As the Premier League table shows here, Newcastle United would climb out of the relegation zone if beating Watford, a massive psychological lift if it does happen: 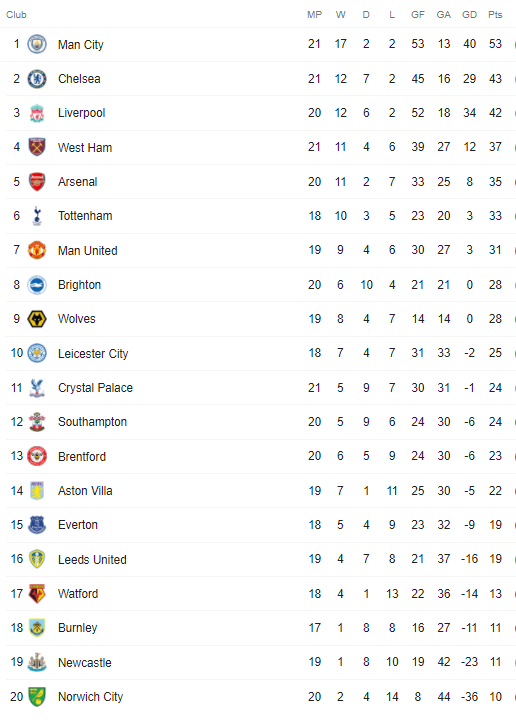 This is really a must must win game.

Newcastle United’s results haven’t been great but performances have been more encouraging. Cutting out daft individual errors and with the help of Trippier and Wood, Newcastle should win this.

Watford arrive in some disarray, a fair few players injured or away at the African Cup of Nations, Claudio Ranieri faced with selection dilemmas of whether to risk bringing a number of recovering players back who nay not be fully fit, whilst he also has three new signings as possibilities. Having lost their last seven games and conceding twenty goals in those matches, this is a game where surely Newcastle have to believe they can score the goals that they could and should have got against Man Utd and Cambridge.

I fully expect Eddie Howe to send the players out to attack from the start to try and get the first goal, just please, don’t concede any daft soft goal on a Watford counter-attack.