Richard Keys is at it again, as usual.

I suppose one thing that you can’t deny is that he is consistent.

Consistent as in trying to annoy Newcastle fans on as regular a basis as possible.

Consistent as in coming out with the most ridiculous views and ‘facts’ to try and back them up.

I honestly have never seen somebody who moves the goalposts so often, to try and make some daft point.

Richard Keys has came out with this after NUFC beat Burnley…

“Newcastle needed that, but it’s going to get a whole lot more difficult.

“I also wish I hadn’t seen that picture post match. 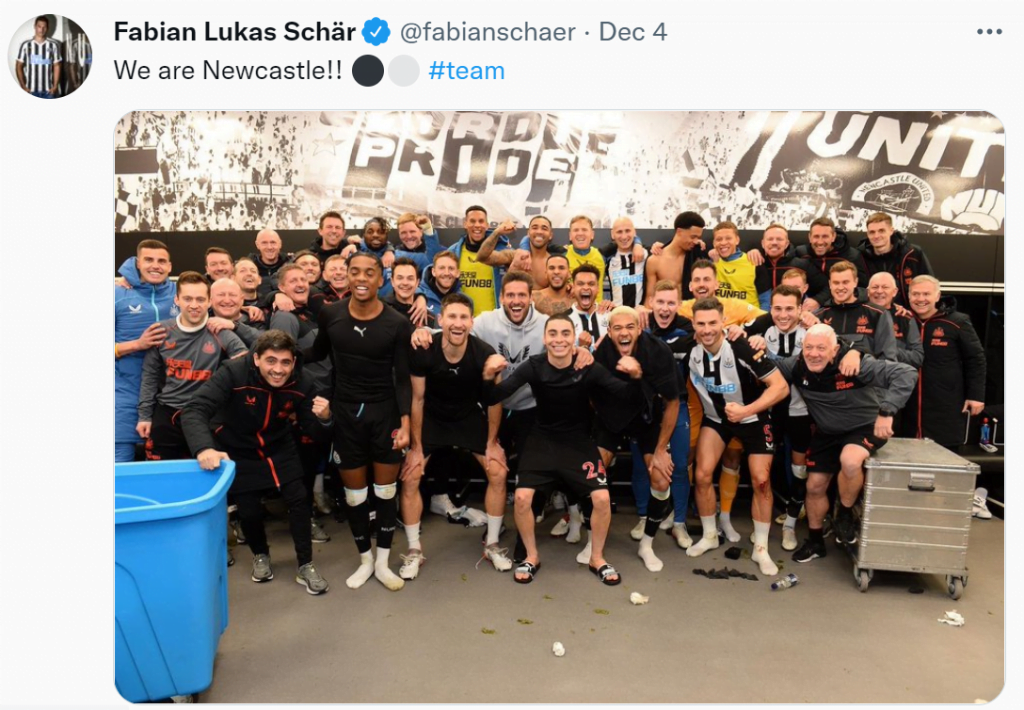 “Beating Burnley 1-0 is nothing to get too excited about.

“The picture was obviously intended to underline how everyone is pulling together now – but it was also an unnecessary swipe at Brucey. There was no need chaps.

“If you finish higher than he took you – ok. But now isn’t the time.

“I can’t pretend that I’m not worried for Burnley. This might just be the year that catches them out.

“Their stats aren’t much better than Newcastle’s now. The important one is – just one win.

“Both need another nine from 23 games. That’s a big ask.”

So, everybody at Newcastle United got together and did that photo after beating Burnley, to have a ‘swipe at Brucey’…

Richard Keys absolutely hates the fact that everybody connected at Newcastle United is now pulling together – owners, coaching team, fans, everyone.

This able to happen now because the likes of Mike Ashley and Steve Bruce are no longer here, the two of them responsible for the massive divide between club and fans. Richard Keys having of course repeatedly sided with Ashley and Bruce against the Newcastle supporters.

I love the fact that Richard Keys also has a go at everybody involved with Newcastle United now, when saying ‘If you finish higher than he took you – ok.’ As though the current dire situation is nothing to do with Ashley and especially his mate Steve Bruce.

It was that pair who oversaw a total shambles of a summer in terms of preparing for this season, then Steve Bruce starting the season with an easy looking set of fixtures and yet in the nine games he remained in charge of, Newcastle lost six, drew three and won none.

Eddie Howe in his four games has a win, two draws and one defeat at Arsenal. Five points from four games, whilst Brucey got three points from eight PL games AND lost at home to Burnley(!) in the League Cup.

In recent weeks we have had a series of players (including Shelvey, Fraser and Wilson) coming out and admitting that the training under Steve Bruce was nowhere near good enough to get them to the necessary fitness levels. All of them praising Eddie Howe for having them on the training pitch a lot more often to then reap the fitness benefits, rather than having so many days off. Funnily enough, Richard Keys doesn’t think any of that is worthy of a mention…

Richard Keys also has it in for Marcus Rashford, another ongoing tale of stupidity from this laughable excuse for a presenter / journalist:

“Yes – he’s done some wonderful work raising the issue of school meals for the poorest – but he’s been MIA on the pitch now for getting on 18 months…Forget Brand Rashford – and find Marcus Rashford.”

That is Marcus Rashford who has been directly involved these past 18 months in 32 goals (scoring 22 and 10 assists) in 50 starts (and 11 sub appearances in the Premier League and Europe.

I hope January sees Newcastle United sign a few players who have been as ‘poor’ as Marcus Rashford has been this last year and a half!