How the Premier League form table looks ahead of Newcastle United taking on Leicester.

The two clubs meeting at the King Power Stadium, 2pm on Sunday.

Eddie Howe taking charge of his fifth Newcastle match, with two draws, one loss and that victory over Burnley so far. 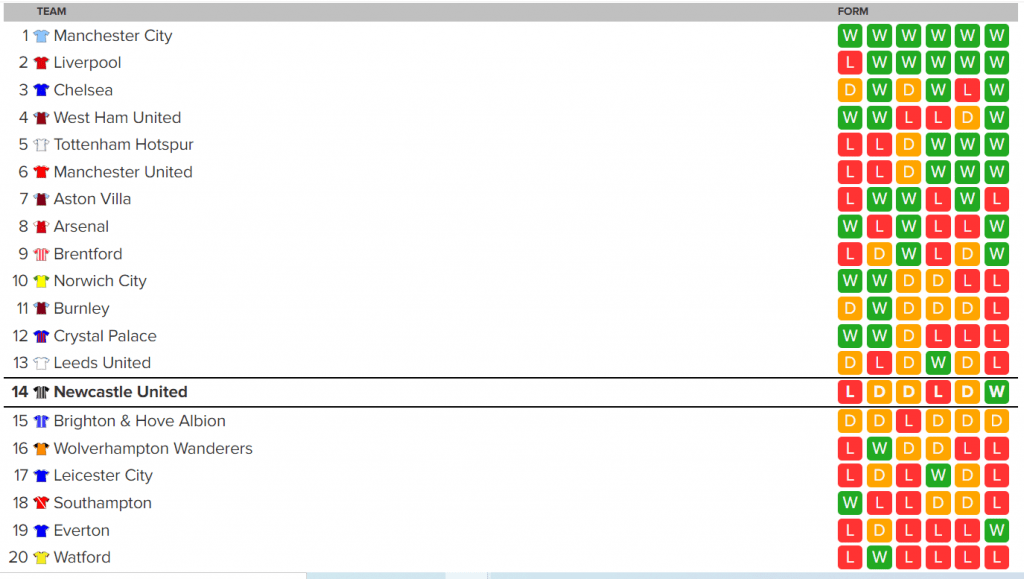 The last six results for Leicester with latest one listed first:

This is how the Premier League table currently looks on Sunday morning: 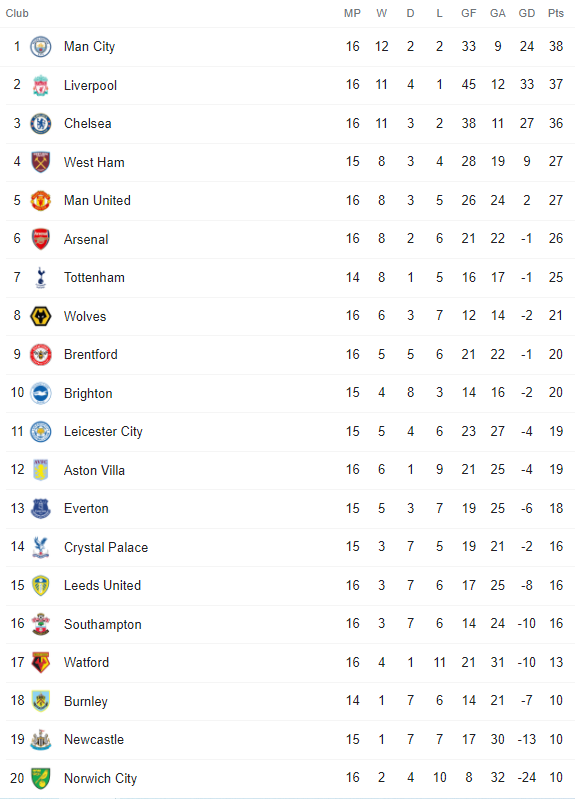 Newcastle United only losing one of their last five games and 14th in this form table, ahead of Leicester in 17th who only have that win against Watford to boost them, along with draws against two other relegation threatened clubs, Southampton and Leeds. The challenge of course for Newcastle United is now to keep on getting the wins, rather than drawing so often in games they could / should have won.

It is also interesting looking longer-term and people constantly talking about Newcastle United’s supposedly very difficult (impossible?) schedule of games that they now face.  If you look at the next nine NUFC Premier League games, six of the nine games are against clubs who are 13th or below in the Premier League form table – Newcastle playing Leicester, Everton (twice), Southampton, Watford and Leeds. Indeed, all of those six games against clubs currently in the bottom half of the full Premier League table.

I think fair to say the games against Man City and Liverpool are daunting but they struggled to beat (10 man) Wolves and Villa yesterday, both needing a penalty for a 1-0 win. Whilst I don’t see Man Utd at home as anything like an impossible game to get something from. It won’t be easy but only David de Gea stopped Man U losing yesterday, never mind getting a lucky win against Norwich with a dodgy penalty.