How have Newcastle United played in 2021?

Well it is still Panto season, so you would be entitled to loudly shout ‘rubbish’, without fear of anybody responding with ‘on no they didn’t’.

How though did they do compared to all of the other clubs?

Newcastle United in 2021 compared to all the other Premier League and EFL clubs, a league table of 92.

Some excellent research from Ben Mayhew (on Twitter @experimental361) has compared all the 92 clubs and produced this definitive 2021 league table, from top to…bottom. 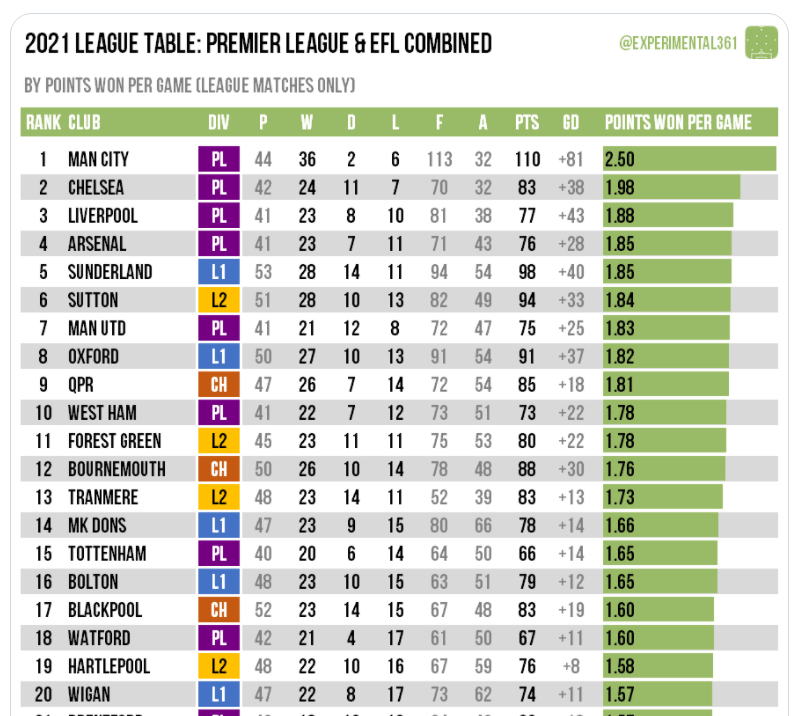 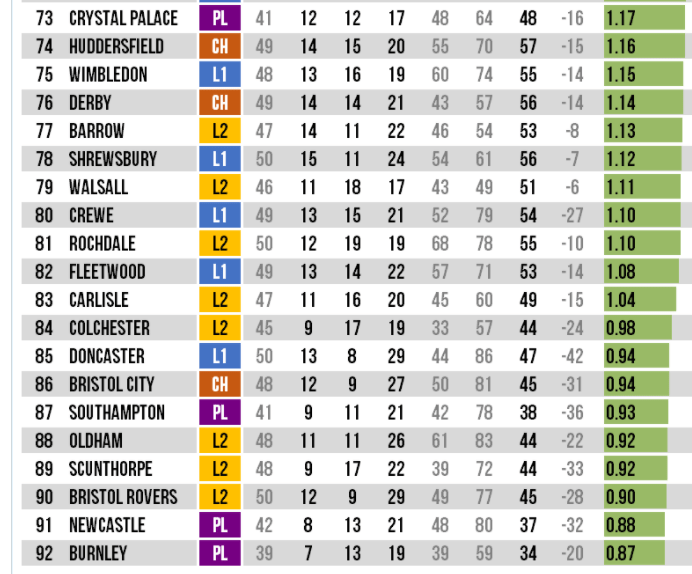 As you can see, Newcastle United aren’t bottom!

However, the ranking of 91 of 92 does back up the fact that we have had a very depressing 2021 on the pitch.

The thing is as well, these whole calendar year tables are often very telling when it comes to who is going to be in trouble. Very often, teams that struggle in the second half of a season, so often carry that forward into the next and end up in real relegation trouble.

Newcastle United and Burnley filling the bottom two places in this 2021 table, whilst only Norwich are keeping them off rock bottom in the current 2021/22 Premier League table.

Amazingly, there are some pundits / journalists who have the cheek to be trying to blame the new Newcastle United owners and / or Eddie Howe for the current NUFC struggles.

It is so laughable, this current mess that they are trying to sort out in very difficult circumstances, is all the fault of Mike Ashley and Steve Bruce.

The pair of them leaving a hideous situation to be inherited, including a totally unbalanced squad. Mike Ashley refusing to allow a single new signing who wasn’t already with NUFC in the second half of the 2020/21 season.

Just for the record, this is the Newcastle United 2021 breakdown:

As well as Mike Ashley and Steve Bruce having laid such rotten foundations for them to inherit, worth pointing out that the one game Graeme Jones lost, was against then league leaders Chelsea.

Whilst Eddie Howe in his eight games, has had to play Liverpool, Arsenal and Leicester away, plus Man City and Man Utd at home.

Only one thing to say…