Drop Allan Saint-Maximin – Are you for real?

I have noticed Allan Saint-Maximin being talked about quite a bit since Sunday.

For what seems a sizeable minority of these people, the suggestion is that the French winger should be dropped.

The general reasoning / justification for this, that is put forward, is that Allan Saint-Maximin is poor defensively and isn’t contributing much going forward either.

I was trying to get my head around it and wondering if it was maybe myself who was wrong on this, but after thinking a bit, I couldn’t come up with anything that backed up this anti-ASM point of view.

Then I saw this…

The report is from  ‘The Other 14’ (who specialise on stats/tables etc on the 14 clubs who aren’t the ‘Big Six’) which shows how many chances have been created by players, up to and including this sixteenth round of PL matches: 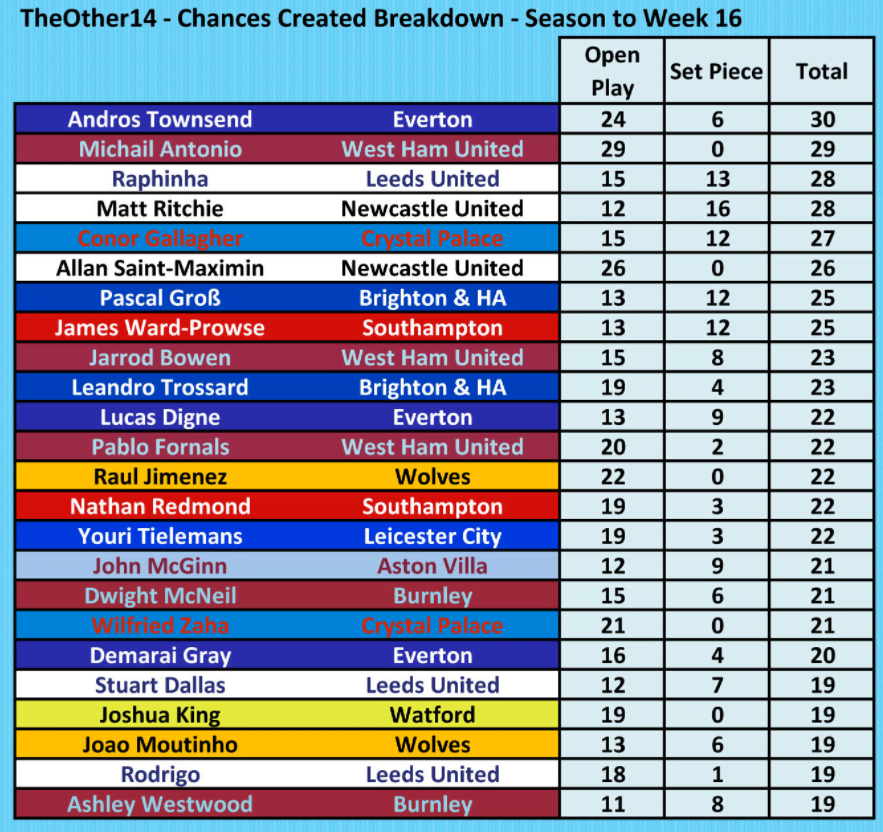 As you can see, Matt Ritchie shows up well on this list, though 16 of his 28 chances created have been from set-pieces.

When it comes to creating chances solely in open play, Michail Antonio has been excellent all round this season and a major reason for West Ham being so high in the table, he has 29 chances created in open play.

Antonio is the only one in this list who has bettered Allan Saint-Maximin with 26.

Look at the list again, not another Newcastle United player (apart from Matt Ritchie) featuring anywhere.

I honestly find it crazy that anybody would even suggest that Allan Saint-Maximin should be dropped.

So in our squad of superstars who would they replace him with??? Jacob Murphy, Ryan Fraser…?

Yes, we all know Allan Saint-Maximin can be frustrating when it comes to his decision making when getting near goal, whilst his final ball / shot is often lacking. However, he is by a country mile still our best option of creating chances and potentially winning matches.

Allan Saint-Maximin has three goals and three assists, whilst he could / should have another two or three goals himself, I would suggest he should have far more assists. Any number of times this season he has put chances (from amongst the 26 he has created…) on a plate for others and seen them wasted. Eddie Howe’s first match against Brentford, the score 3-3 and Allan Saint-Maximin beats player after player running from his own half, gets in the box and then unselfishly squares it to an unmarked Joelinton to hit it past the keeper from 12 yards out, only for the Brazilian to fall down instead of shooting and scoring. Yes, the Brazilian has been doing a bit better recently in his general play but that cost us two points against Brentford. 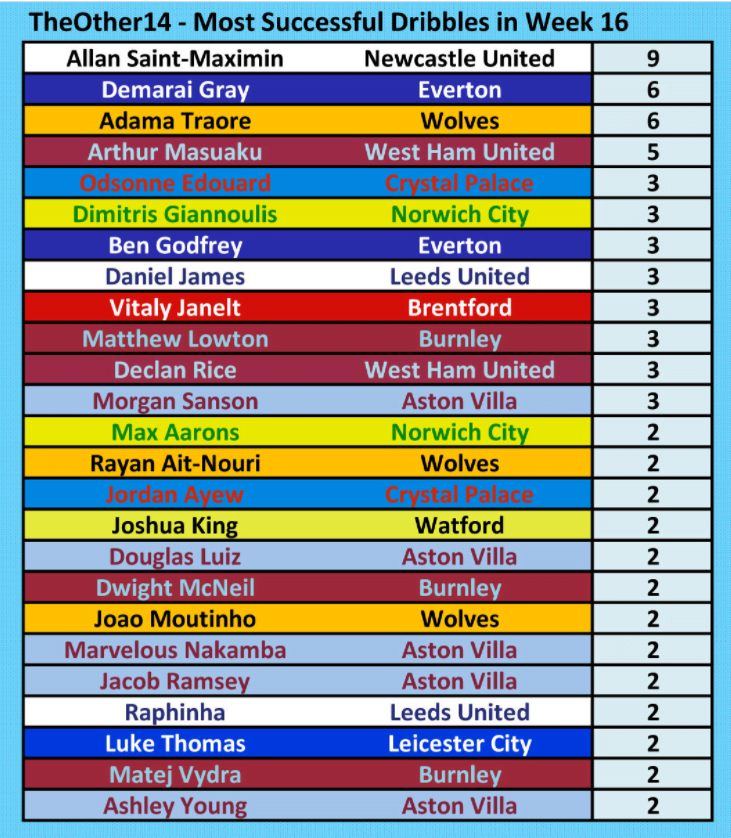 Whilst there is no doubt that Allan Saint-Maximin needs to find a level of consistency if he wants to make it to another level, in this NUFC squad he stands out a mile, for positive reasons.

In the two and a half years he has now been at the club, Newcastle United have only won five Premier League games when Allan Saint-Maximin hasn’t started, plus one of those five was Burnley away last season when Newcastle were feeble and losing 1-0, ASM came off the bench and in around seven minutes had scored and made one, United winning 2-1.

These are the stats for the 2019/20 and 200/21 Premier League seasons, when Allan Saint-Maximin was AND wasn’t playing for Steve Bruce:

As you can see, massive differences in every area.

Without Allan Saint-Maximin starting in Premier League matches these past two seasons, Newcastle United average per match – 0.76 points, 0.82 goals for, 1.76 goals against.

When it comes to winning ratio, Steve Bruce won only 15% of Premier League matches across 2019/20 and 2020/21 when ASM didn’t start in matches, BUT victories in 43% of PL games when Allan Saint-Maximin did start these past two seasons.

Rightly or wrongly, Newcastle fans perceived Steve Bruce’s entire attacking plan consisting of give the ball to Allan Saint-Maximin. ASM, the vast majority of times, given the ball in his own half and expected to do something by himself to find a way to create something, or at least get Newcastle United up the pitch.

For Eddie Howe, Newcastle United are still very much a work in progress, he has only had just over a month and a handful of matches so far, plus hasn’t been able to add to the group of players he has to work with.

The greatest Newcastle United player ever