The Liverpool team v Newcastle has just been confirmed.

Jurgen Klopp hoping to close back up close to Manchester City.

Pep Guardiola leading Man City to a 7-0 win over Leeds this midweek and stretching the lead at the top to four points.

Victory for Klopp’s team would put them back to within only a point of the league leaders.

Premier League table on Thursday ahead of the match: 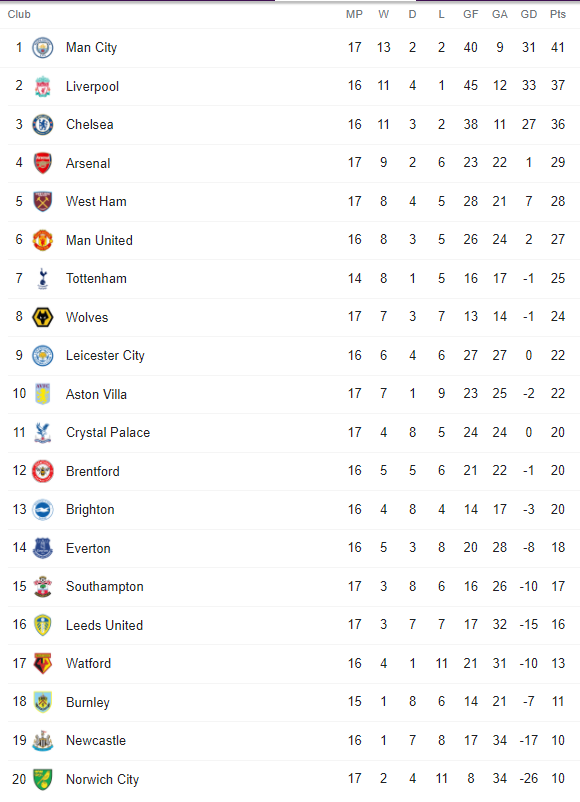 Liverpool had been scoring for fun, with 37 goals in their last 11 Premier League matches.

Needing an injury time winner at Wolves, then a disputed penalty halfway through the second-half at home to Aston Villa.

This ensured Jurgen Klopp had to make changes from the team that beat Villa at the weekend.

Liverpool Official Statement released just before the team was announced:

The three players are now isolating.

As a result, the entire Reds’ set-up, including all players and staff, were tested for COVID-19 again today with no further positive cases being detected.’

The confirmed Newcastle United team v Liverpool and subs are below :