And a huge thank you to….Mike Ashley

Who would have thought that Mike Ashley might actually have done us all a favour?

Let me explain, before you all think I might have gone a bit loopy.

For 14+ years Ashley ran our beloved club into the ground.

However, by sheer chance, Mike Ashley has also inadvertently due to his failure to allow proper investment, given the new owners a massive helping hand…

The result is that, in a table produced by the excellent football financial expert Kieran Maguire, for The Mail, the following emerges… 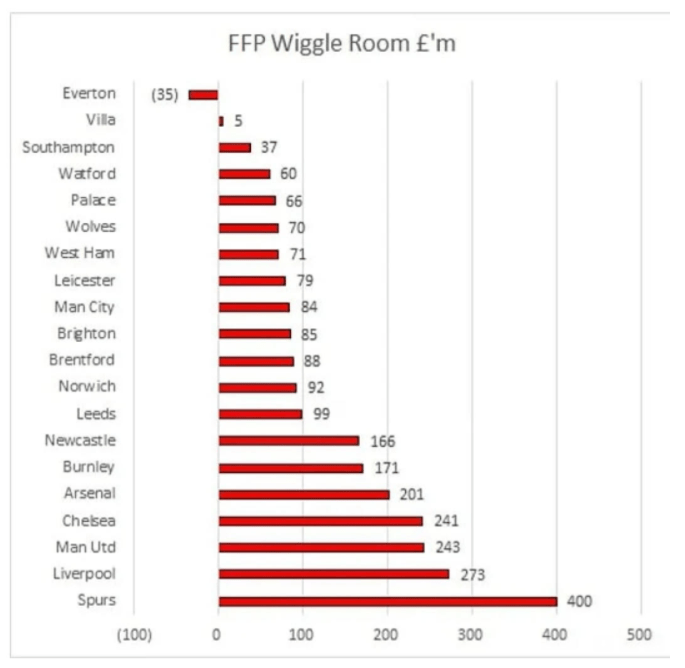 ‘Newcastle United have been propelled into the the Premier League’s big spenders.

The club will be able to spend £166m in a rolling three-year period and still operate within Financial Fair Play limits.

With the new Saudi-backed owners, the club can now afford to realise its spending potential.

However, analysts expect the club to quickly strike new commercial deals worth up to £100m that would expand the allowable expenditure to more that £200m, putting the Tyneside club in contention with Arsenal, Chelsea and Manchester United.

Meanwhile, Spurs’ profitability over the last decade mean they have the potential to spend more than any club.’

The Premier League have voted in new measures, specifically aimed at trying to prevent our new owners from skirting around FFP guidelines with new lucrative sponsorship deals. The measures aimed at curbing ‘related party transactions’ and at least limiting how much Newcastle United could raise by this route.

Despite these attempts by the Premier League, The Times in an article this week, stated that senior figures within football do believe that Newcastle United could / would be successful if challenging the rules with certain deals.

The Times explaining that:

‘The Premier League approved the takeover on the basis that it accepted the PIF was separate from the Saudi state. Newcastle, it is feared, could legally challenge any attempt to block large sponsorship deals from Saudi entities on the grounds that they should not be viewed as associated parties.’

Needless to say, all the relegation-threatened clubs and five of the “big six” (Man City excluded) voted for the new measures.

However, as the FFP ‘wriggle room’ table shows above, under Mike Ashley the refusal to allow proper investment at NUFC means that our rolling 3-year allowed expenditure allowance is still huge. That is before any new sponsorship deals are signed and significantly increase revenues / turnover, which in turn increases how much will be able to be spent.

Arsenal have recently signed a new £210m deal with The Emirates while citeh, on top of their £45m-a-season Etihaad sponsorship have agreed a lucrative new sponsorship package with the Midea Group.

So just what they think they can limit Newcastle United to, remains to be seen.

So, let’s all give FCB Mike Ashley a huge round of applause. All together now…maybe not!!!

‘I can’t give them a more damning appraisal than that…’

Watford fans comments on Newcastle fans, late equaliser and what it means, how good/bad are NUFC