Eddie Howe and his players next face Manchester United on Monday (27 December) at St James Park.

I have been interested to read what is being said ahead of this match, especially from so many Newcastle United supporters.

I completely understand why fans would be worried by the current Premier League position for NUFC. However, I don’t understand the defeatist / fatalist leanings of so many.

This is how the Premier League looks at Christmas 2021: 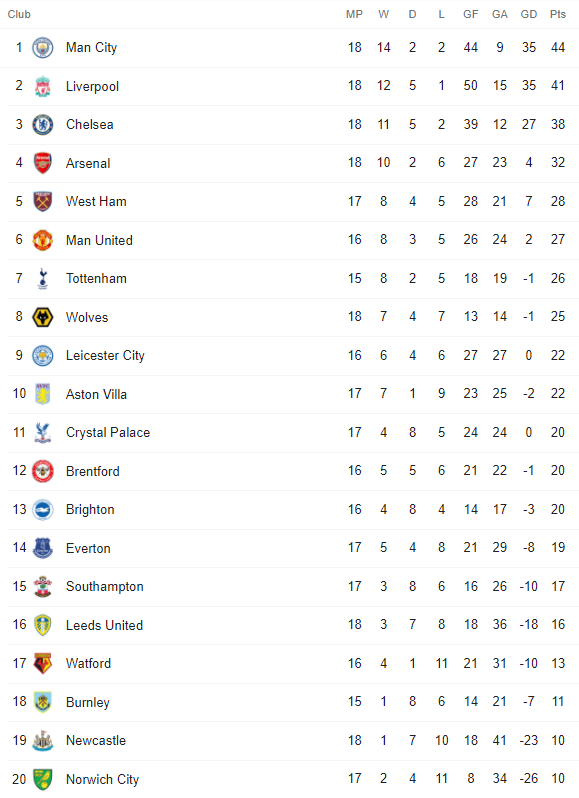 So many outsiders and indeed a sizeable number of Newcastle United fans as well, seeing it as almost an impossibility for their team to pick up many (any?) to recover from this position, relegation supposedly all but certain.

I would like you to look at this Premier League table from 27 December 2014, after 18 rounds of games played, exactly seven years to the day when we play Man Utd on Monday: 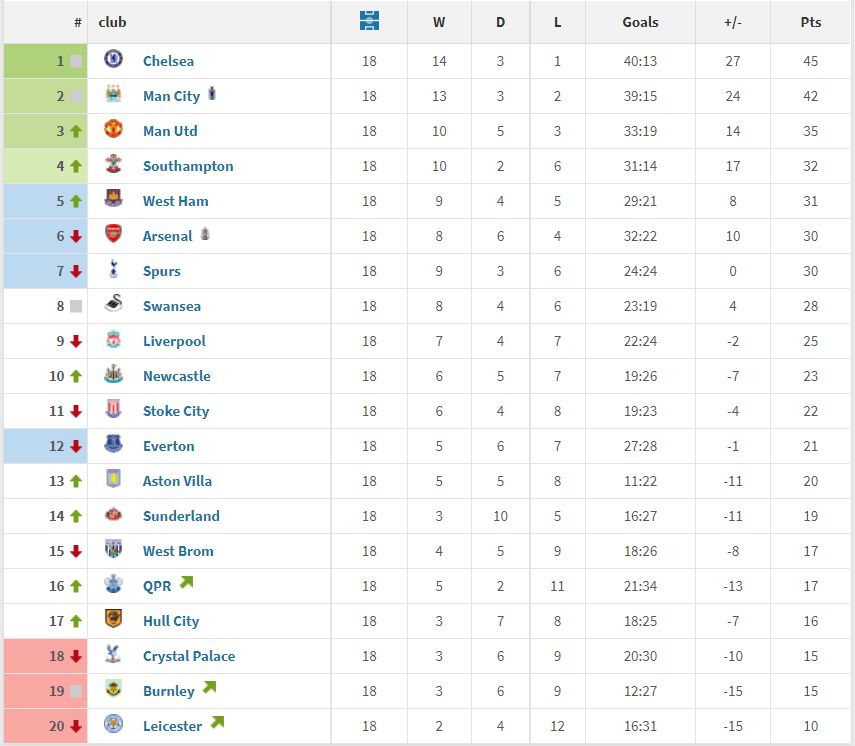 As you can see, Leicester City rock bottom on 10 points.

Looking higher, Newcastle United were 10th after 18 games with 23 points and indeed moved on to 26 points when winning PL game number 19 that season, a 3-2 victory at home to Everton.

That Everton match then seeing Alan Pardew walk away after it to join Crystal Palace. Mike Ashley then giving John Carver the job at least until the end of the season, after all, what could possibly go wrong…

As for Leicester City, seven years ago they were six points from safety after 18 games back in 2014/15, whereas Newcastle are currently still only three points off safety, albeit that other clubs have games in hand. A positive though for Newcastle United is that they have just played the two best teams in the Premier League and got those games out of the way. 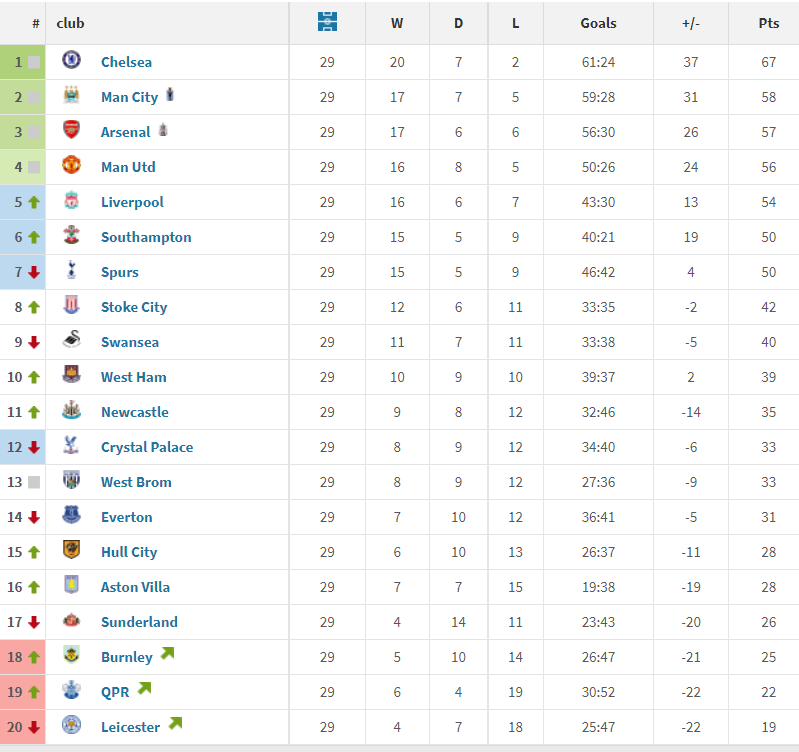 After that mini three match revival, Leicester quickly lapsed, the following eight games only bringing two points from a possible twenty four, with six defeats and two draws. So, after 29 games, Leicester still rock bottom and seven points from safety with only nine games to play, still some 21 points (with only 27 to play for) from the supposed 40 points more or less guaranteed safety mark.

Then something remarkable happened… 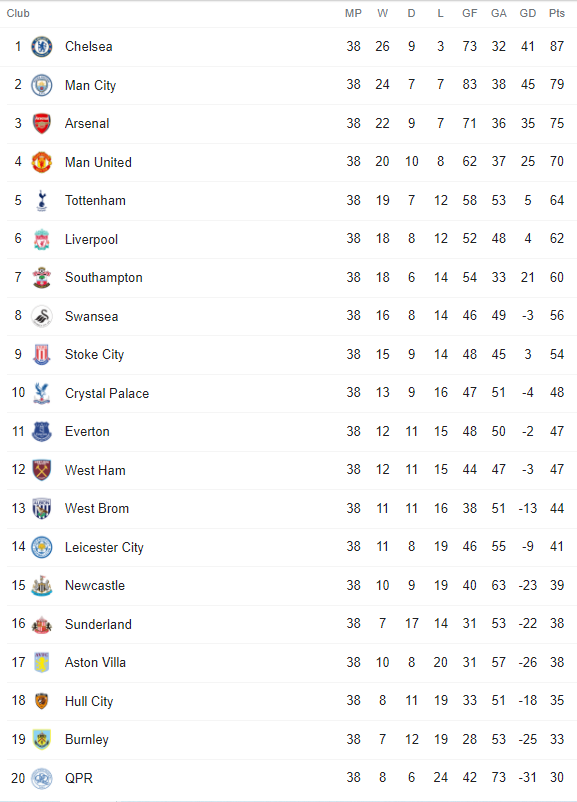 As you can see, Leicester City not only surviving, but also ending up above Newcastle United, who needed Jonas Gutierrez to inspire them to a final day win over West Ham, to finally ensure there would be no relegation for NUFC.

Before that win over West Ham, John Carver presiding over 19 games (all competitions), with two wins, four draws and thirteen defeats.

In that final nine match run-in, Leicester won seven and drew one, only losing to eventual champions Chelsea. Picking up 22 points from a possible 27, actually ending up six points clear of trouble.

Now I don’t want Newcastle United to leave it quite that late this season BUT it does show what is possible.

Newcastle will strengthen with some better players in January, whilst the overall challenge is simply to be better than any three of Norwich, Watford, Burnley, Leeds, Southampton, Everton and potentially one or two others.

After Man Utd on Monday, the following five matches are all against teams from that group of clubs who are also at the bottom, so by 8 February 2022, Newcastle United will have played Everton away, Southampton away, Watford home, Leeds away and Everton home.

By that point, the situation could look so much better, or so much worse…

Bottom line though, is that this is still in the hands of Newcastle United, just needing to be a little bit better than three of these not very good teams, with help also coming in the form of January signings.

Also, none of these other struggling clubs have the benefit of knowing they will have sell out home crowds every time with the support of almost 50,000 fans.

Just keep believing and you never know, we might also get the odd refereeing decision and bit of luck heading Newcastle’s way as well.