After the weekend of matches, which included Newcastle’s draw against Brentford, the rankings have now been updated. 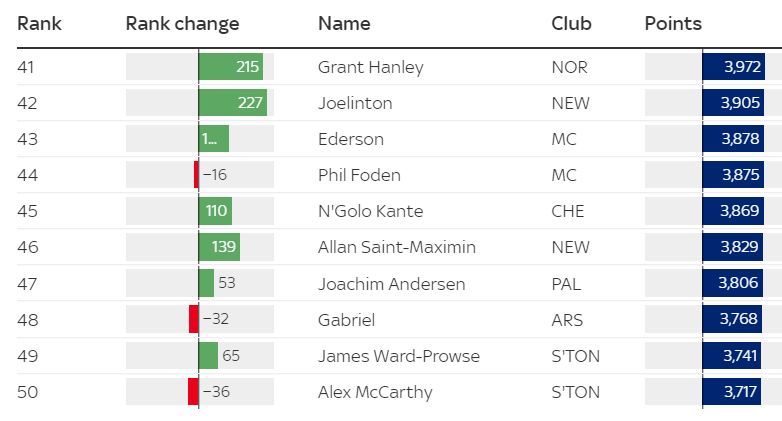 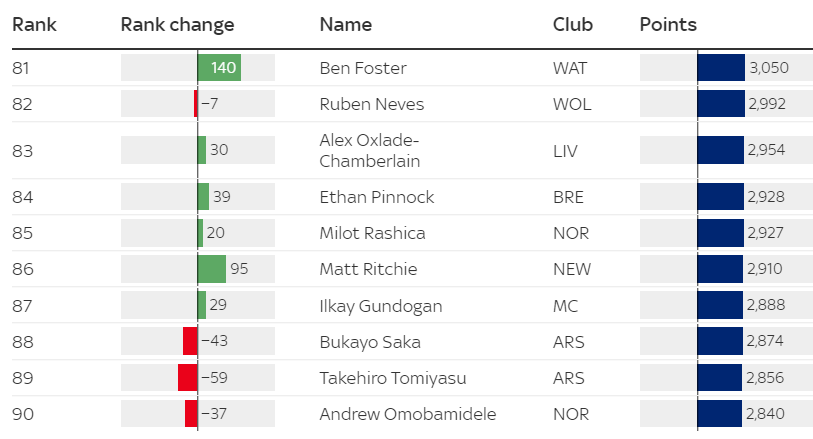 As you can see, amazingly, despite Newcastle United having such an appalling start to the season and no wins in their opening thirteen matches, including 12 in the Premier League. Two players ranked in the top 50 by Sky Sports for their recent form.

A much improved Joelinton scoring performance on Saturday helping him into 42nd place on the list.

Whilst Allan Saint-Maximin was another who benefited from the training with Eddie Howe and more attacking emphasis, his goalscoring performance also helping him into the top fifty at number 48.

The only other Newcastle United player to make the Sky Sports top 100 based on recent form, was Matt Ritchie at number 86.