How the Premier League form table looks ahead of Newcastle United taking on Brentford. 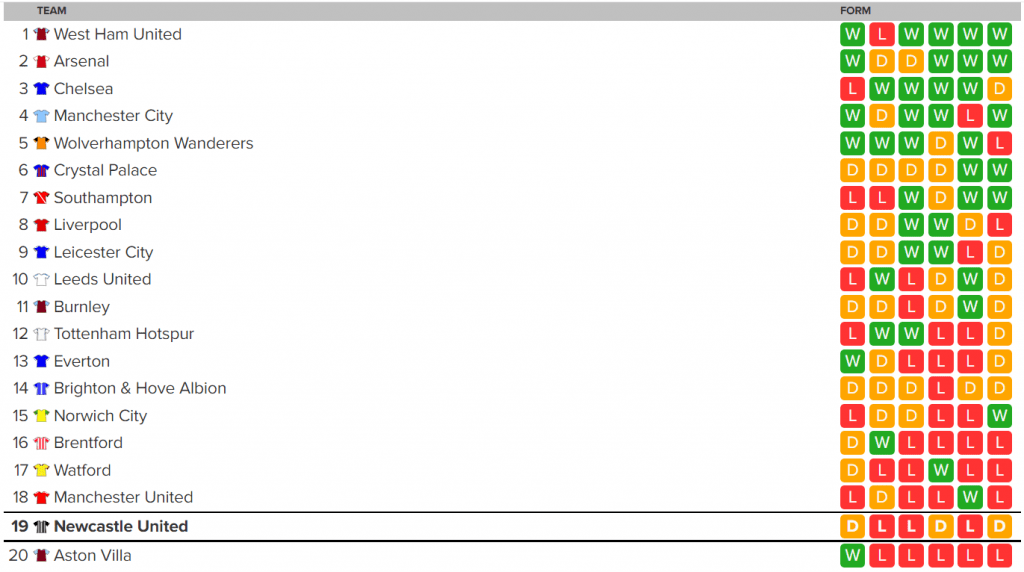 The last six results for Brentford with latest one listed first:

This is how the Premier League table currently looks on Thursday morning: 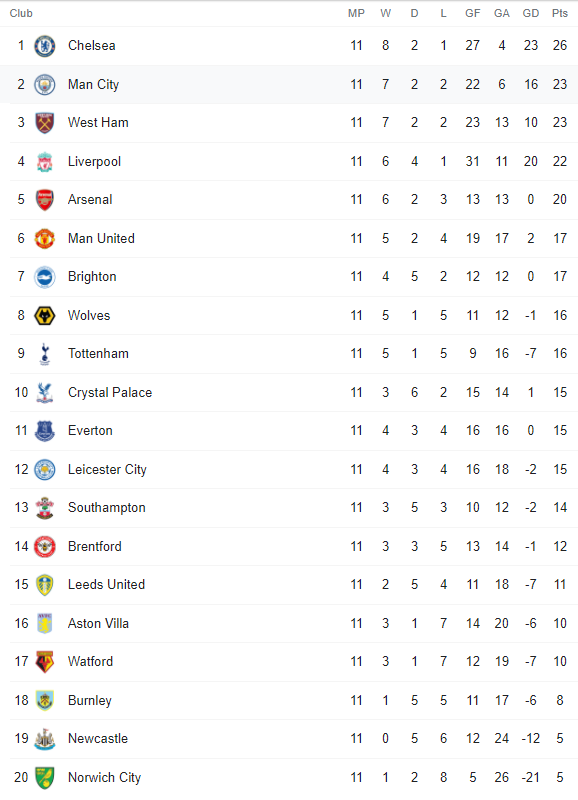 With a host of injuries and early season form / momentum becoming quickly a distant memory, beating West Ham and that thrilling draw with Liverpool, are now feeling an awful long time ago for Brentford. Results and performances becoming increasingly poor, culminating in those defeats against Burnley and Norwich.

To put it into perspective, Norwich and Burnley had played 20 other PL matches between them and not won a single one.

A bit of a surprise to see Aston Villa at the very bottom of the Premier League form table, they could make it six PL defeats in a row if losing at home to Brighton on Saturday. Steven Gerrard clearly has a massive job on his hands there.

This could be a pivotal weekend for Newcastle because the likes of Brentford and Villa are in freefall and with Norwich and Burnley the following two home matches, NUFC beating Brentford could be huge for all kinds of reasons.

Watford are another club sinking fast and their longer PL formline shows that apart from the lame draw Newcastle got with them, Watford have lost seven of their other last nine PL matches, with only a win over Norwich and that freak collapse by Everton, giving them any respite.

Watford are home to Man Utd on Saturday and hopefully we can rely on them to keep that slide for the Hornets going…but speaking of surprises, Man Utd third bottom of the Premier League form table with only four points from a possible eighteen is astonishing.

As for Newcastle’s recent form…well, I think we are all just seeing this as a fresh start on Saturday under Eddie Howe. Hopefully a massive win and the start of momentum that will see defeats turned into draws and draws into wins. The NUFC players are better than they have shown this season as a team and this Brentford match is where they have to now start and prove that is the case.