Newcastle United and football is my number one passion in life….right up their with my family.

I am also an avid boxing and cricket fan, whilst my other main interests are the history of cinematography and a great love of popular music.

In this article I am going to try and combine two of the above and seek a perfect song to sit alongside what I believe is, going to turn into a football revolution and cultural phenomenon on Tyneside.

During the Toon’s 1999 FA Cup run all the way to the final….Radio Newcastle and Mick Lowes adopted the New Radicals’ “You get what you give” as an unofficial anthem.

It was an uplifting tune and came to epitomise Newcastle United as we headed into the final as underdogs, against Fergie’s treble chasing Manchester United.

When Newcastle United won our last major trophy (Inter City Fairs Cup in 1969) the Beatles were Number 1 in the UK charts with “Get Back”.

It was one of the Fab Four’s finest and whenever I think of Bobby Moncur holding aloft the Fairs Cup it springs to mind.

Five years later in May 1974, Abba had their first UK number 1 and it coincided with Newcastle’s “Waterloo” moment, on a rainy day at Wembley against Bill Shankly’s formidable Liverpool.

Wor Susan had decided to get married on the 4h May 1974 and I watched the final in the Foxhunters in Hillheads. 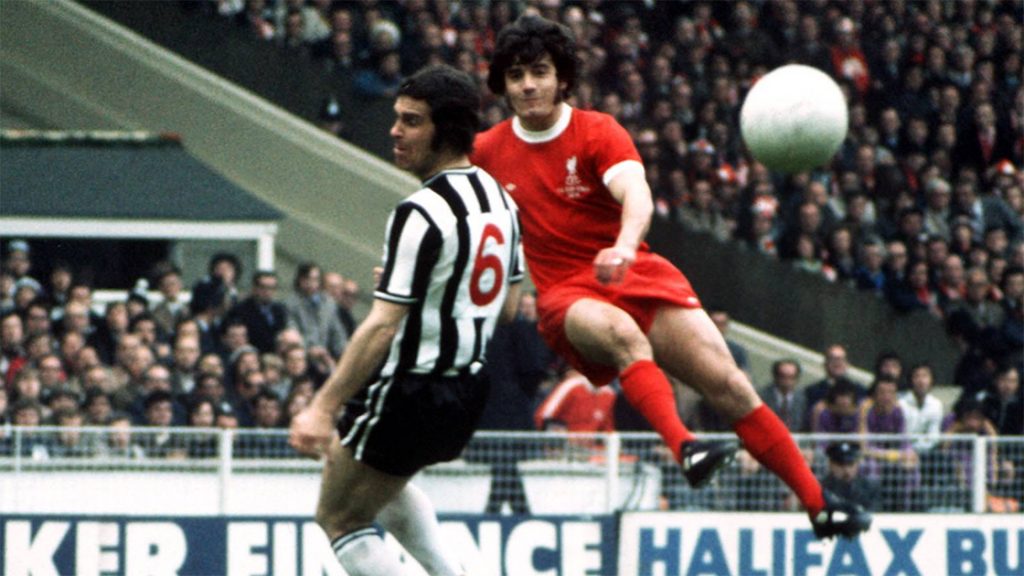 This was my first taste of heartbreak as a Newcastle supporter and I remember sitting quietly at the night-time reception as my Aunties and female cousins gyrated to the new Swedish sensations.

Roll onto the 28th February 1976 (my birthday) and Newcastle faced Manchester City in the League Cup final. “December 63…Oh what a night” by the Four Seasons was the UK number 1.

Well it wasn’t such a good-un for us, as we went down to an overhead kick from Newcastle born Dennis Tueart.

Another of my mates, now residing in North Shields – Paul Cannell, was our sub that day and he later went on to be a DJ when his football career finished.

Throughout the last five to six decades… following Newcastle United and enjoying popular music have went hand in hand.

When I first caught the bug and became a young foot soldier following the black and whites up and down the land, the Sex Pistols were my favourite band (They actually still are).

That’s how when we got into the 1980s, it was pretty strange to see Magpie fans at Rotherham with black and white tartan scarves tied around their wrists….1970s Bay City Rollers style. 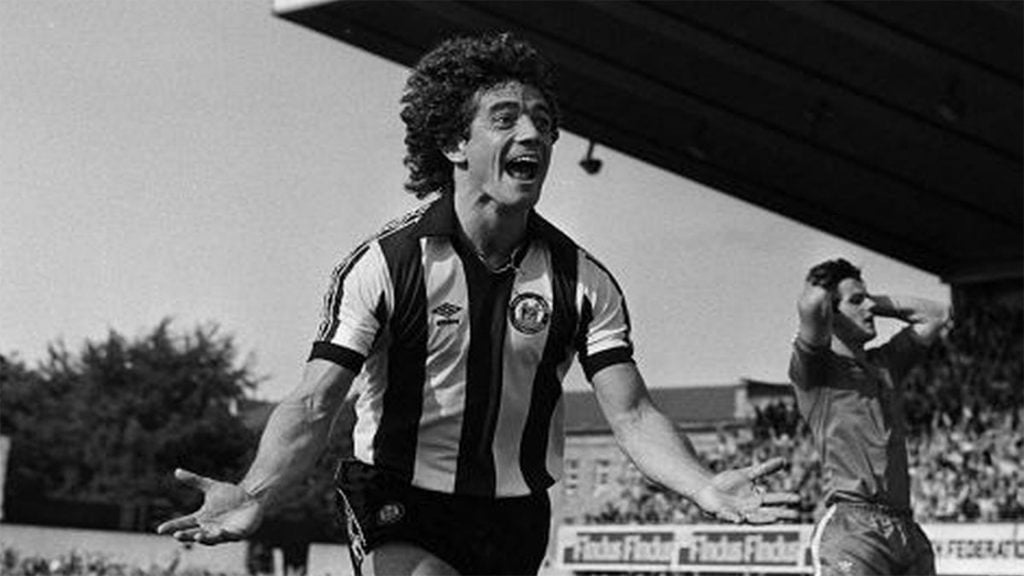 On the 2nd of October 1982, Kevin Keegan banged in four at Millmoor and the travelling Geordie hordes on the terraces were singing out in tribute:

To Dexy’s Midnight Runners “Jackie Wilson said” which was a hit at the time.

Fast forward to April 29th 1992 and David Kelly saving Newcastle’s bacon against Portsmouth at St James Park. “Deeply Dippy” by Right Said Fred was number 1….and it pretty much summed up how we all felt with the relief of the final whistle.

Four years later on and 4th March 1996 Newcastle United were top of the Premier League, seemingly heading towards our first League Championship since 1927.

Take That had taken the number 1 spot in the pop charts with “How deep is your love”…..and it was Gary Barlow’s Manc mates who took the spoils at St James’ courtesy of an Eric Cantona miss-hit.

There are many sad songs that would sum up the miserable Ashley years between 2007 and up to five weeks ago and the takeover.

Yesterday I had a couple of pints with my mate Colin Watson on the second anniversary of his Dad, “Big Colin’s” death. His funeral song was Sham 69’s “If the Kids are United”, which is a classic and a song that I used to pogo to with my late father in the Percy (happy days).

For the last couple of days, I have been delving into the past to try to find a song that I believe is appropriate to how we move forward into our new era.

I whittled it down to two….

Before deciding that there was only one that could really represent and encompass the new hope of the fans, the manager, the club and our new owners.

Canned Heat’s “Lets work together” with the awesome line: “United we stand, Divided we fall”, was my runner-up, and as a fan of the band it seemed ideal, but eventually there could be only one in my book.

“Altogether Now” by the Farm was released in 1991 and I remember dancing and singing to it with my South Shields mates in Limelights club when it was a hit. What makes that memory more poignant is that some of the lads that night were actually red and whiters.

As some of you know, I served my apprenticeship over the water, and so the lyrics of camaraderie resonated with us that night.

Thirty years down the line this song still moves me, and as a proud Geordie who bleeds black and white, I reckon that this could be the anthem that Unites us as we go forward, whilst not forgetting where we have came from.

Here’s one of the chorus’

All those tears shed in vain,

Nothing learned and nothing gained

I’m sure readers will come up with alternatives in the comments…and I especially look forward to seeing the ones from the older lads.