The ultra defensive set-up took Newcastle United to within 26 minutes of a precious point against the league leaders.

However, it also almost completely stifled any chance of Allan Saint-Maximin getting properly into the game.

Once Chelsea scored with 25 minutes left, it was a case of how many they would win by, but Allan Saint-Maximin did in that second half have a handful of runs against overwhelming numbers (Chelsea players) in a brief five or ten minute period when with a bit more support just maybe the French winger could have potentially created the chance for a goal that Newcastle could hang onto for a valuable point (or better…).

Allan Saint-Maximin showed in those brief moments of dribbling against three, four, or even five, Chelsea players, just what he is capable of, the visitors though knowing for a fact that if they crowded out ASM, nobody else was going to be a threat.

Monday morning has seen a new report published, looking at the best dribblers in World football.

The CIES Football Observatory presenting their report on the most active and best dribblers in 33 leagues worldwide this season, according to the data from their partners InStat.

‘Only players having attempted at least 40 dribbles in the current season (or in 2021 for the Brazilian Serie A) are included in the rankings. A dribble is defined as an active action performed by a player in order to get through an opponent.

Players are ranked according to a Dribble Index, i.e. the percentage of successful dribbles divided by the dribbling attempt frequency (minutes of play per dribble).’

This table shows the players at the very top of all those 33 leagues Worldwide: 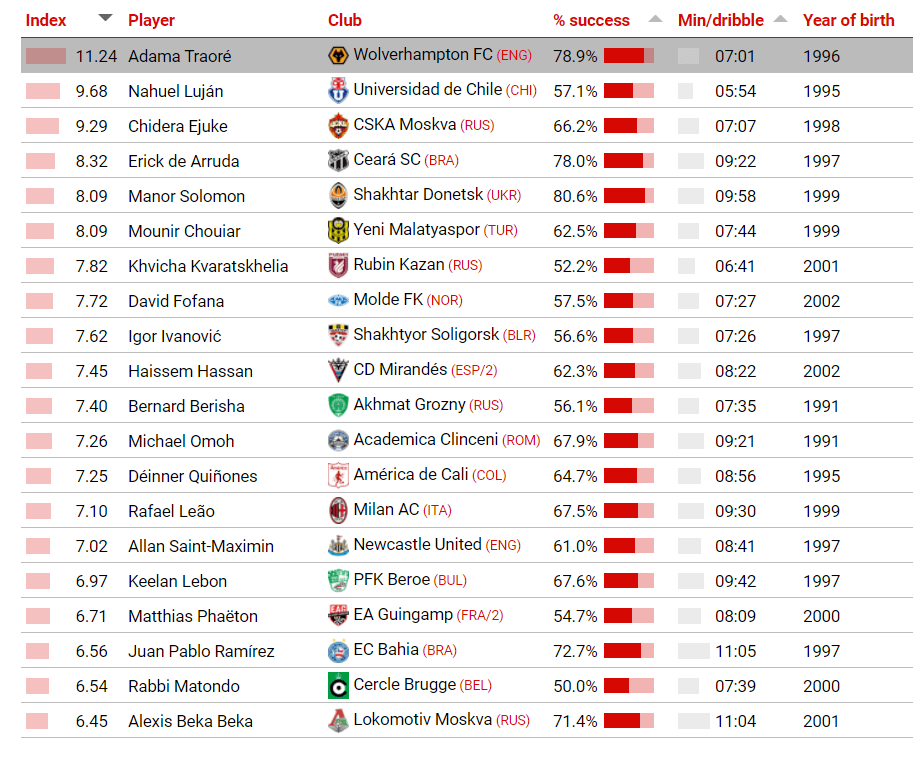 As you can see, the highest score overall was recorded for the Wolves Spanish winger Adama Traoré (11.2), ahead of Universidad de Chile’s Argentinean Nahuel Luján (9.7) and CSKA Moskow’s Nigerian Chidera Ejuke (9.3).

However, in fifteenth place is Newcastle United’s Allan Saint-Maximin (7.02), quite remarkable considering just how badly Newcastle have struggled and how negative the set up has been so often.

Then when you look at just those players in the big five European leagues (Bundesliga, Ligue 1, Serie A, Premier League, La Liga): 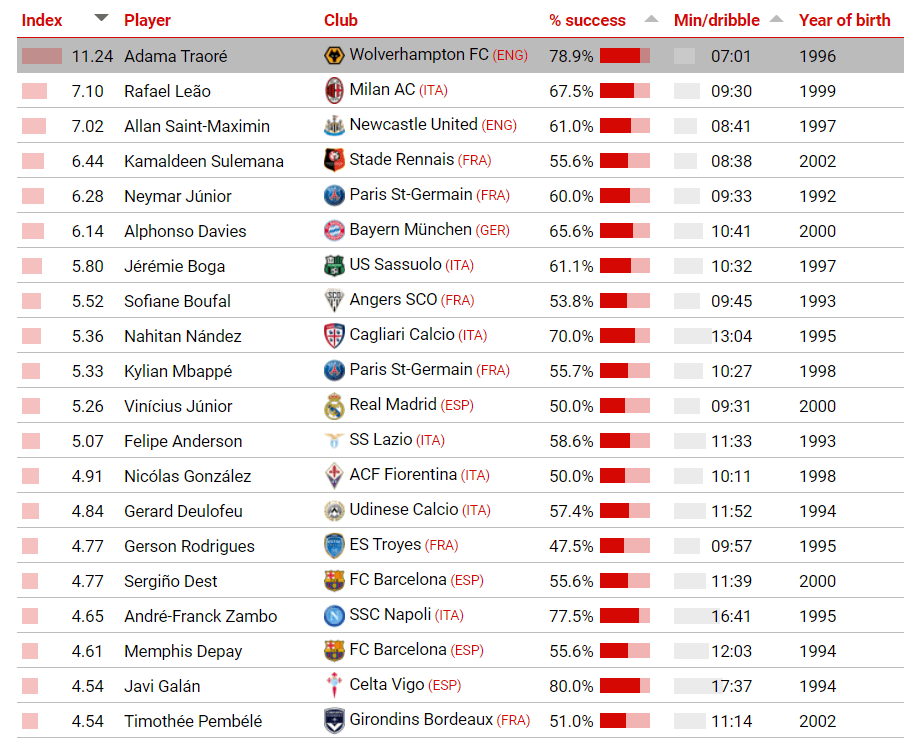 As you can see, when you look at just the top five leagues in Europe (in effect, the World, I’m guessing / assuming), Allan Saint-Maximin only has two players ahead of him.

Of course, these things are very hard to measure exactly, but what we have seen with our own eyes is that if ASM is given the opportunity to show what he can do, he can really deliver.

Allan Saint-Maximin started the season with a goal or an assist in five of the first six Premier League matches and one of the biggest priorities for the new Newcastle United manager, will be how to get ASM into the best form and positions where he can start to help NUFC climb out of relegation trouble.

Joelinton can do it all…including scoring goals – Eddie Howe