Interesting overview of Newcastle United for the season and Saturday’s match against Brighton.

They have analysed all Premier League matches this coming weekend, including Newcastle United at Brighton.

Their computer model gives Brighton a 55% chance of a win, it is 25% for a draw and a 25% possibility of a Newcastle win (percentage probabilities rounded up/down to nearest whole number).

When it comes to winning the title, they have the probability Man City a 36% chance, Liverpool 36%, 26% Chelsea and the rest nowhere. 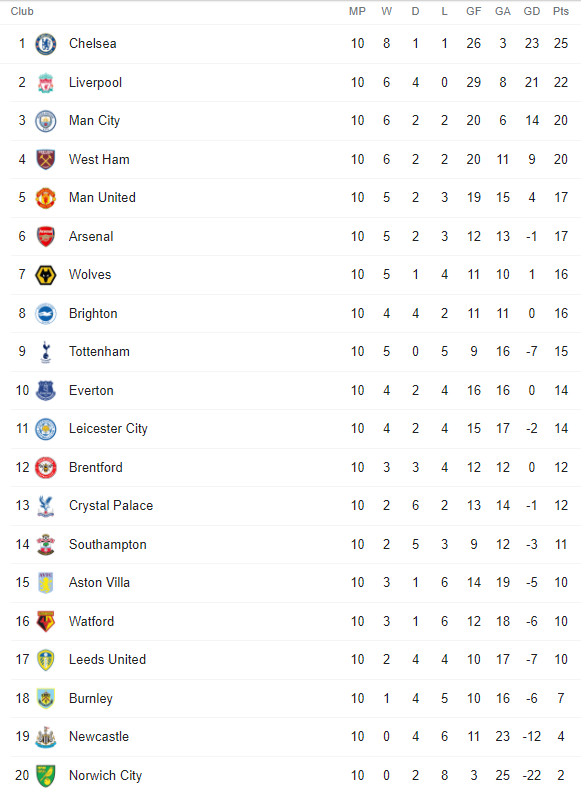 There have obviously been massive changes off the pitch for Newcastle United in this past month and news on Thursday night that the appointment of Eddie Howe is imminent, BUT for a predictions model like this, it is all based on stats and what has happened in previous matches, plus difficulty of game left to play etc.

So a change of ownership and replacement of Steve Bruce with a proper manager, doesn’t change their probability of Newcastle United winning or not, from what was the case before the new owners (and imminent new manager…) came in.

As for the bookies though, they HAVE factored in the takeover when it comes to the relegation odds.

Obviously, Newcastle still have to do it on the pitch and after eleven games without a win this season including only four points from a possible thirty in the Premier League. However, it is significant for the bookies to see NUFC as still more likely stay up at 5/4, which is roughly 55%.

Whereas the probability / stats model has Newcastle on only a 39% chance of staying up.

Lets hope these percentages / odds start moving in the right direction ASAP, though Brighton is a tough start for Eddie Howe if his appointment is confirmed ahead of the match. There then follows what looks an absolutely key set of games, the next four matches featuring an away game at Arsenal mixed in with vital home games against Brentford, Norwich and Burnley.